There's a little exchange between Scrooge and the first of the three spirits, when Scrooge wants to know if the spirit is taking him to see Christmas "long past?" "No, your past," she answers. He's probably relieved. A lot of folks seem to think that if it doesn't directly deal with themselves it isn't important. Scrooge is definitely one of these people.

The piece I'm going to share today is from the "long past." It's around 300 years old. And it is probably the most well known of the pastorals I'm going to play for you this Christmas season. In case you missed it, I'm on a "pastorale" jag this month.

This one is from a Mr. Johann Sebastian Bach. If you don't know it, you should definitely make its acquaintance. But before going on to the new pieces I discovered for this season, I feel the need to review.

Like the other pieces we've explored this week, it is in a triple meter. Like the others, it has a drone note in the bass. Those simple shepherds! And a kind of hunting call (similar to Grieg's idea of morning in the country from the "Peer Gynt" suite, an observation you can borrow if you really want to show off at parties).

Like the others, it evokes the countryside, and the simplicity of the past. Though for me, it may be the complexity of the past as well. You see, for me this piece is not simply a relic of musical history; it is intertwined with my personal past as well.

I've been playing it now, on and off, for over 20 years. The first thing I remember about it is the organist from my very first church job mentioning his own Christmas tradition of playing this piece every year. I suppose that may be how it became mine.

Except that I don't play it every year. I've probably played it five or six times in those twenty plus years. I like to find something different to play each year, which not only expands my repertoire, it gives each Christmas its own unique musical identity. But that isn't what customs are built on. They involve a return to the same thing you did last year, in the hope that it still has meaning, and, in each individual instance, comfort comes from being part of a larger tradition. Also, you can turn off your mind and just do it because you are supposed to. That's got to have mass appeal.

I'm writing this blog while staring at a large bit of herbage we displaced from a local tree farm and decided to place in our living room, to be festooned with lights and ornaments.  Objectively, I'd say we are nuts for doing that, but it's a Christmas tradition, so not only are we allowed this bit of looniness, we are even encouraged. We've been doing it every year we were married save the first year. This year makes tree number nine. It's actually the nicest specimen yet. Want to see it? (of course you do) 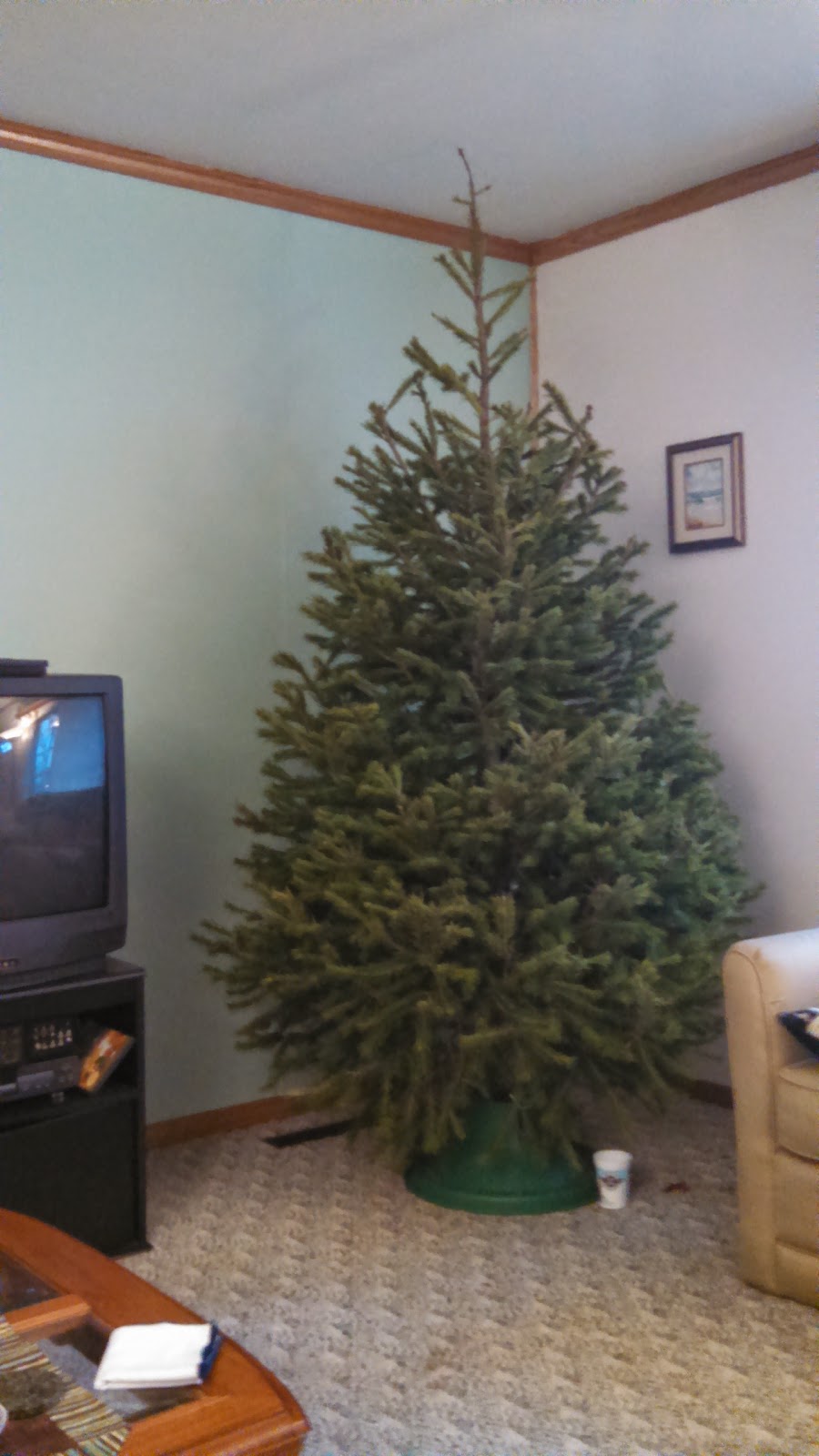 Here is Bach's pastorale: comforting, serene, an evocation of the halcyon past. Enjoy!

Bach: Pastorale in F  (movement one)