A Visit to the Buzard Factory

Last week I went to the "organ hospital" to see what had become of our console. Sensitive organists may need to look away, or skip down to the next picture, because what follows is very graphic! 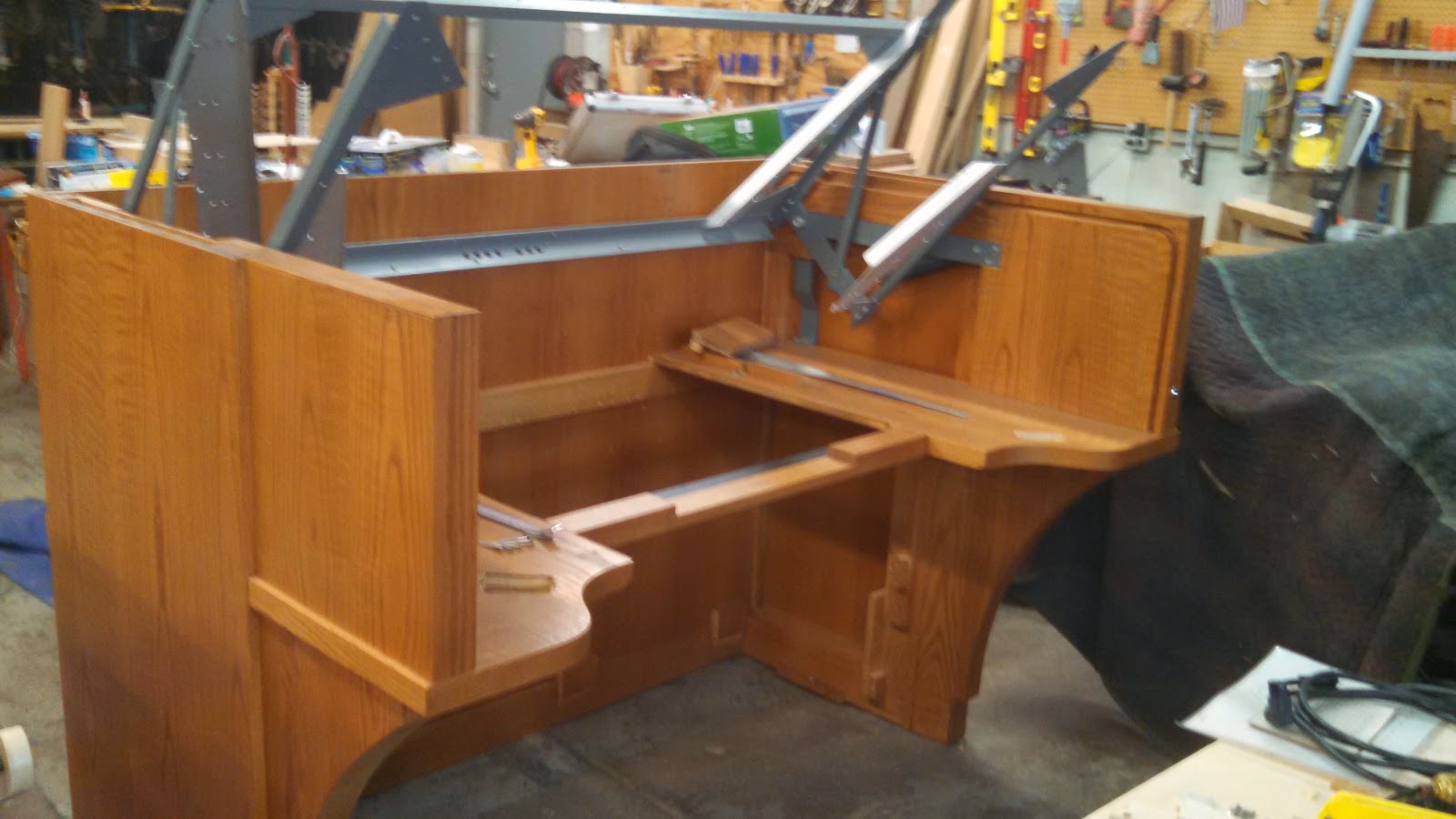 All the internal organs have been removed for rewiring, cleaning, re-bushing, and so on. Only the outer shell remains (Some insensitive clods I work with have been joking that the organ is just a "shell of its former self." Geez! :-)

Some of those pieces are below. For instance, I submit to you the "stop jamb" 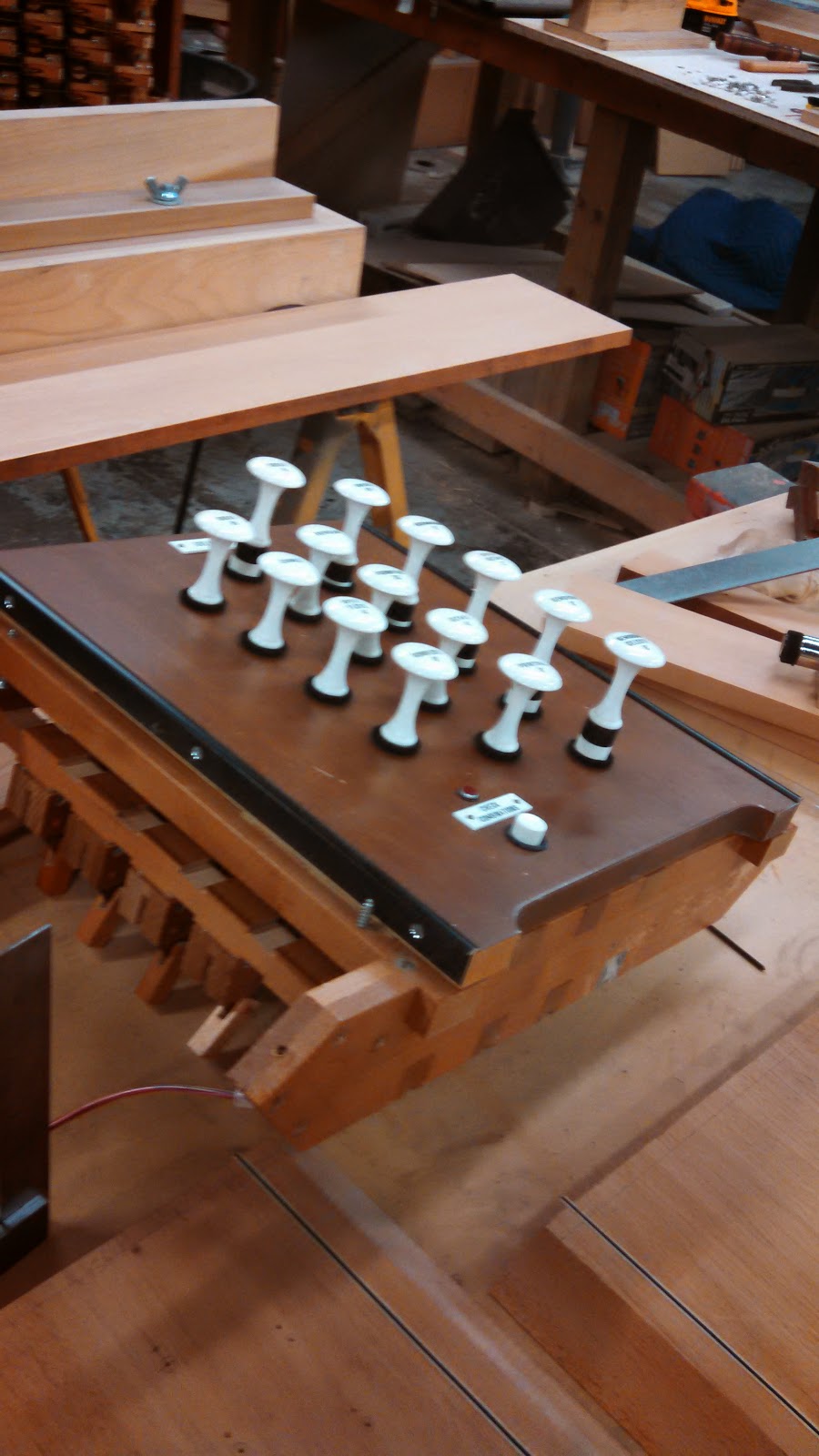 Apparently those were all the pictures I had the strength to take! But I got plenty more from the factory tour, which I'll show off next week. And on a thrilling note, I'd like to make an announcement. The new parts for the console have arrived. Would you like to see them?

I thought you would. Here, for the first time, this sneak preview of our exciting new console!.... 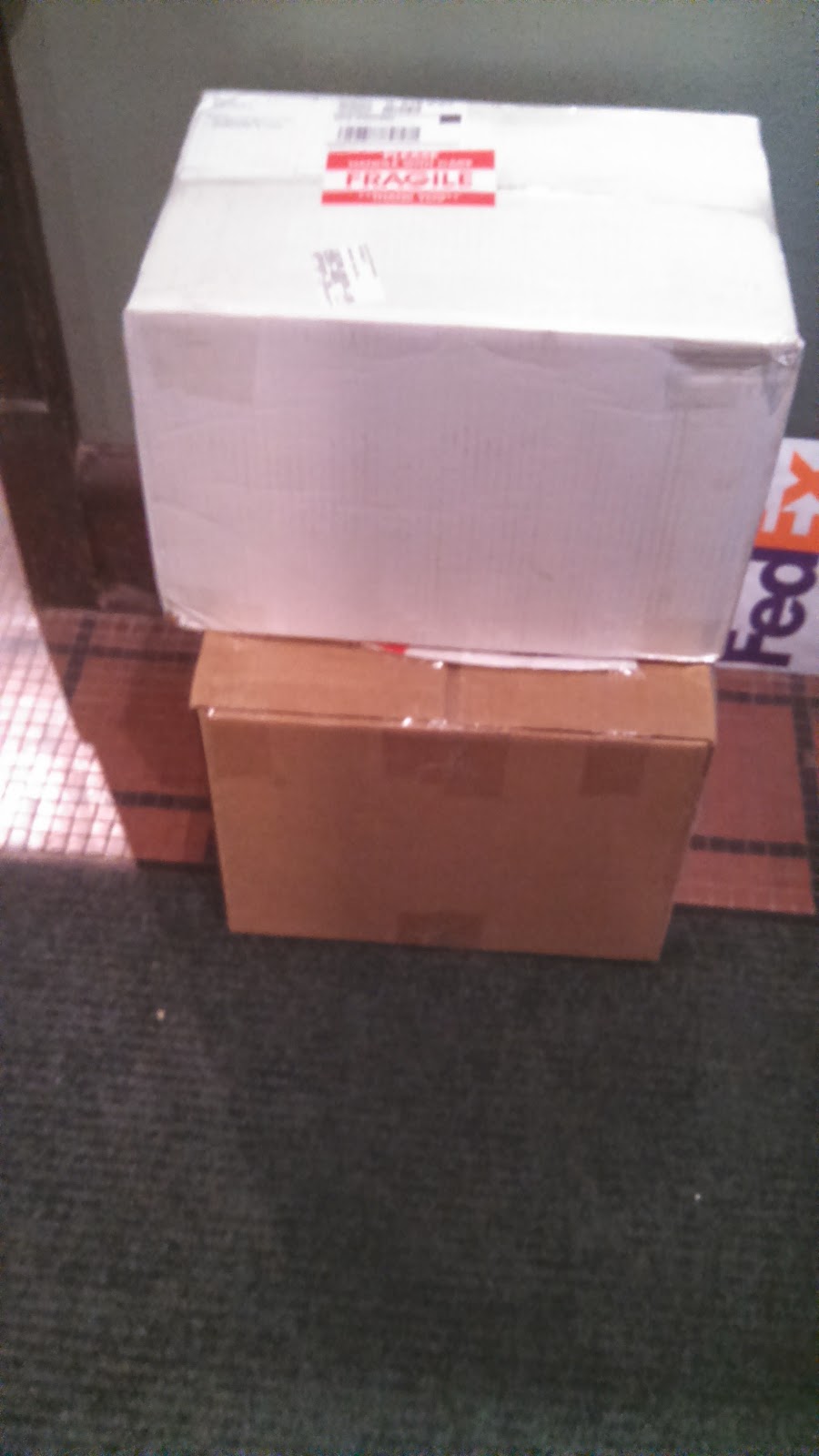 They are in those boxes, sitting in the front hallway of the Buzard factory. Don't feel cheated; I'm sure we'll all get to see them in their intended glory later on.