A Visit to Buzard's (part two)

I don't know what possessed me in my last installment to refer to Buzard's as a "factory." There is certainly nothing like a factory in the modern sense: nothing is automated, and they are not turning out hundreds of identical products. Instead, each organ is designed and built for a specific customer and a particular location. It may take a couple of years to build, and is still done by hand, mostly without the use of power tools.

Jean-Paul Buzard has been in business since 1984. Unfortunately, when our church organ was purchased, he had only been in business for a year and built I think one organ, so the committee wasn't sure he would have been a good choice to build ours. Too bad. He's certainly proven himself since then.

But the firm of Buzard is known nationally, and is busy in all 50 states--most of them, it seems, this summer! In the last few weeks they've installed a new organ of their own make in Pennsylvania, and re-tooled and moved organs in North Carolina and Texas. And those are just the ones I know about.

There are 16 employees at present. They punch in and out using the time-honored "drawknobs" in the hallway: 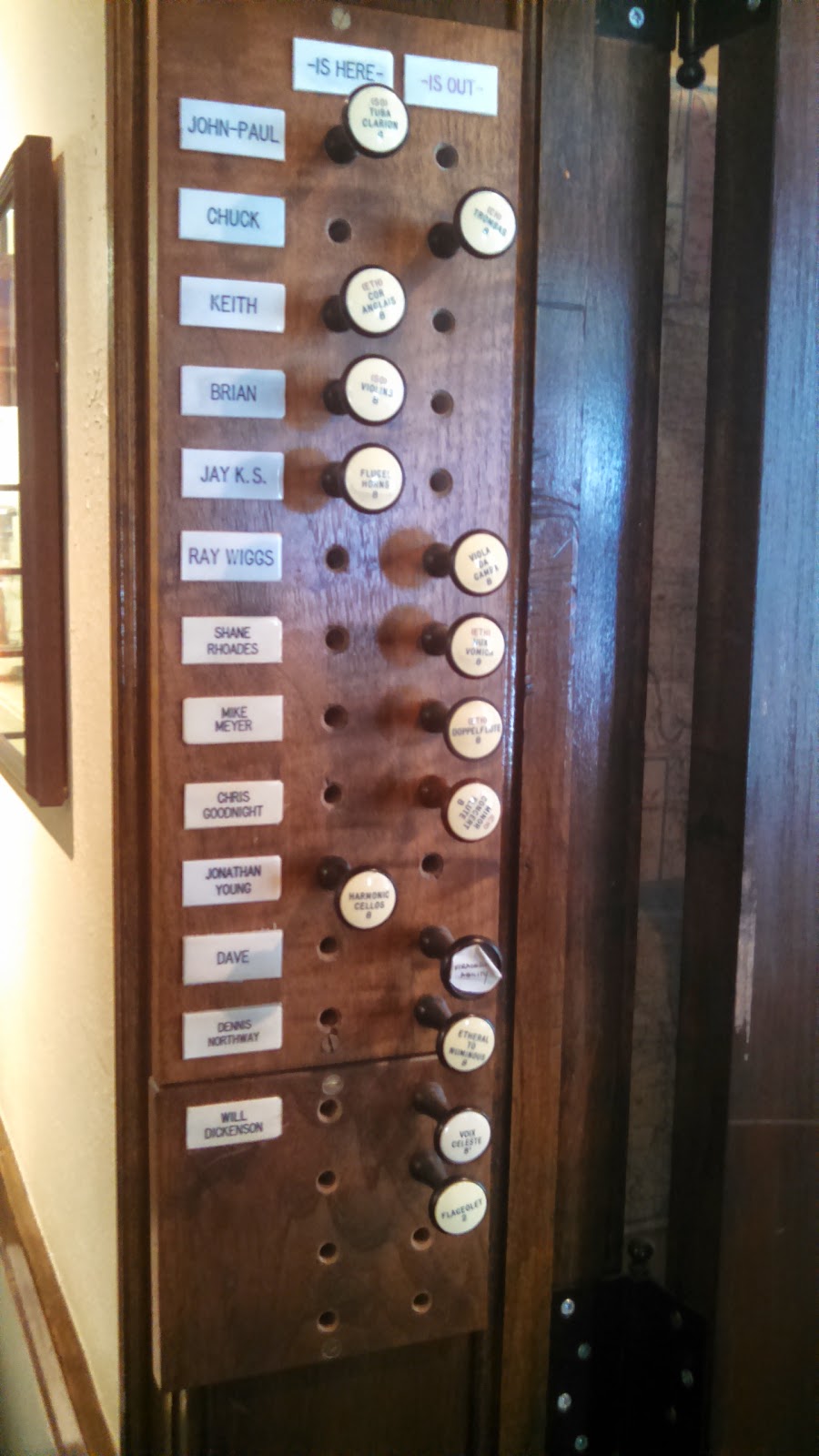 I wonder if the choice of stop says anything about the character of the employees (like, would the other employees make fun of you if you chose a 1' sifflote, or did everybody fight over who got to be the contra-bombard?).

It will be hard to convey the atmosphere in shop, but I'll try. On the first floor is a large workspace. 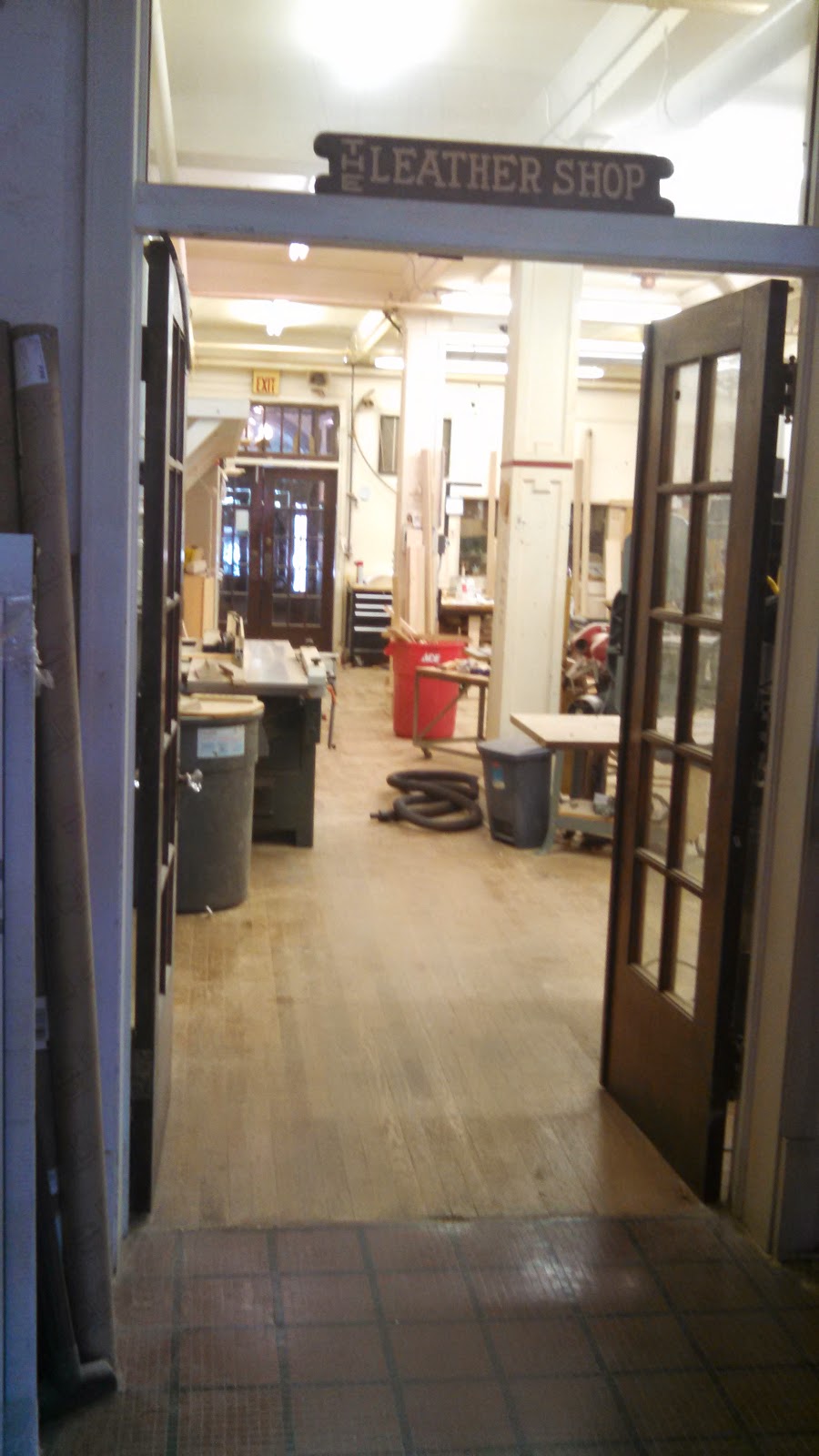 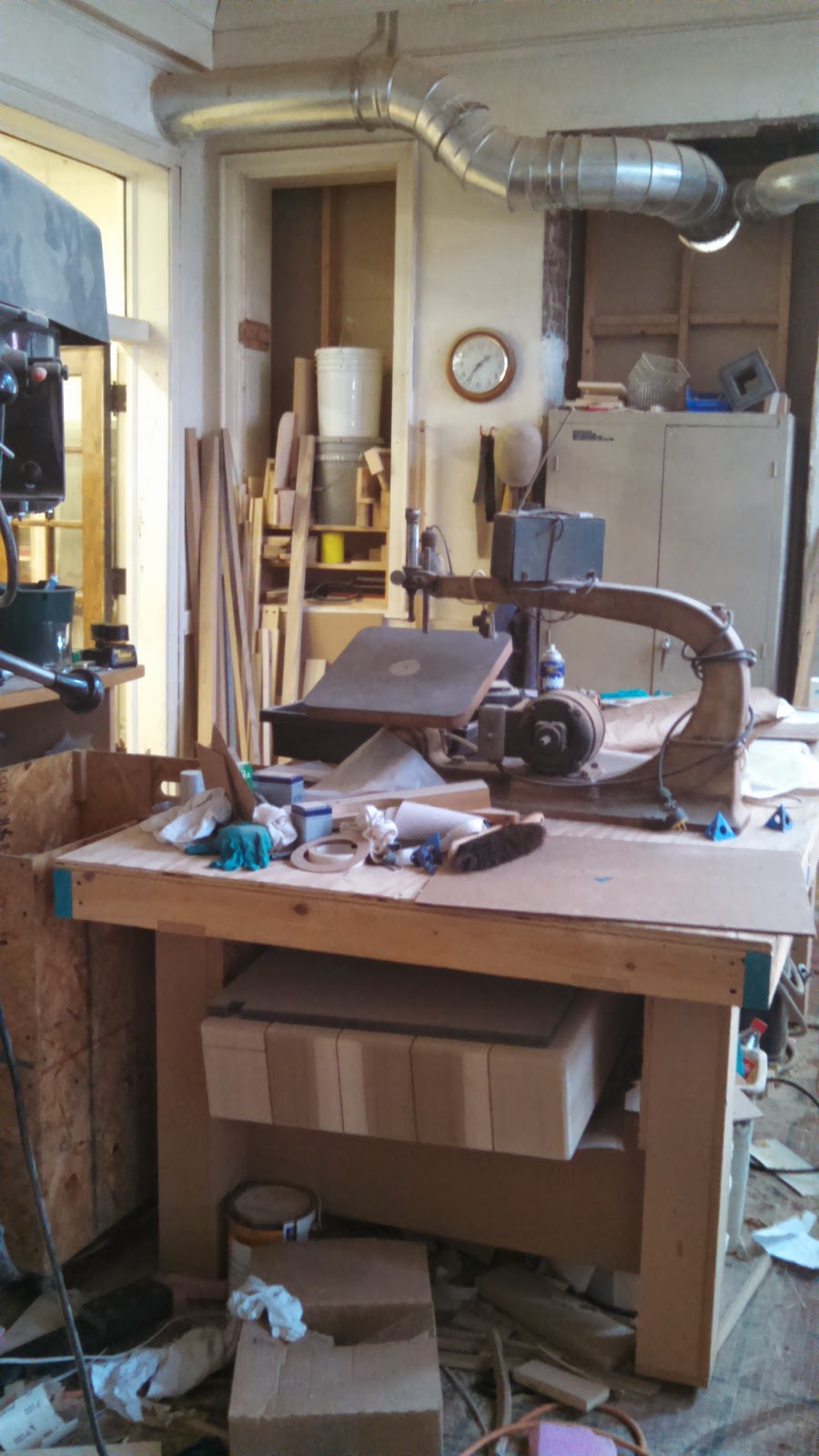 This is where the pipes and various other parts are made. But the room behind this one saw the most activity the day we were there. This is because they were shipping a new organ to Pennsylvania, wrapping the individual pipes in cellophane and putting them on a truck. 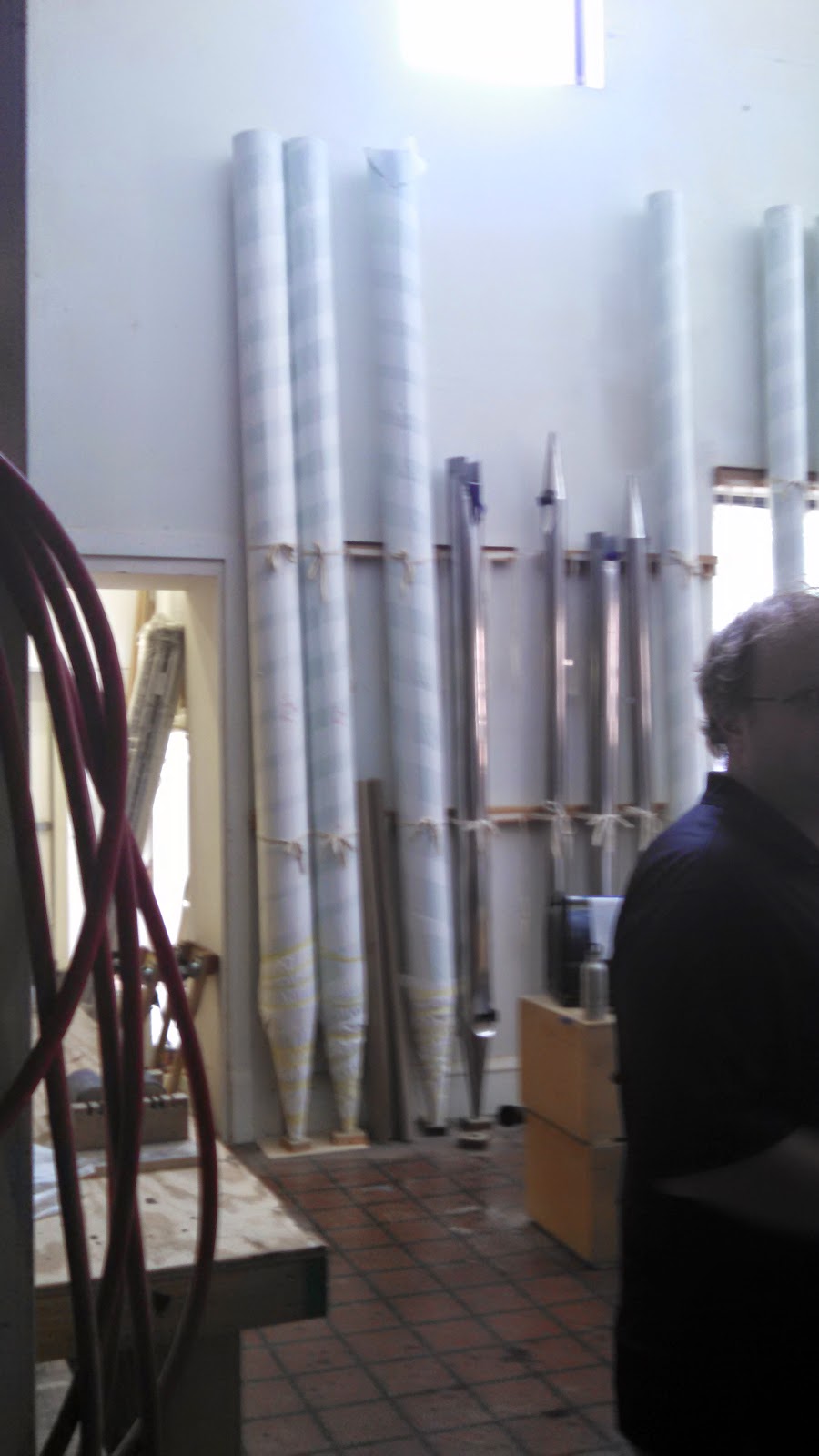 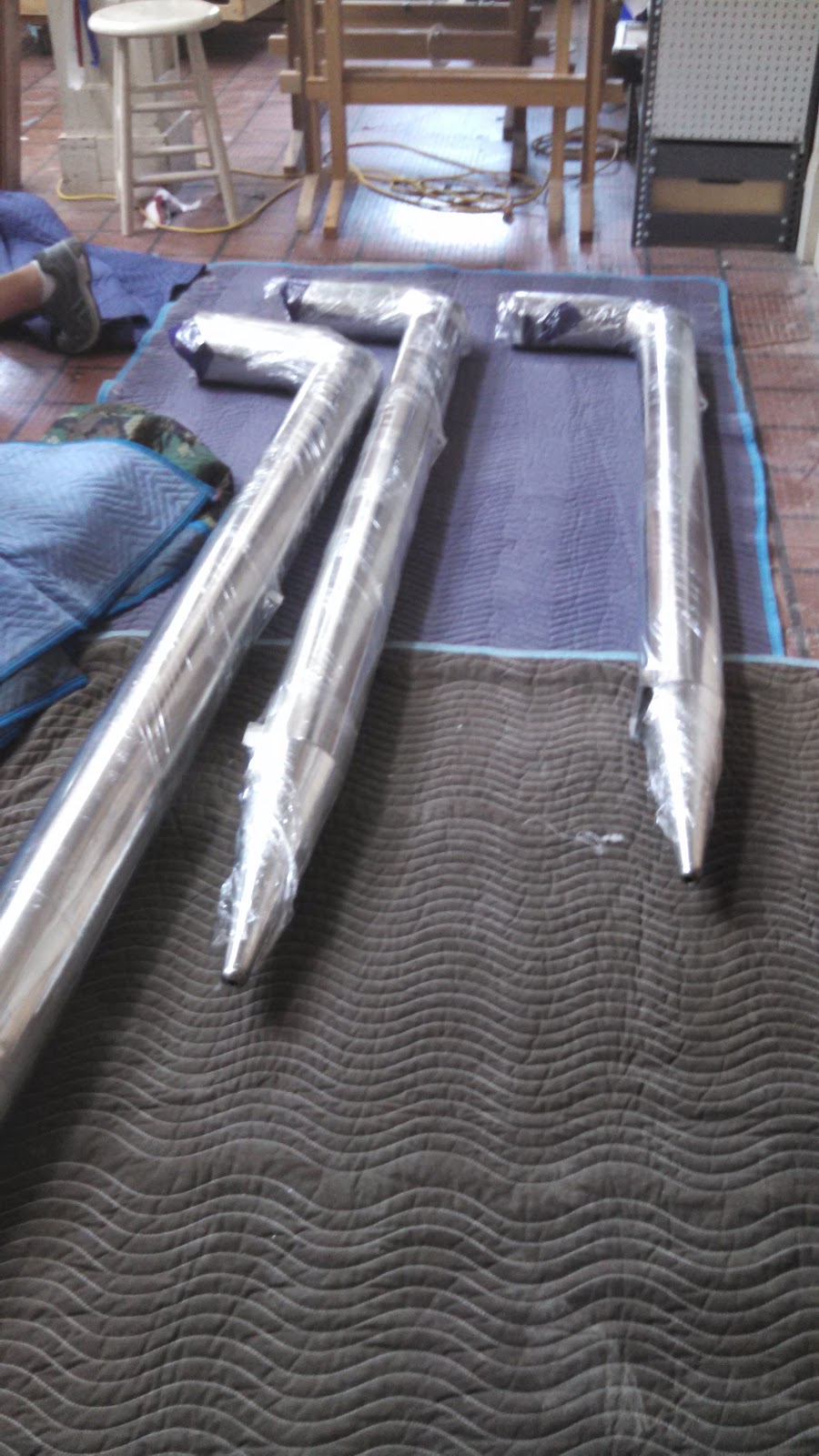 There were lots of fun things upstairs, too, such as the portative organ in the hallway, the plans on the wall for a possible new grand organ in the great hall at the university, and pieces from organs that let's just say need a little help to make their full potential, like the entire wall of magnetic relays that really is so 100 years ago. 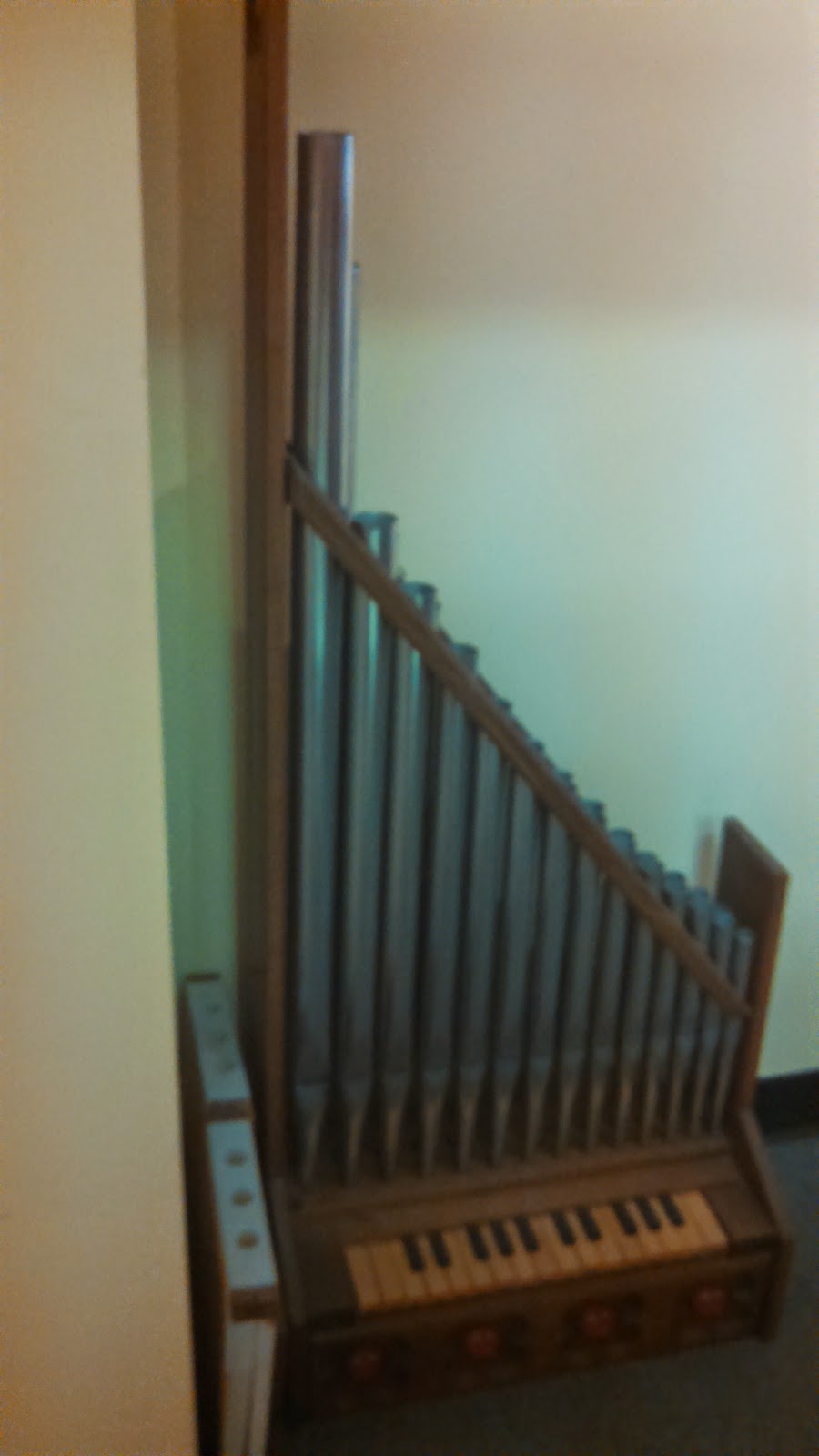 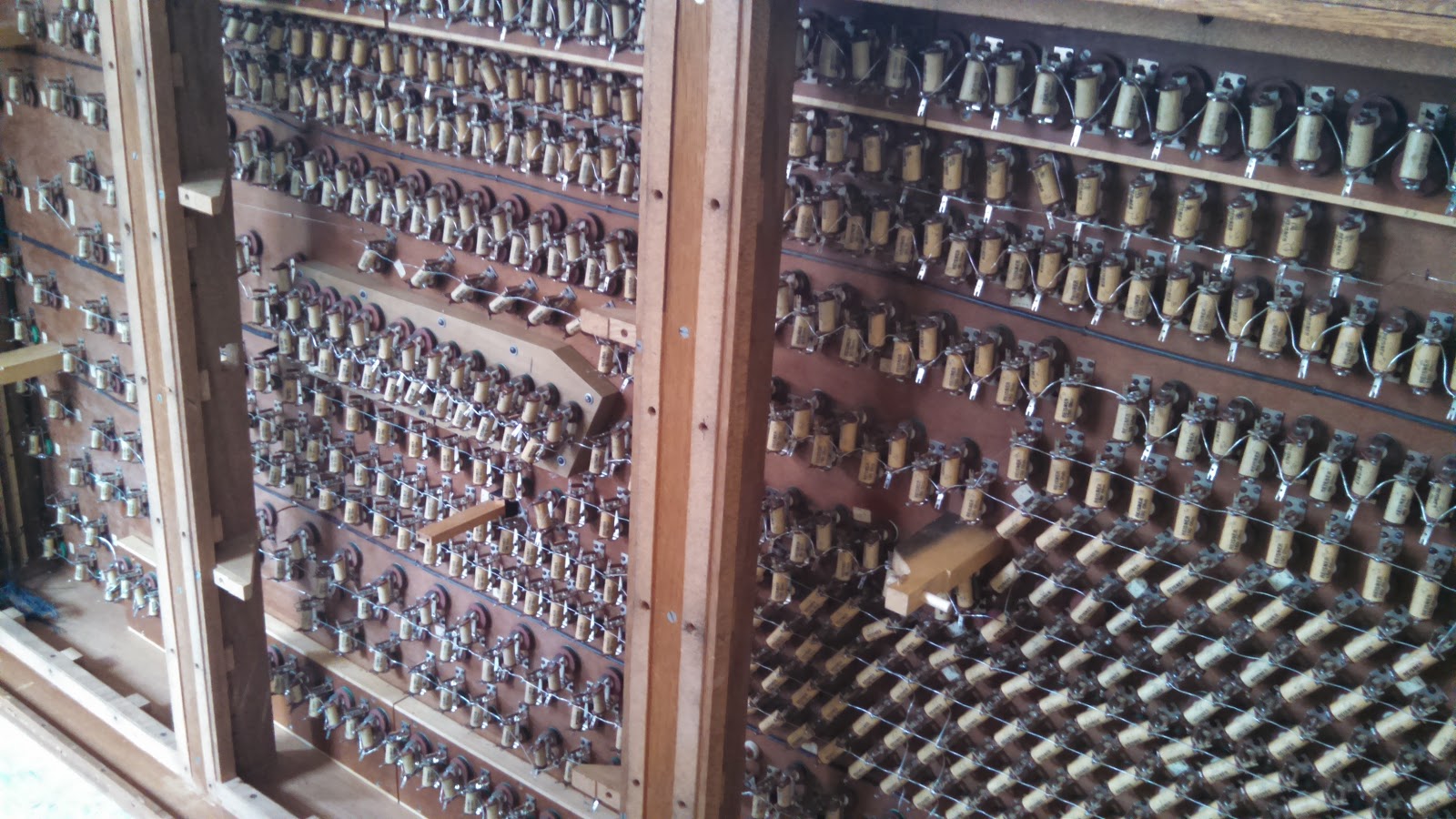 There is the occasional rank of presently dispossessed pipes looking for a home. On the left are some of the smallest: 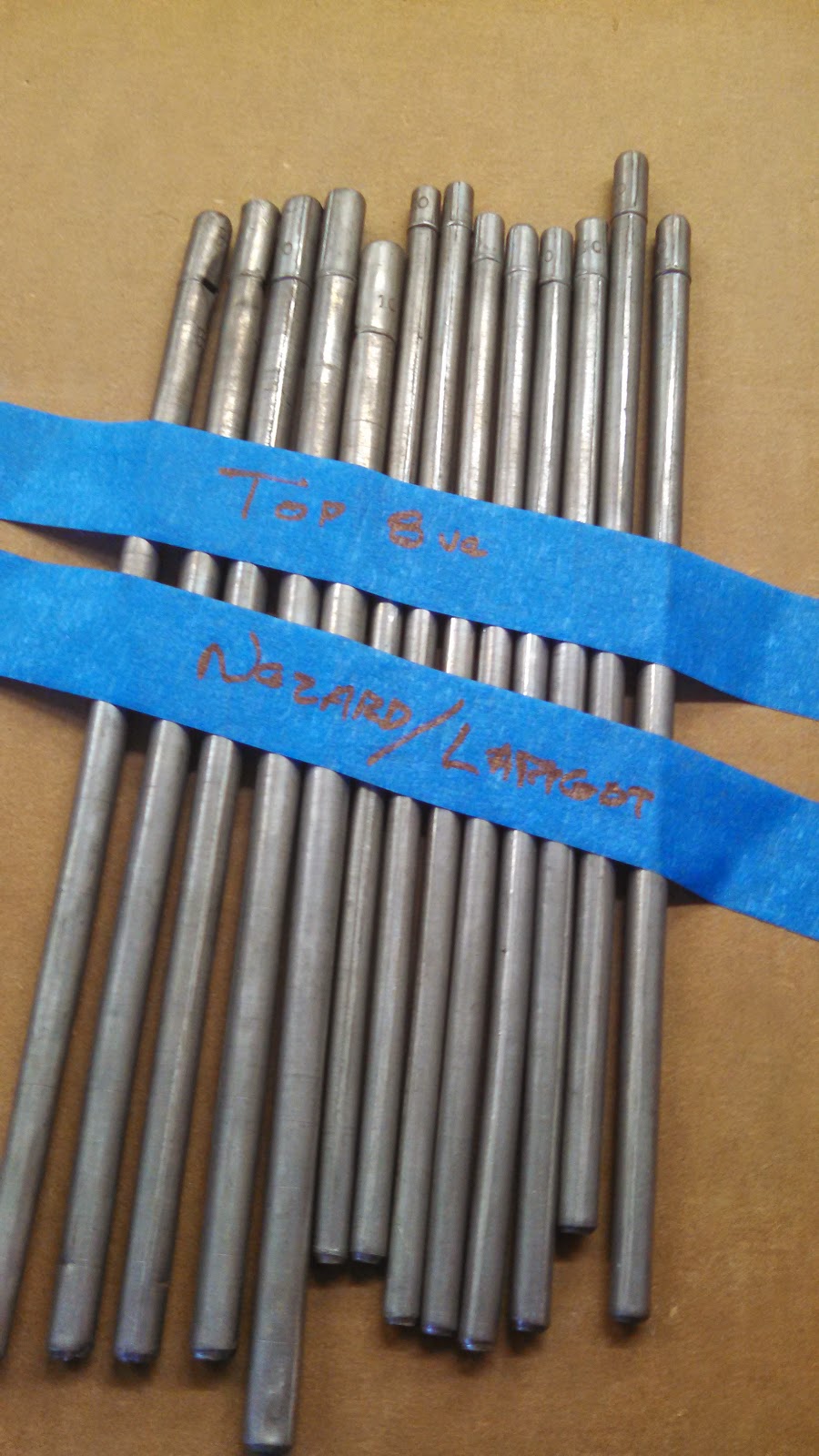 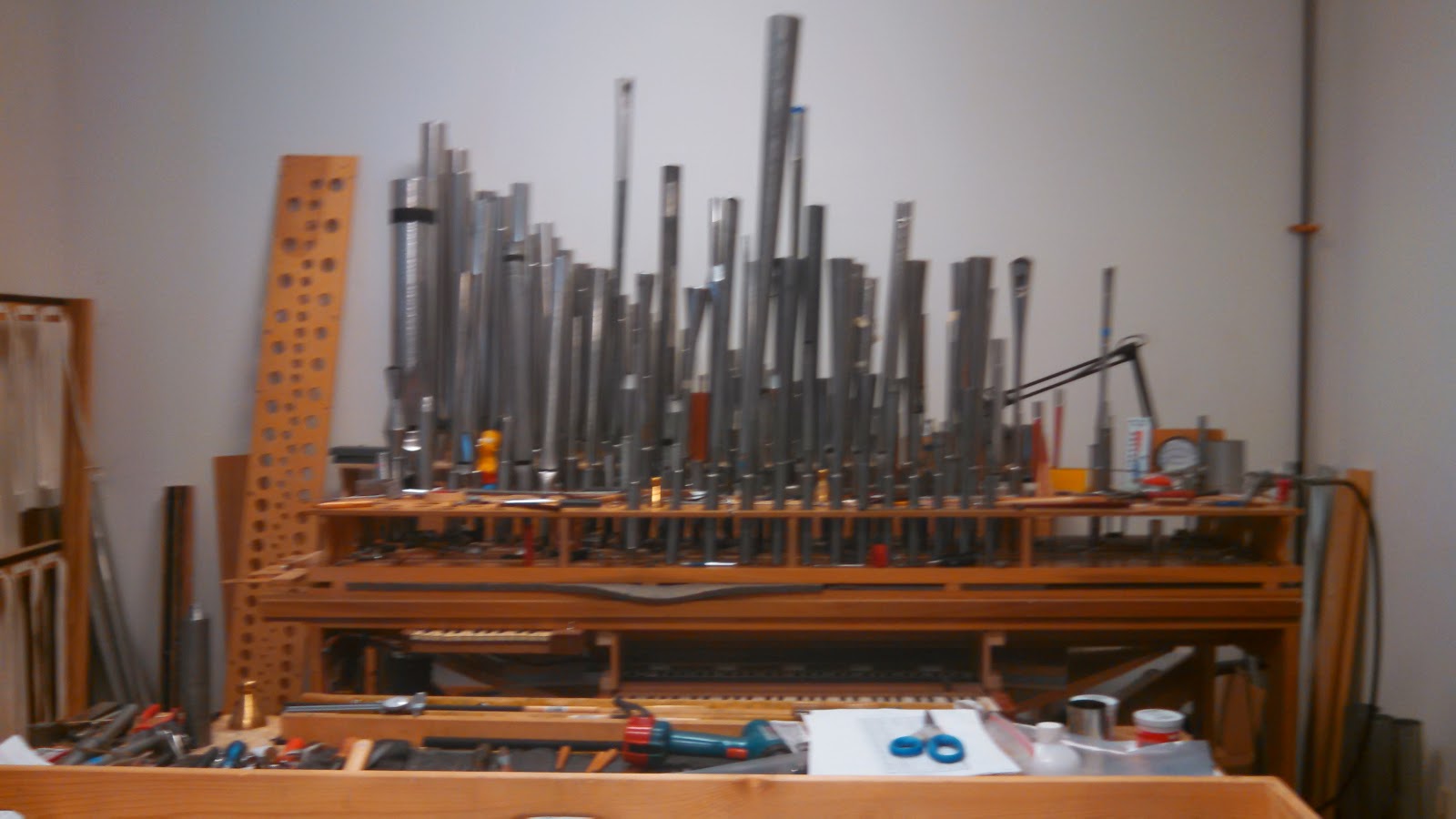 This bizarre looking confabulation of pipes is sitting in the tonal director's office (he's the one responsible for the sound of the organ). It is a compilation of all the C's on the various ranks of one organ, to test them for uniformity.  They don't normally all hang out together like that. Frankly, I don't think I've ever seen so many C notes in one place.

Not having an eye for the typical, I neglected to get a picture of a smiling Jean-Paul Buzard as he showed us all of these wonders or explained his passion for the organ and the art of organ building. We greatly enjoyed the tour. It was swell.