Do you mind if I brag on my wife Kristen a little?

If you've been reading my effusions lately, you might recall that two weekends ago I gave an organ concert at my church. Last weekend I ran my first marathon. This past weekend our community chorus, The Chorale, had its fall concert. This, of course, besides running a 5k, children's choir rehearsal, and the usual run of four weekend worship services; throw in a dress rehearsal, trip to the grocery store, vacuuming...can I stop now? I'm wearing myself out writing about it.

But this weekend's concert was special not just because I got to replace the U. S. Air force band single (or double) handedly; (that's a running joke with me--usually The Chorale goes off to a major choral festival to sing with a huge orchestra and I get "replaced"--well, this time it was the other way around. Hah! Take that, orchestra!)--not only did I get to play the piano for 60 of my favorite people, but my wife choreographed and performed an interpretive dance for one of the pieces, Kurt Bestor's "Prayer of the Children." It was very moving. The Chorale, of course, wasn't allowed to watch the dancer during the concert, and even though it is unaccompanied so I wasn't doing anything at the piano, I nevertheless had to sit still and seem professional at the concert rather than take pictures, so what follows is one of the handful of grainy cellphone pictures I managed to get at a short rehearsal before the concert. 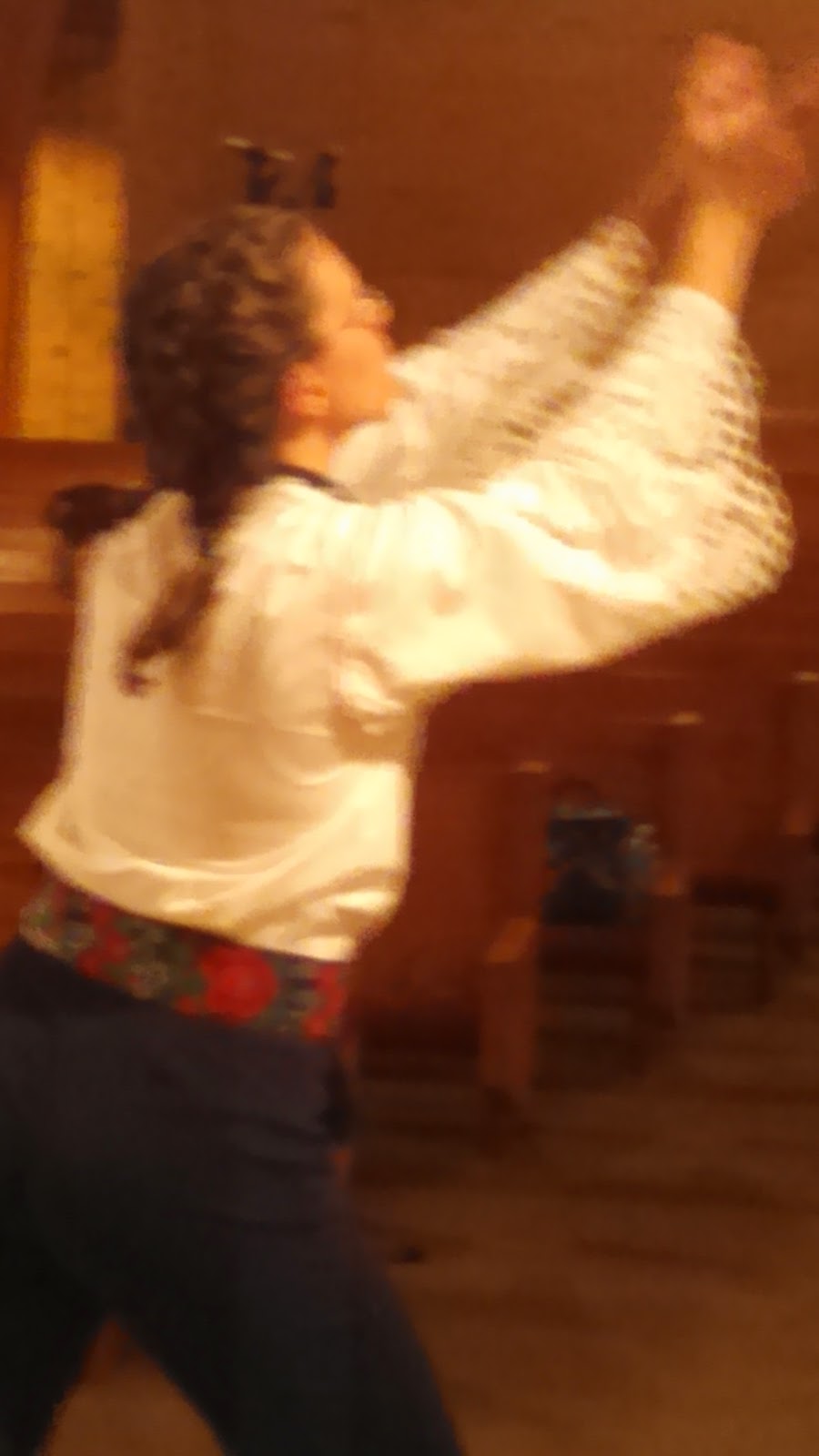 Actually, we've got the performance on video, thanks to a Chorale member, so there may be better images to follow.

There was some drama, of course. Kristen came down badly from a split leap the night before the performance at the dress rehearsal and there was some question whether she could dance, something the rest of The Chorale never found out about--unless they read her blog! Here are Kristen's own thoughts on the whole episode.

From DH to DW--you've given us all a wonderful gift. 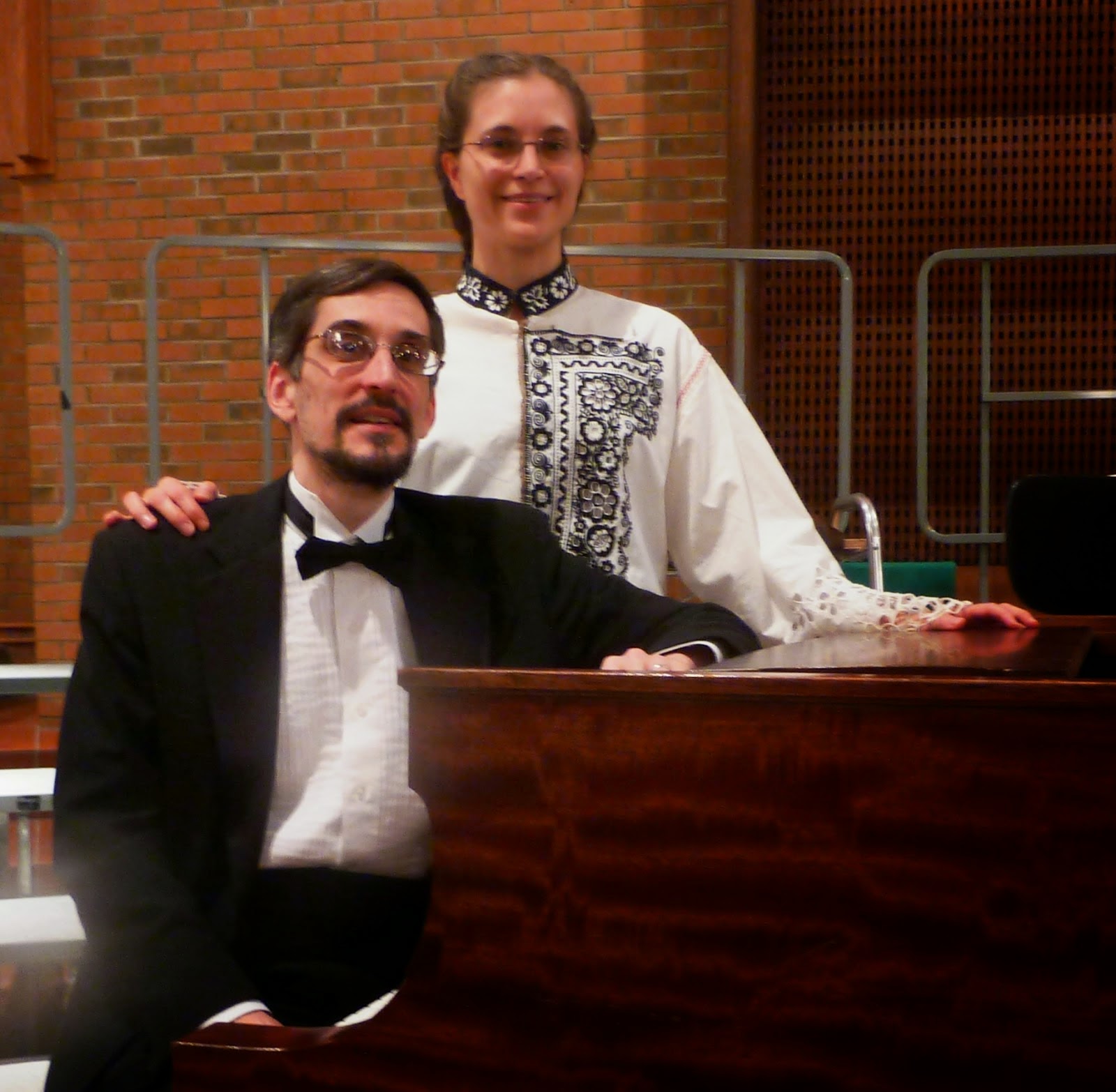