Roll of the Dead 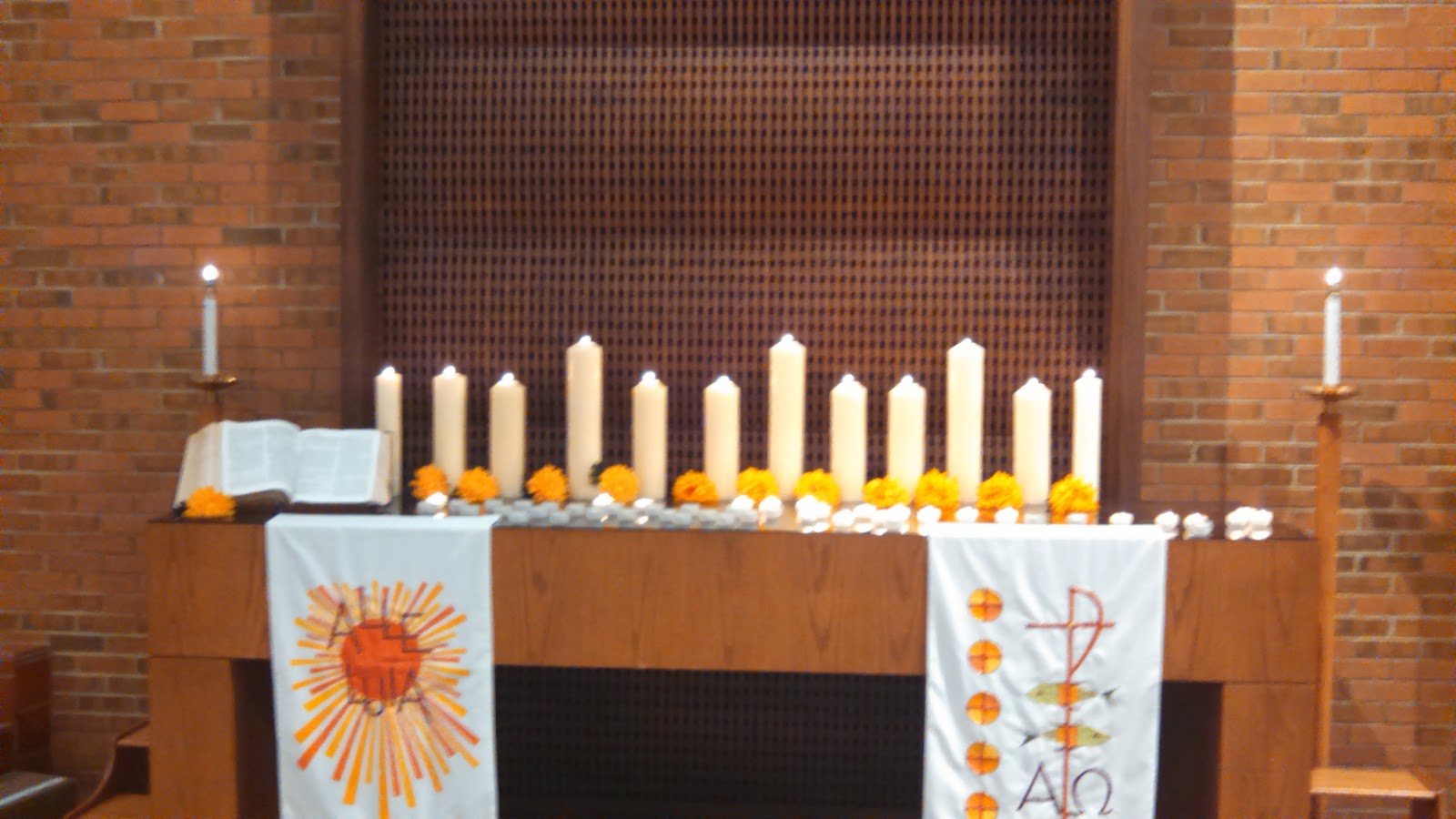 This will be a difficult weekend at our church. Each year on the first Sunday of November we remember the people in our congregation who have died in the last twelve months. In large parts of the Christian world it is All Saints Sunday (the day itself is actually November 1st). As part of the worship service we light candles in memory of those saints who have gone before us. In Protestant view, this does not mean an exemplary class of persons who have undergone the postmortem process of canonization and been declared saints by church officials, bit rather anyone who dies in the faith. We remember them as we read their names each year during our Communion liturgy.

Usually there are six or seven names on this "roll of the dead." This year there are twelve. Twelve persons, most of whom did not live the normal term, but died too young of a terminal illness or a sudden accident. Those are never easy funerals. Some of those funerals took place in our Worship and Life Center where our Praise band provides the music. At the conclusion of each one the members, emotionally exhausted from trying to hold it together long enough to sing, would say something like, "Let's not have another one of these please," and yet a month later, there we would be again. Cancer, ALS, Rabbit Fever, heart failure. All spring and into the summer funerals kept happening. These weren't people who had been in nursing homes for years whom I had never met. These were people I knew. People whose deaths tore a little hole in the community each time. People whose funerals lasted well over an hour, whose tearful friends spoke at length about how wonderful they were and how much they would be missed. Lines formed around the block as the community came together in support of each other.

It has been a difficult year in the life of this church. And this weekend we will be forcefully reminded of it.

I am in a particularly pastoral mood this week. I'd like to be able to comfort my people. At the 'traditional' services this weekend I've chosen to play a Bach fugue. That may not seem an intuitive choice, but Bach's fugues, far from being exercises in counterpoint, show an enormous variety.

This one begins with a relatively trivial subject. It is pleasant enough at first: the voices all file in in an orderly manner. But then the way grows dark. C major turns out to be more harmonically complex than we thought. Tensions pile on top of one another; the song of serenity turns to a song of mourning. The tortured chords at the end are answered only by silence.

And then, triumph. Resurrection. A glimpse of a great hope beyond the grave.