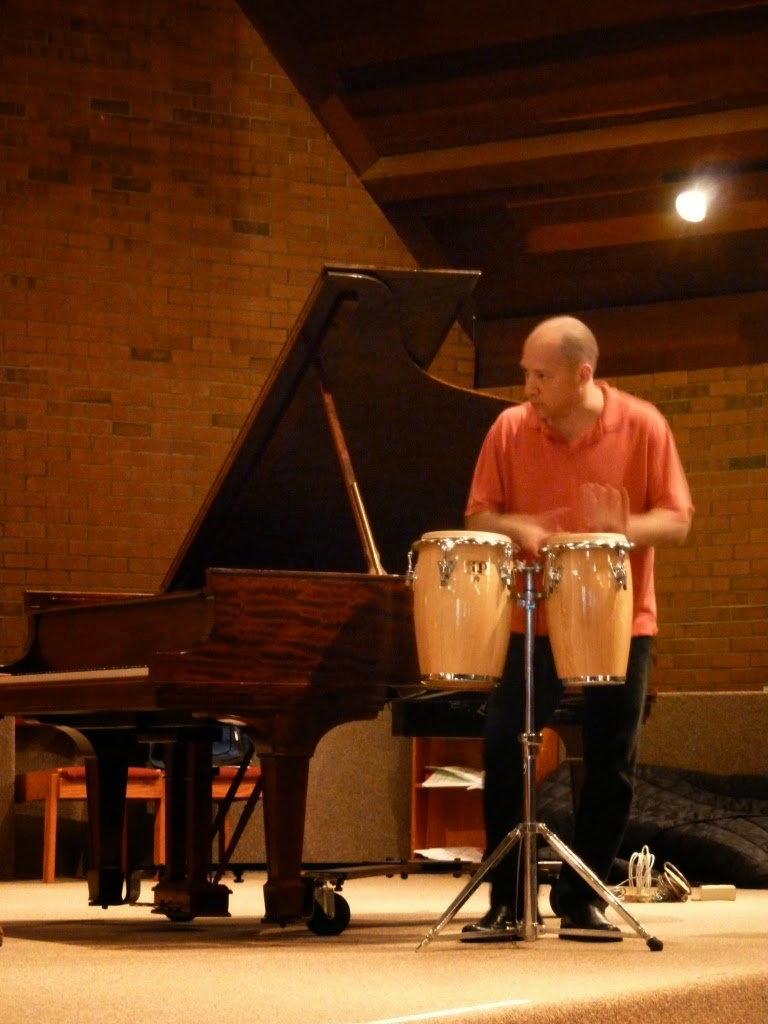 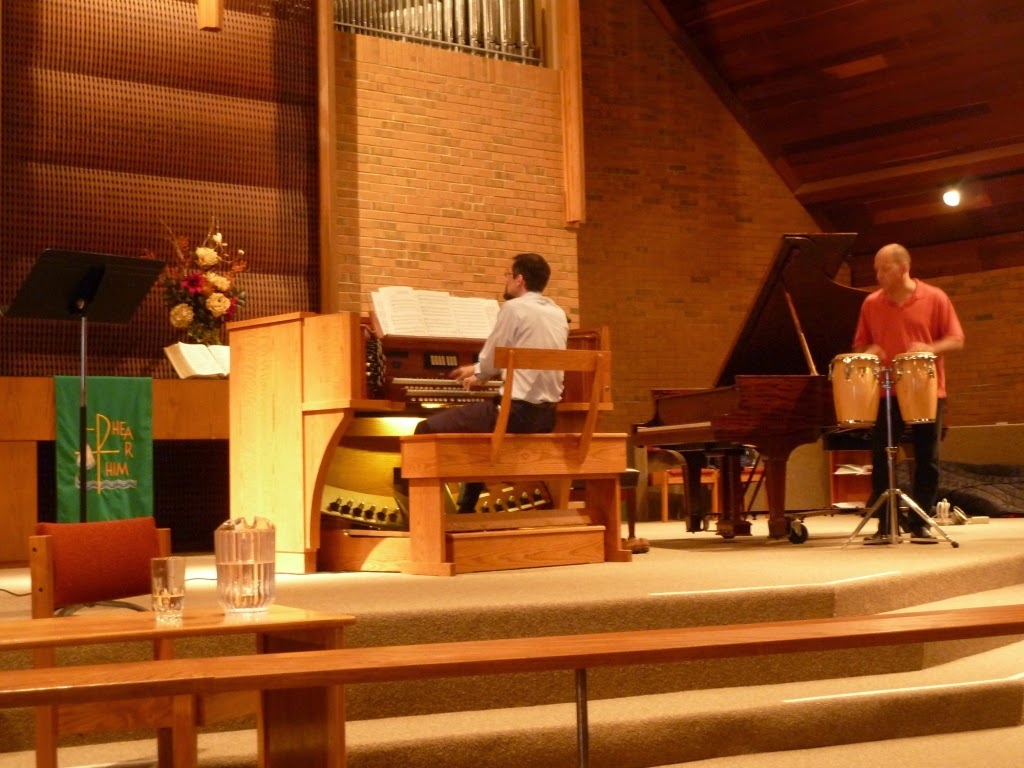 I was joined for this concert by Gavin Stolte on congas ("Three African Tunes for Organ" by Carl Heine), Camille Rose on violin ("Variations on Amazing Grace" by Wilbur Held), and Robert Brooks on saxophone (improvisation on "Just a Closer Walk") 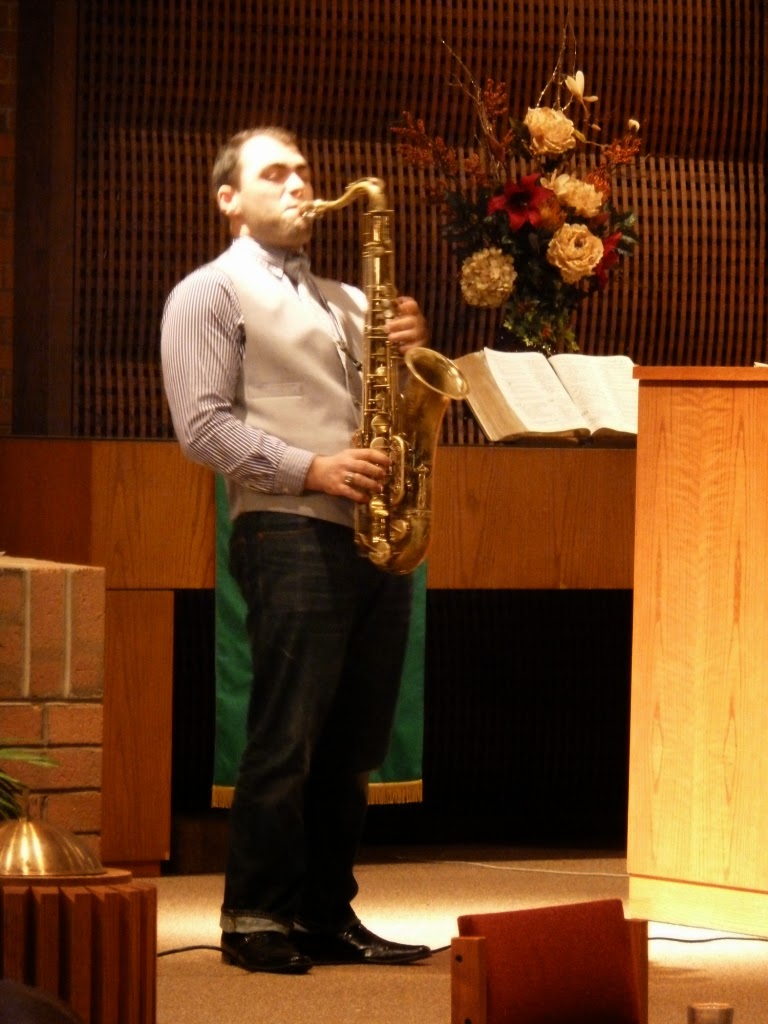 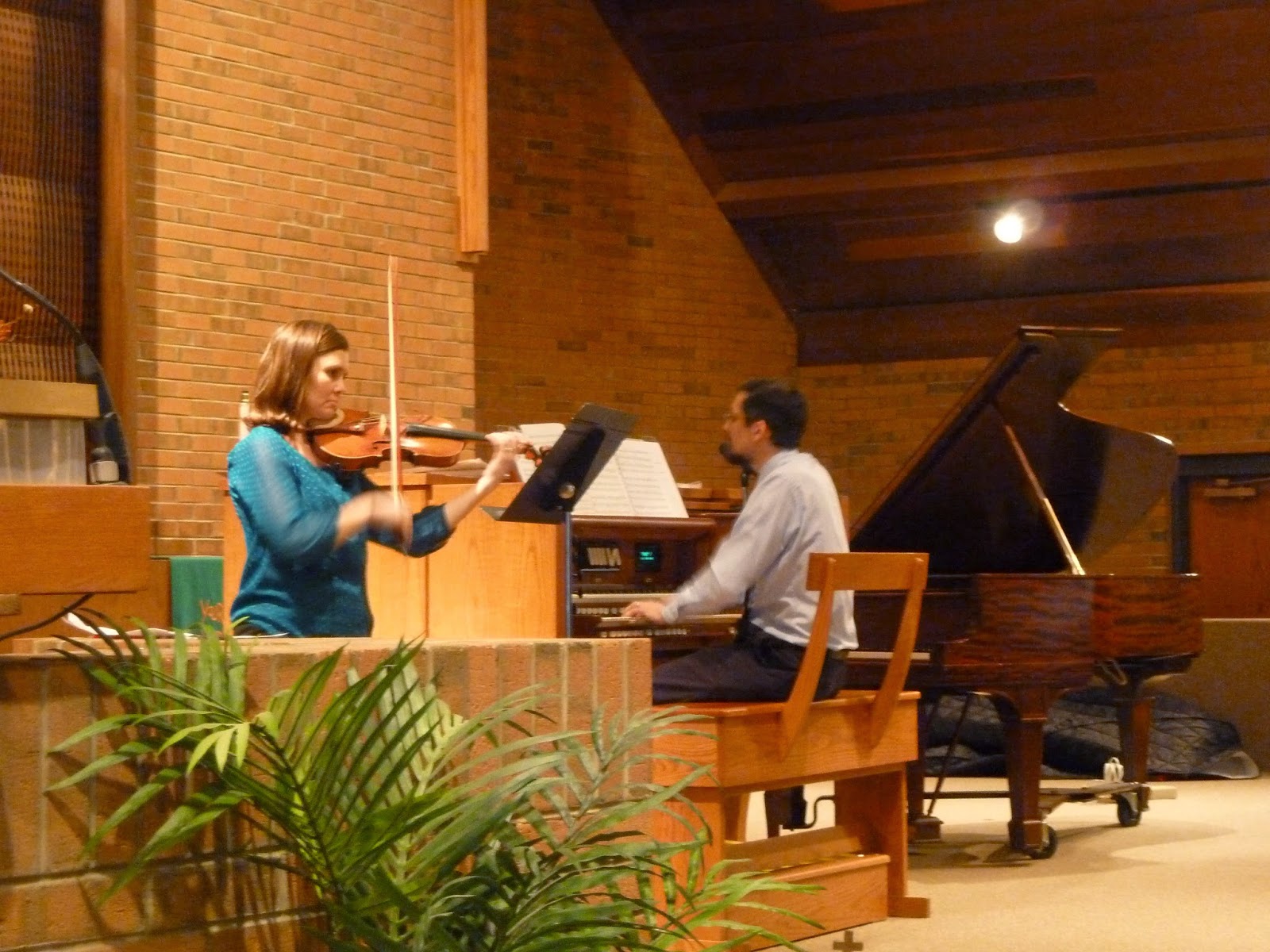 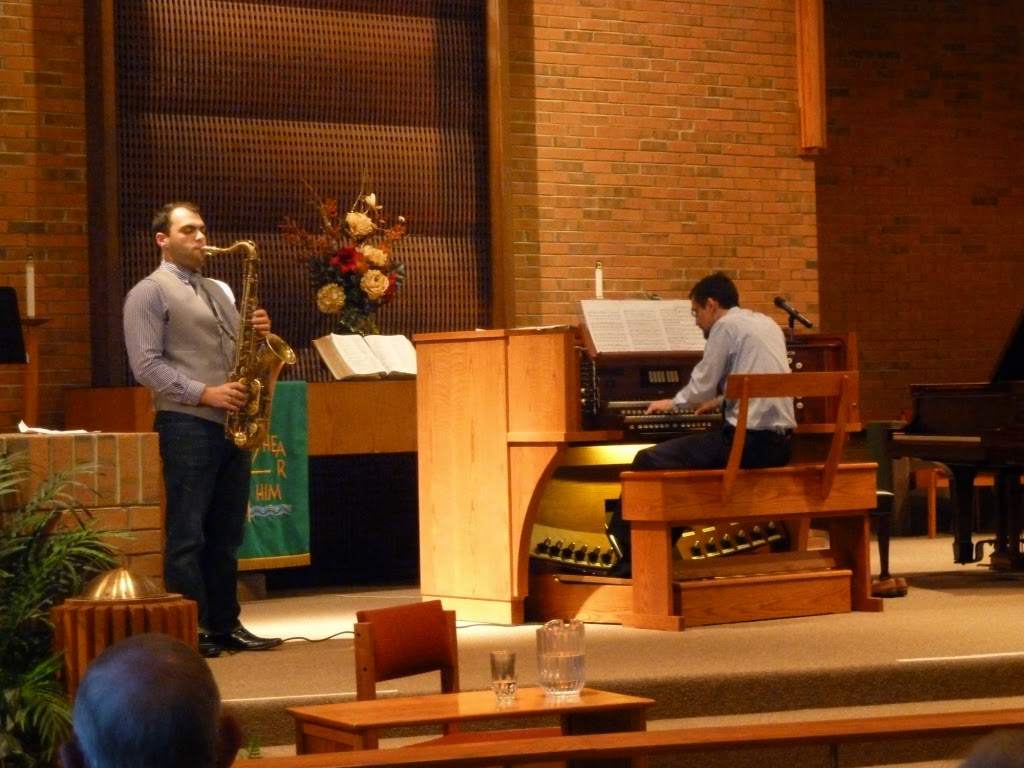 Gavin has been the excellent drummer at our "fusion" service for many years. From time to time I invite him to the "celebrate" service to spice things up. I'm also in a band with him called "TimeZone."

Camille plays violin in the Champaign-Urbana Symphony. She's been part of our congregation for years and has performed with our choir and with myself on several occasions.

Robert joined our choir this fall and is getting a Master's degree in jazz performance at the University of Illinois.

After my joke with the new playback system (see Monday's blog) I had promised to have more fun with it. So I played a duet with myself for piano and organ using an organ performance I had recorded a few days earlier. 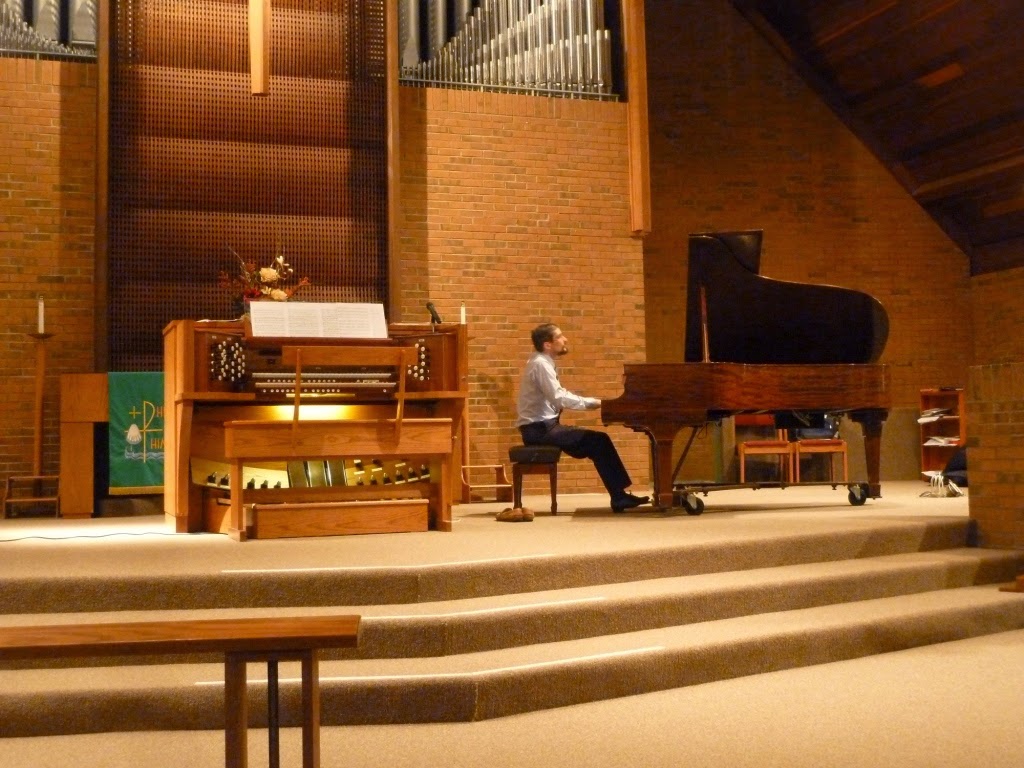 I concluded with a piece by UK composer Paul Ayres, his "Toccata on 'All You Need is Love'" which I hinted it by mentioning that between the hymn I had just improvised on--"And can it be that I should gain" whose chorus is "Amazing Love" --and the last piece, there was a bit of a love theme in development, The composer has provided an alternate title "if you want to keep the audience guessing"--the Latin phrase "Amor satis est" (Love is sufficient) which is what I put in the program. I wanted the audience to figure it out gradually, just as Paul unfurls the tune, growing more obvious with each repetition.

By the end the audience was on its feet, cheering wildly, and I had to come back for an encore. Whoops! In a mere three weeks I had somehow managed to throw an entire concert together, learning three new pieces, assembling four partners to play them with, improvising two others, and arranging a seventh. Not to mention the pre-recorded bits, getting the furniture together and arranging to have the organ moved (I'll tell that story another time). I had no plan for an encore.

So I asked the audience for a hymn. Someone hollered out "I'll Fly Away" so I flew away for three or four verses. Since I was making it up I made sure to use the pedals aplenty since the audience could see those. It brought the house down (some have told me it was their favorite part of the concert). And no, the woman who yelled out her suggestion was not a plant. I had no idea what anyone would say. But I've been making up hymn improvisations for years so I figured as long as I knew the tune things would work out. Luckily, I just happen to know that tune. Our choir director likes it and uses it nearly every year on All Saint's Day.

----
I would like to thank my dear wife, Kristen, for her indefatigable help with publicity, which surely must account for the 200-250 people who attended, (besides the promise of being able to see my feet up close and personal) and also for all the photography you've seen this week. She took pictures of nearly everything--so many that I was able to choose these from over a hundred! Thank you, honey!

We were also taking donations for the organ fund via a basket at the back of the church, and collected over 2,600 dollars. You guys rock! Thank you so much. I'm sure it must make Doug Abbott feel better. He's in charge of the church finances, and also videotaped the proceedings. Some parts of that (public domain parts, anyway) may make their way onto the web at some point. Stay tuned.
Posted by michael at 8:00 AM