I hope you had an enjoyable Valentine's Day. It seems an appropriate time, somehow, to bring up the subject of The Match, which is a process Kristen and I are going through this year and will lead to some major changes in our lives. For my blog readers who do not know it, I am married to a double doctor--or will be. Kristen already has a PhD, and a shirt that reads "Trust me--I'm a doctor (of history)" which she thinks is hysterical. This spring she will graduate medical school and become what some people would call a "real" doctor. Meanwhile, given that I am a doctor of music, people have taken to calling us a "paradocs." We sure are.

Most people who are not medical doctors have never heard of The Match, which is why I will spend a few moments explaining it. Basically, it is a way for graduating medical students (who are now Doctors--academically, but as yet unlicensed by the state) to be matched with the Residency programs that will give them several years of training in their particular specialty. During that time they will also become licensed physicians who will be granted all the rights and privileges thereto, etc.

If you've not heard of it, you've got something in common with practically everyone. I hadn't heard of it either until a few years ago. It is a very strange process. It is also not very romantic, despite being known as The Match. For instance, you may have thought the application process consisted of notes like this being printed in medical journals:

MWFD seeks SATH [that's married white female doctor seeks state-of-the-art teaching hospital] for stimulating medical relationship. You: knowledgeable and patient, with the ability to make great coffee. Me: hard worker, able to stay awake for 24-hours at a stretch, can take patient histories and write notes like nobody's business. Are you ready to take the next STEP? I sure am. I enjoy reading (medical journals) and long walks (down hospital corridors), also cuddling with my husband by the fire once a year, if time permits.

Instead, The Match is more like a combination between applying to college and the NBA draft. First, the student applies to a number of programs in his or her intended specialty. Because there are now more students graduating each year than there are slots available in the country, the number of recommended applications is higher than it was. Fortunately, the system is nationalized, and the lengthy, complicated application can be uploaded to the national site and sent to everyone at once (except that the recommendation letters are different!).

Programs read applications from mid-September into November or December; then interview requests start pouring in. Well, if you are my brilliant wife they do. These are the programs that are willing to have a second look. If you don't get an interview, you will not be accepted into their program. If you do get an interview, you might be one of a hundred applicants vying for 2 spots. The odds depend greatly on the program, the specialty, and the monkeys playing pinochle in the back room. Actually, I am sure it is all on merit. Unless someone makes a clerical error.

My wife applied to a mere 23 programs, which is fewer than the 30 she was recommend by the dean. Of these, 16 programs (including some of the best in the country) asked for an interview. She spent the last week of October, and the months of November and December heavily engaged in interviews. Also January. At the end, it was as if she had gone on tour, which was the point of the shirt I got her for Christmas, designed to look like a tour shirt from a rock band, with a stethoscope and bolts of lightning on the front and a list of all the cities with their respective dates on the back: 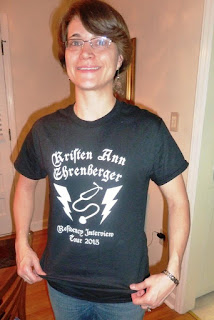 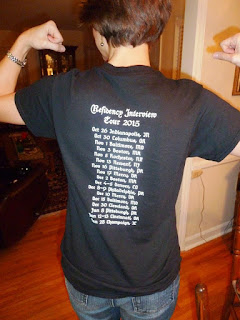 After the interviewing comes decision time. We are then asked to rank programs in order of our preference. For me, this is largely driven by what city I would like to live in for the next four years. For her, it is mostly about the program, though the city matters, too. All of our choices are cities in the Northeastern United States, since all of our family, most of our friends, and much of what we know about human civilization is concentrated in that still very large part of the country. We decided it was time to get our ducks in a row: 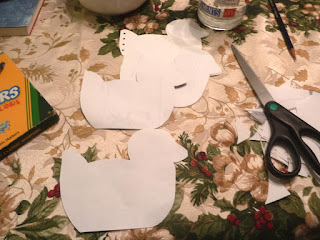 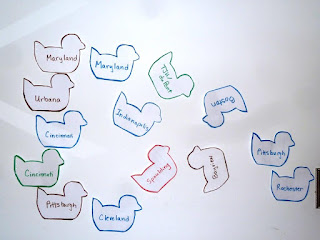 note: Not necessarily the final order of the ducks.


Once our preferences have been determined, the list is certified, and then it becomes one important half of the equation. The other half consists of the rank orders from the programs themselves, who also rank each student they've interviewed in order of preference. Finally, a computer takes all of the programs in the country and all of the students participating in the process and matches them up, putting the highest ranked program with the highest ranked student in a complicated process that can apparently only be done (with any deliberate speed) by a computer. Once that process is completed, the student must attend that program and cannot reject the final decision by the computer on pain of death. At least that's what the contract made it sound like.

I assume they wait until the computer used to calculate the BCS poll (that's college football, if you were wondering) or help with the NCAA tournament selections is no longer busy, which is why Match Day is always in the middle of March, around St. Patrick's Day. This year it is on Friday, March 18. To give it a little more drama, on Monday the 14th the students are informed if they have matched anywhere or not. If yes, you then wait until Friday to find out where. If no, you can begin sobbing immediately, and also you have to Scramble, or SOAP, or something, which is another process I won't explain here, because we hope we won't have to resort to it.

Persons have been asking about Match Day for several months now, and many rumors about my leaving have been circulating for at least a year, so in another attempt to replace fact with fiction, here it is: We won't know where we are going until March 18th (and if you wouldn't mind, please don't keep asking). At that point, Kristen has until the middle of June to get there. I don't know yet what my departure date from the church I serve will be, and many of the decisions regarding precisely when I leave will depend on where we are going and how things work out regarding the move and the impending job search. We'll keep you posted. Watch this space.
Posted by michael at 8:00 AM

Email ThisBlogThis!Share to TwitterShare to FacebookShare to Pinterest
Labels: autobiographical, The Match