Pictures from the organ recital (part one) 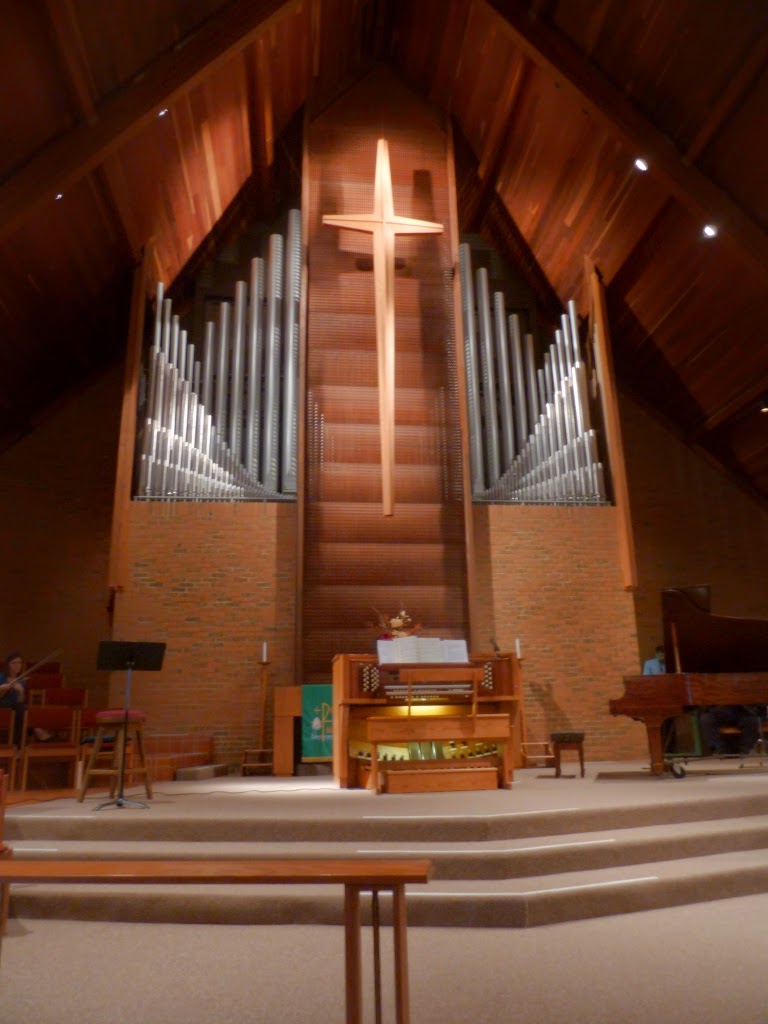 On Sunday, October 26th, at 3 pm in the Faith United Methodist Church north sanctuary a very special event occurred. It was an organ concert unlike anything I've ever been a part of.

Having recently had our console rebuilt and our pipe room rewired in order to fix a major problem with the electronic relay system, and in the process added a new digital system with a few new bells and whistles of its own (more about that later!) we decided to show it off.

Given the new console's portability, since it is now connected by a single cat-5 cable to the pipe room, we moved it to the center of the floor and the stage was literally set for the strange proceedings. 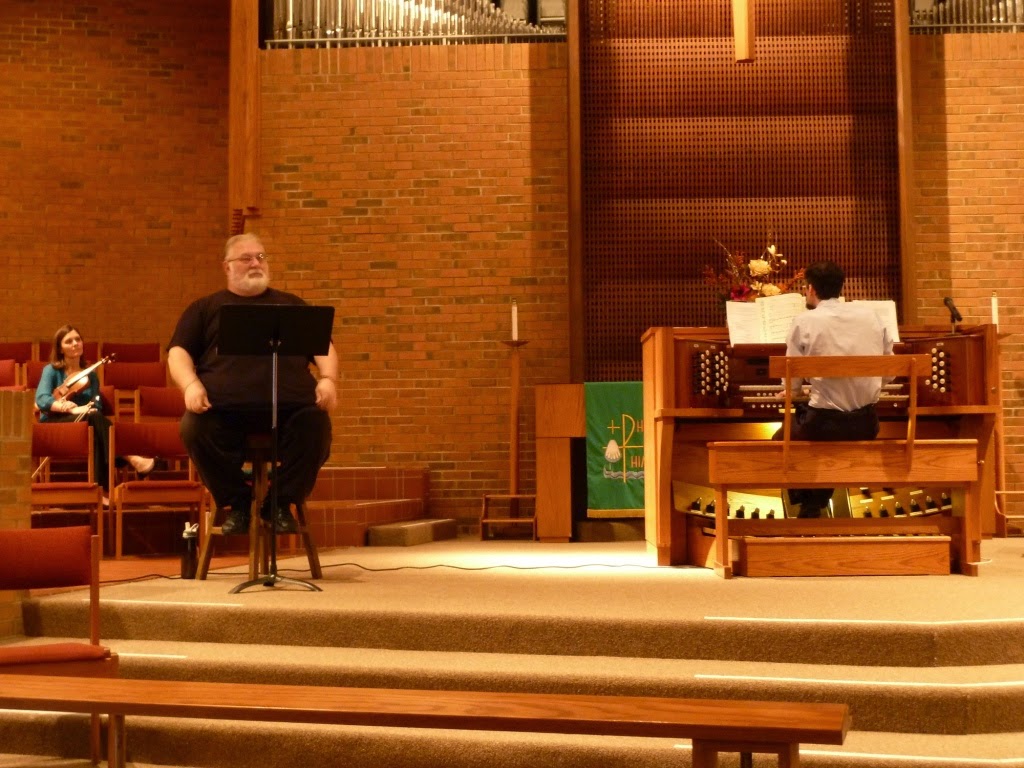 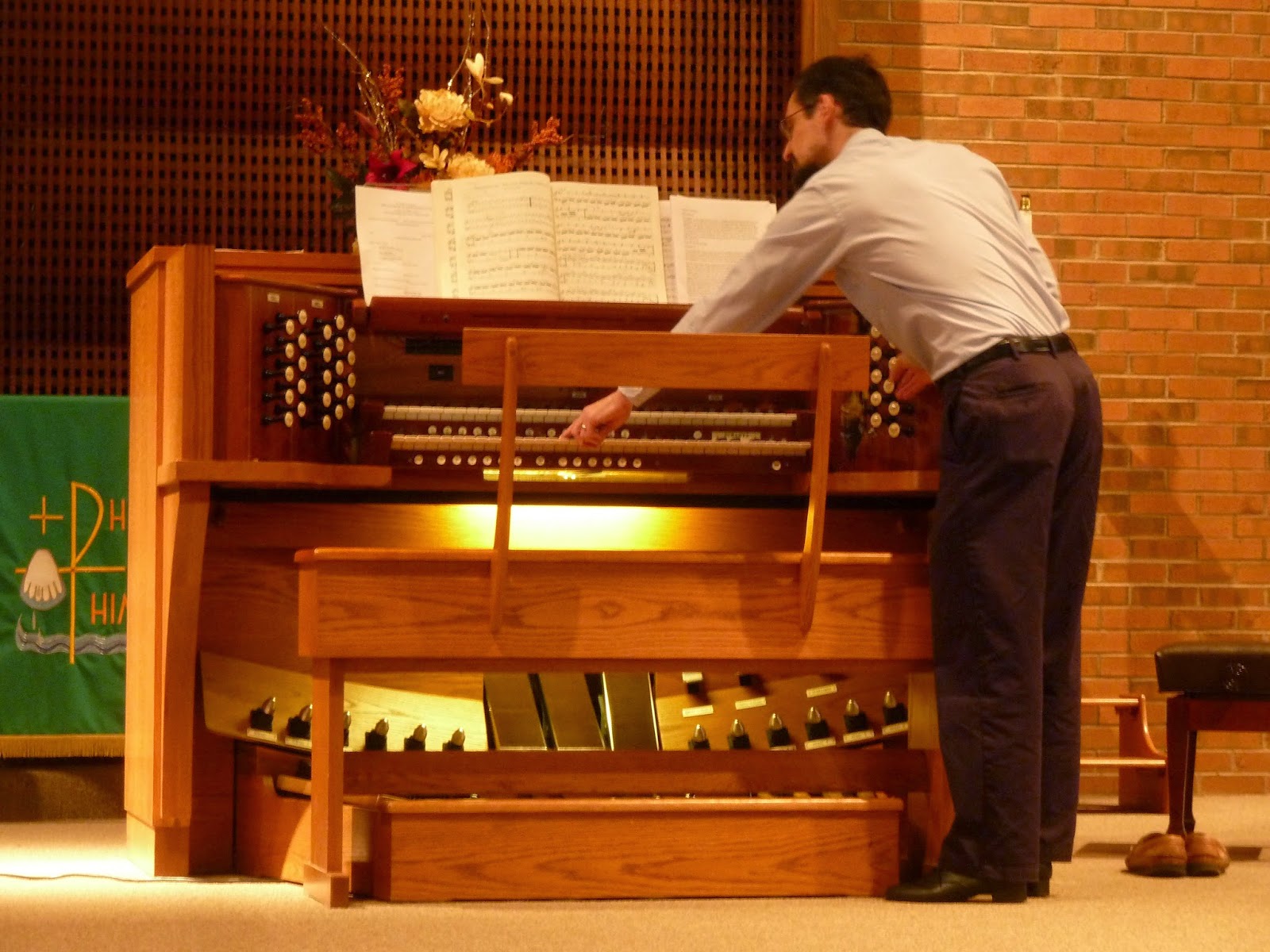 First to take the stage was narrator Rodney Woodworth, who between subtle digs at the organist explained to the audience just what this crazy instrument could do. 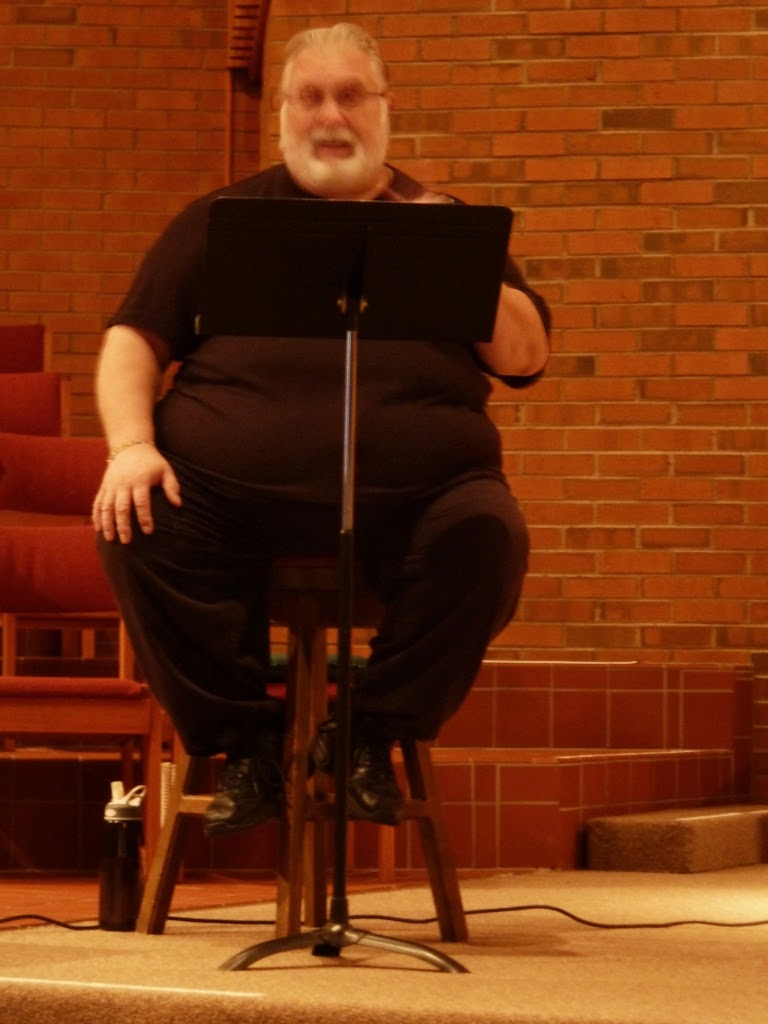 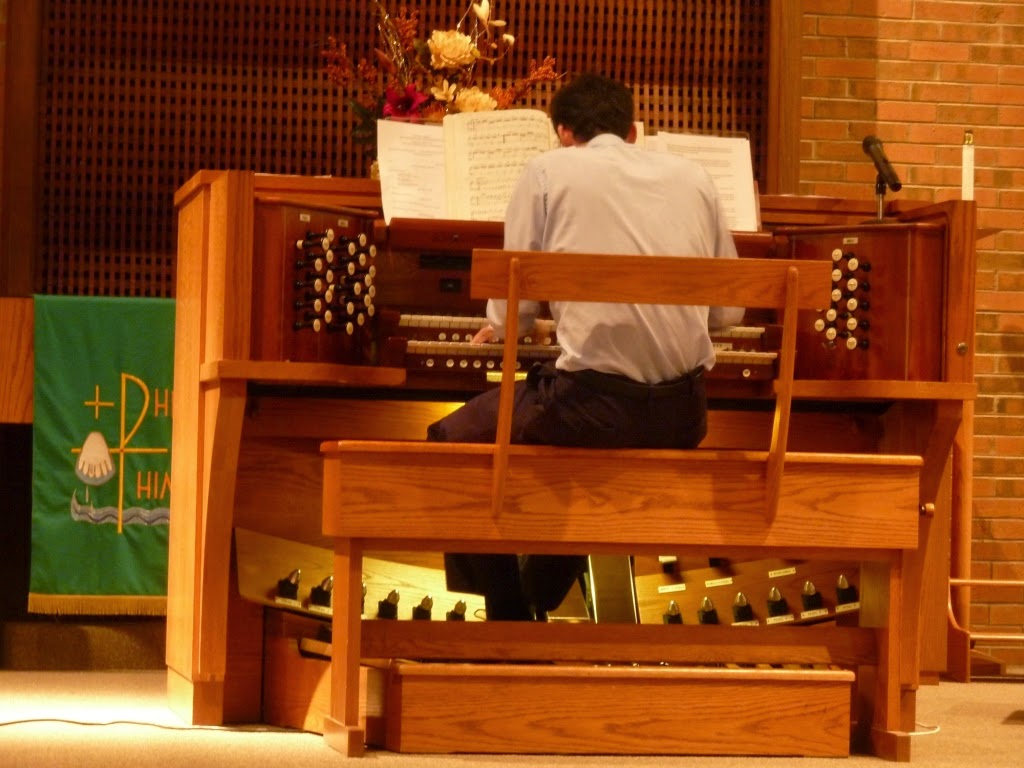 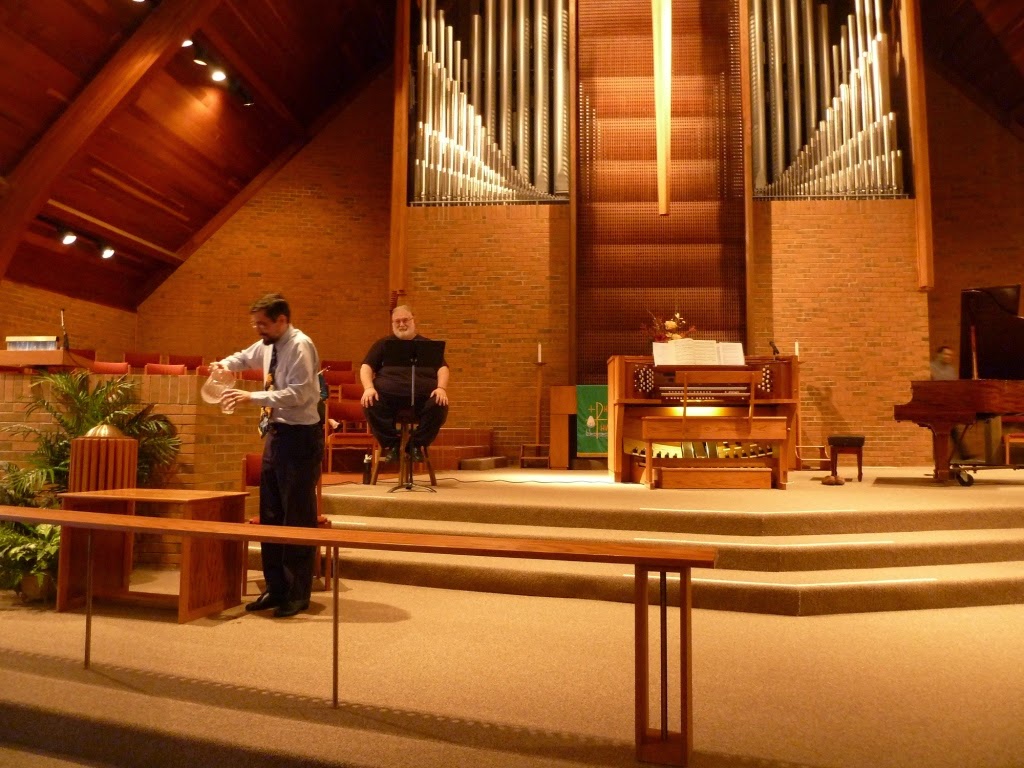 Each of Rodney's explanations was followed by a variation from Mozart's set of variations on the tune popularly known as "Twinkle, twinkle," a very dignified choice to begin an organ concert.

The organ got a workout. Everything was tried out, from the tiny, shrill penny whistlish flute pipes, to the exotic mutations, to the mellow strings, the awe-inspiring mixtures, fun with upper and lower octave combinations, and of course the flatulent pedal tuba, which got plenty of laughs.

When it was time for the final variation, there was a little surprise waiting. About 3/4 through the variation, the organist backed away from the console, and the organ continued to play! That caused a bit of excitement.

I decided to go for a stroll while the organ finished up, poured myself a glass of water, drank it, just like a ventriloquist trying to show off his ability to play the organ and drink water at the same time (or something like that), conducted the organ to its conclusion, and led the applause. 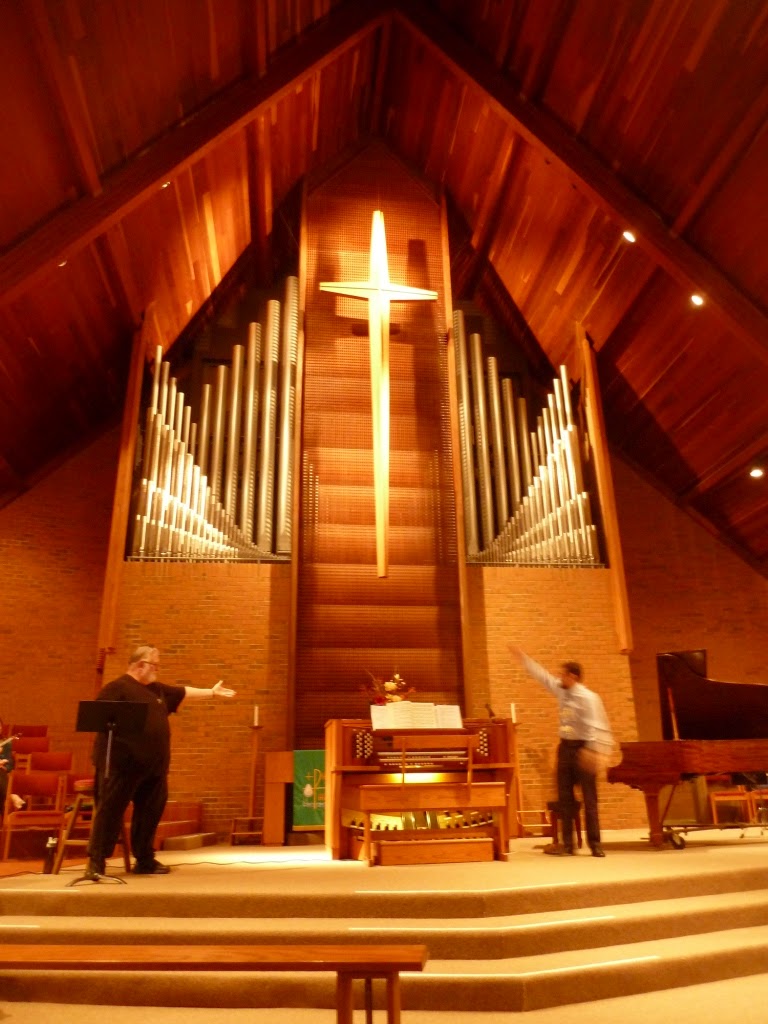 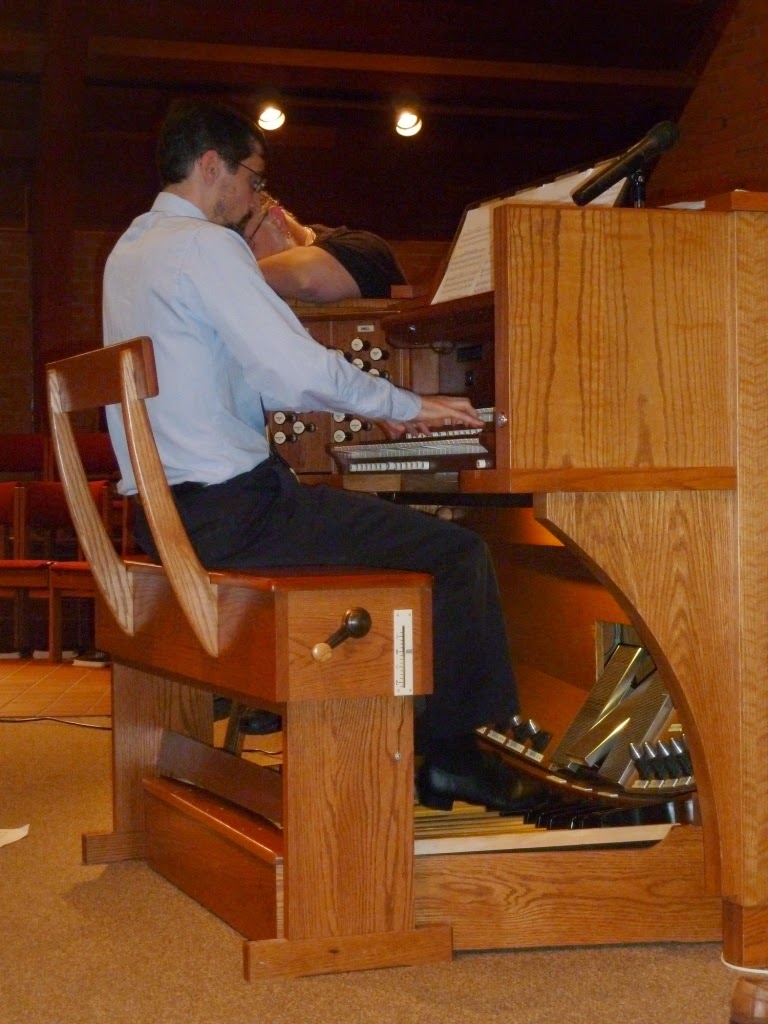 
Above, Rodney and I trying to get the organ to take a bow. Either that, or we are having a duel with wands. Hard to tell.

Once I roused him from his slumber by hissing at him a couple of times, he raced about, flinging pages all over the stage! He's fired of course, but not before I used him as a straight man to tell a joke about a saxophone and a lawn mower. Apparently tenor saxophonist Robert Brooks, backstage, didn't hear it, because he appeared to play a piece with me later.

An audience of at least 200 (and maybe closer to 250) filled the sanctuary for the concert. A hearty and grateful thanks to all of you who came. There will be more pictures from this event on Wednesday. 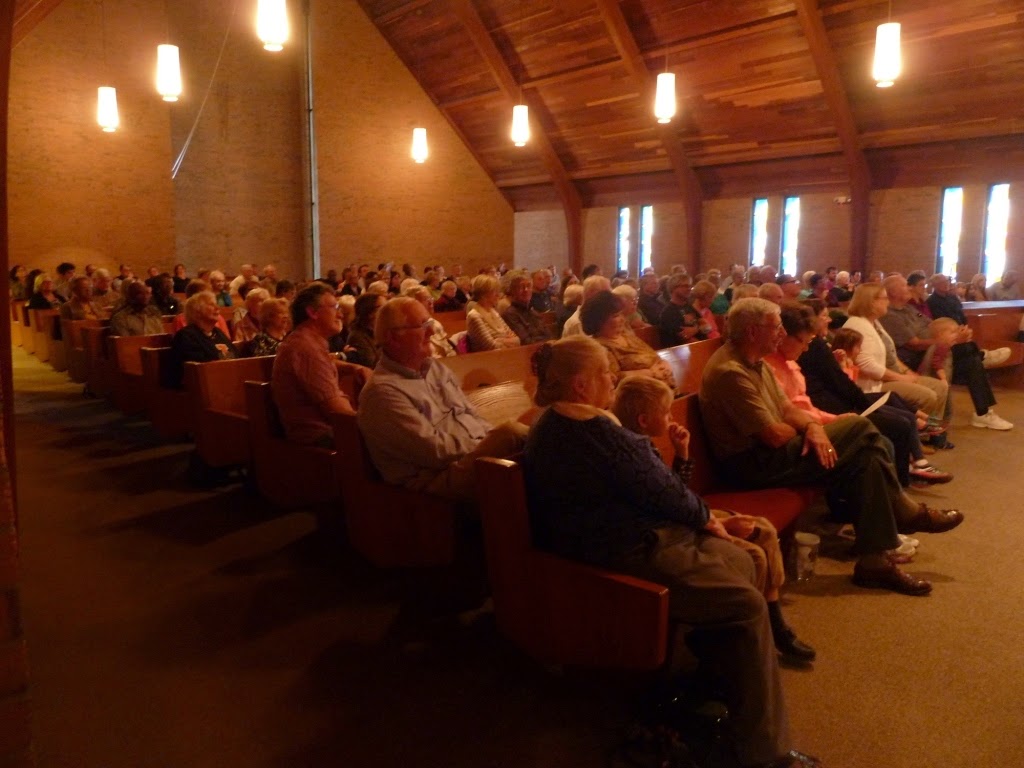