Ghosts of Christmases Past, part three

My favorite Christmas occurred in 2010.

It snowed that year, unlike the two most recent, which were overcast, rainy and cold. When I say snow, I mean scenes like the following:

Our house looked lovely, of course, and there had to be at least a foot in the parking lot at church, which did not make the staff happy because attendance would surely be down. 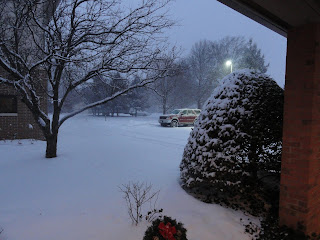 I was already safe at church by the time the snow got going, however, so, hunkered down in the sanctuary, I watched the flakes congregate out the window. It was wonderful.

The snow was not what made it a great Christmas, however.

My wife was away in Germany all year, researching for her Doctoral Dissertation, which was a major bummer. Thinking that I wouldn't even bother decorating for Christmas, I was disabused of that notion when three friends from the east (Urbana) turned up at my door. In the morning one of them helped me get a tree from the local tree farm. We spent the afternoon putting up all the usual decorations. 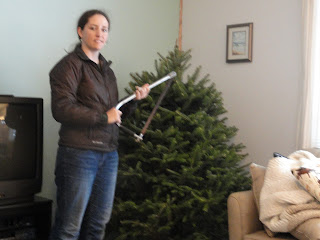 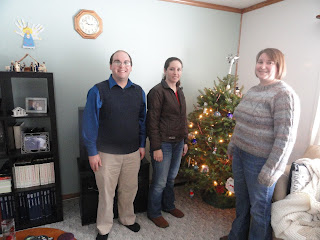 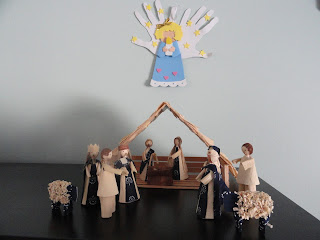 Including some fun ones. That angel would certainly have made the shepherds "sore afraid," don't you think?

Then my parents decided to reverse the old "return to the place of your birth for Christmas" theme and came west to Champaign (more visitors from the East). This set up a very nice Christmas morning.

My father grew up in a little Austrian village before emigrating to the U.S. at the age of 12. Said village was about 30 miles from Salzburg, a little town in the hills with about 100 houses and a church in the middle. When I went to visit Kristen in Germany in November, we traveled across Austria, including spending an afternoon in his hometown. I had been there in 1993, but this was a new adventure. We took a train to the nearest depot, and a bus filled with schoolchildren to the tiny town. When we got off, by ourselves, we were met with the smell of cow dung, the sight of the fire station my grandmother helped build, and, having no idea where to go, stopped off at the municipal building to ask directions. They had an item for purchase. It was--I'm not making this up--a 300 page hardbound book including everything that had ever happened in this little town. It even had a picture of a school play performed during the 40s. My 2nd grade father starred in it as "Rumpelstiltzken" and was sitting in the front row of the cast picture.

This was a thrill. And it made an instant Christmas gift. When on Christmas morning, my father opened the package, it had a note in the front to turn to page 302. When he did so... 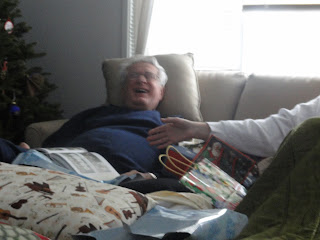 I captured the moment with my camera. He threw his head back and roared with delight. This has to be the best gift I have ever managed to give to another human being. Which is really what makes it the coolest Christmas ever. I still get misty thinking about it.

Dad later went on to communicate by email with the mayor, and got another copy of the book for his sister. We were afraid she already knew about it from previous travels to Austria (without my dad) but it was new to everybody. What an awesome find. 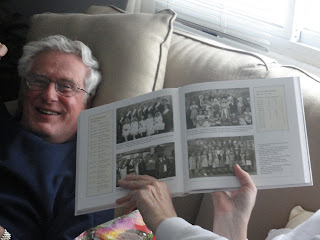 And my wife, who was also having Christmas by herself, hiked out with some friends to a cave and saw some incredible snow formations.

That was a year. 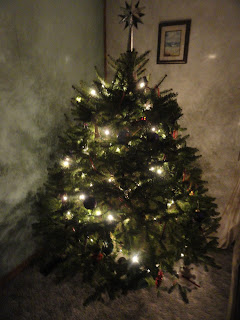 That was also a pretty shrimpy tree
Posted by michael at 8:00 AM