Heinz Memorial Chapel in Pittsburgh is a really nice place to play an organ recital. It is, as you will see, quite visually spectacular. Frank Kurtik, one of the docents there (and a super nice guy) takes spectacular pictures, and in this case the subject matter doesn't make that too difficult. Strangely enough, although I gave a recital there in May, none of the pictures Frank took this time around matched any of the angles from the last time. 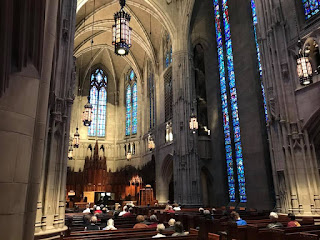 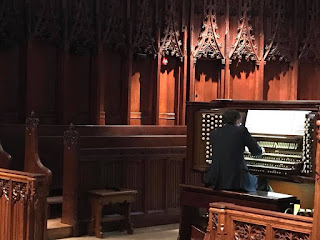 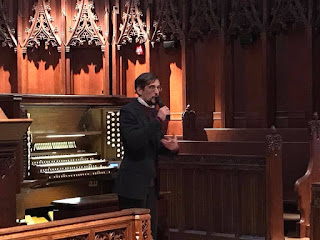 Here are a few from the last concert to round out the perspective: 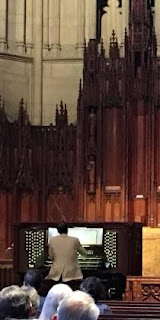 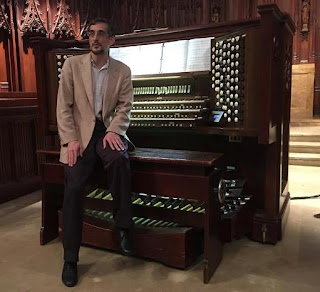 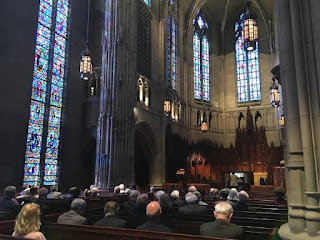 If you'd like to catch the music, for the next week (until Dec 7) it will be up at PianonoiseRadio. In addition to offsite recordings there is a link to  live concert video from my Facebook page. If you weren't quick enough to catch this program on Pianonoise Radio, I'm sure you can find something else nice to listen to on the same page (like the holiday program). It will come around again, eventually.

In the meantime, it still isn't quite Christmas at pianonoise--not for another week, but I'm getting pretty excited. It's nice not to be tired of Jingle Bells by the middle of October, don't you think?

ok, some of you clearly don't think so. That's your right. But in a week we'll both be chilling on the musical eggnog, and I've got a few new pieces for you again this year, so -- see you back here in a few days, and Merry nothing-just-yet!