Music in the Crevices

Last Saturday I had a concert in a cave. Lincoln caverns is about two-and-a-half hours east of Pittsburgh. It is well-lit, and the formations are quite stunning. The acoustics aren't bad, either, though there turned out to be more reverberation at the organ recital I gave the next day. I am parked with a keyboard in one of the pictures below to accompany the soprano, Jett Downey of East End Song Studios, who arranged this fascinating trip. Our location is on the same spot that the cave was entered by the young man who discovered it in the 1940s. Our devoted audience stood up for the short recital and participated in some of the numbers. 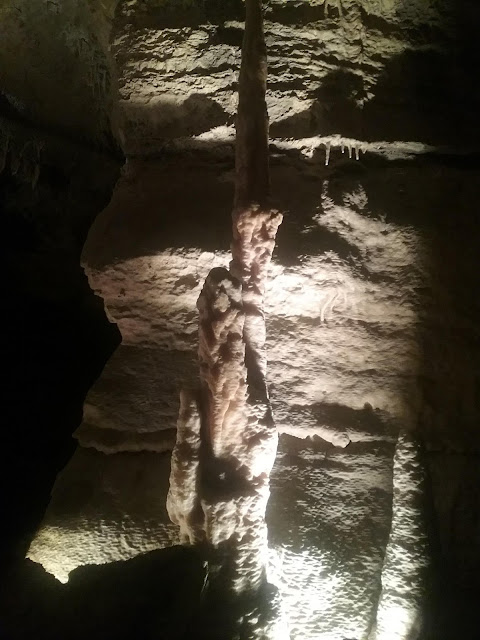 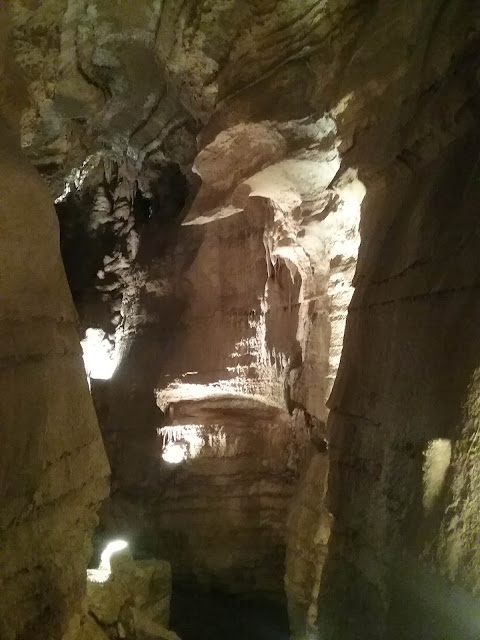 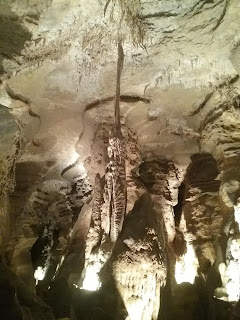 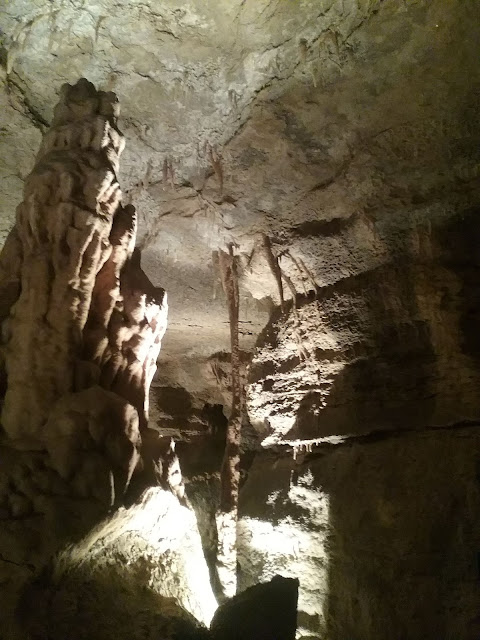 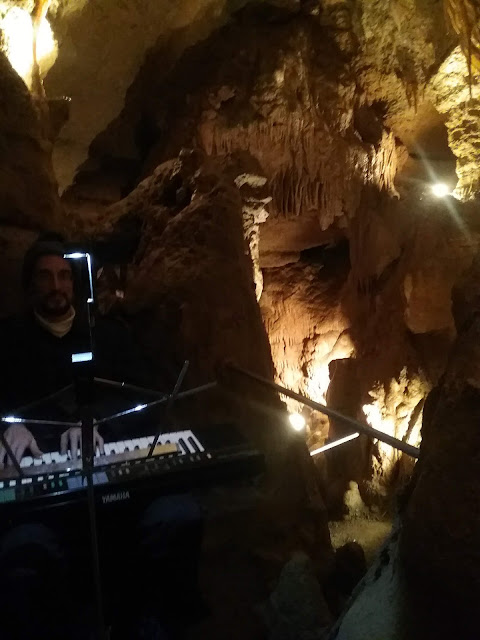 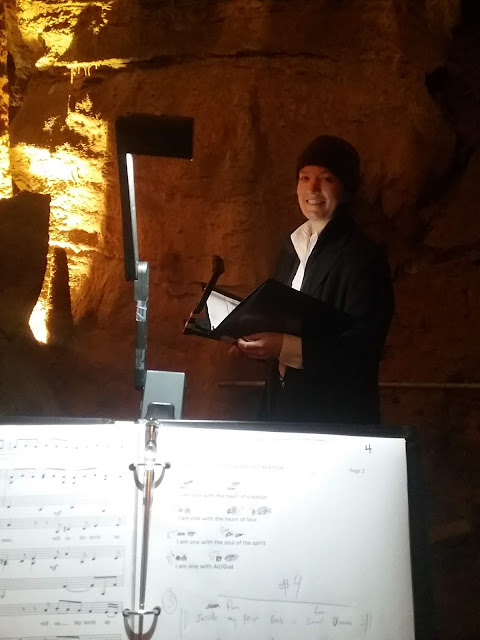 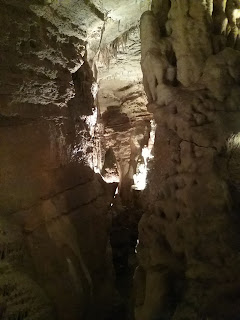 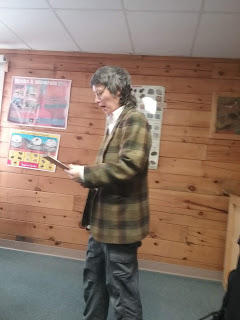 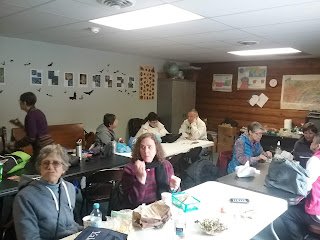 Here we are in the command control room, getting instruction and having lunch. Then we toured the cave (after visiting the gift shop, of course) and had our concert. I am a cave-concert virgin no longer.
(I had a blast! no, don't say blast. That's not something you want to say when you are in a cave.)