A good time was had by all

I'm picking on my pedestrian home town newspaper again when I choose this blog's title, which seemed to be their favorite way to describe everything that ever happened in our little hamlet, but I think it is fair to say that nearly everybody at last week's gathering in my current home town had a pretty good time. Everybody I talked to. And that includes myself.

It seems to have been a while since my last live concert (In October). I've been doing a lot of recording, lately, and as always befits a musician, practicing in isolation. But it really struck home how much fun it can be at a live concert. Last Friday, at a house in Urbana, I was said live concert. 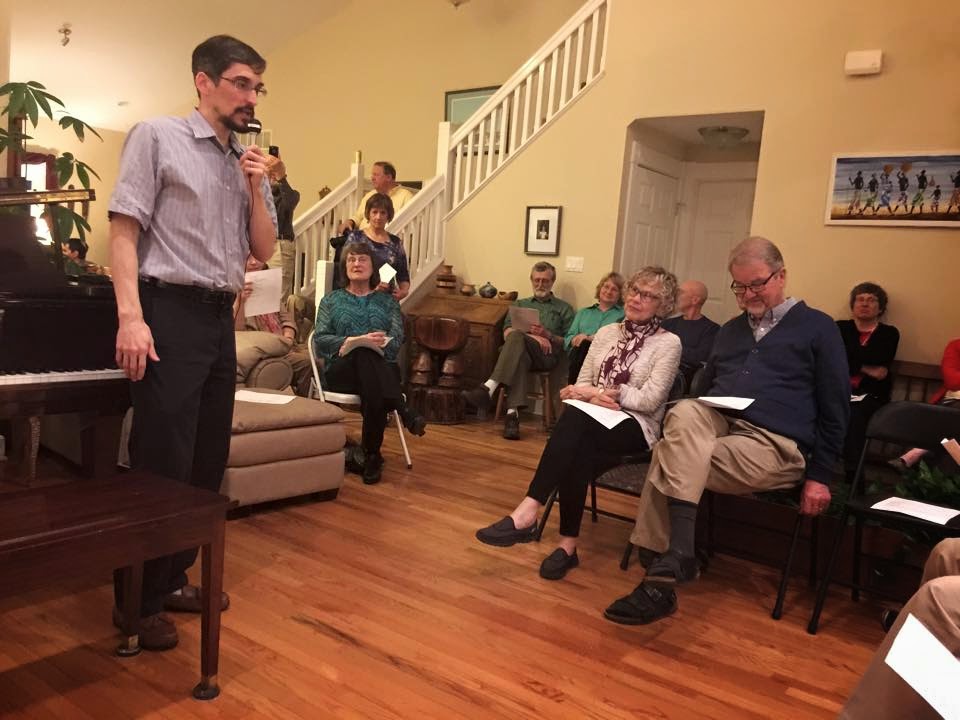 As I mentioned last week, I don't think I've given a house concert in about 15 years. It is interesting what one can do in such an intimate setting. Around 50 persons managed to fit comfortably in the large living-room area, complete with bar, food and drinks, and plenty of time to socialize before the concert. Then I started in with a couple of selections by Rameau. The first turned out to be a duet for piano and lawnmower (you never know when your neighbors are going to cut the grass) and in the second, which was a representation of birds, some real ones piped up outside, which was a delightful effect. 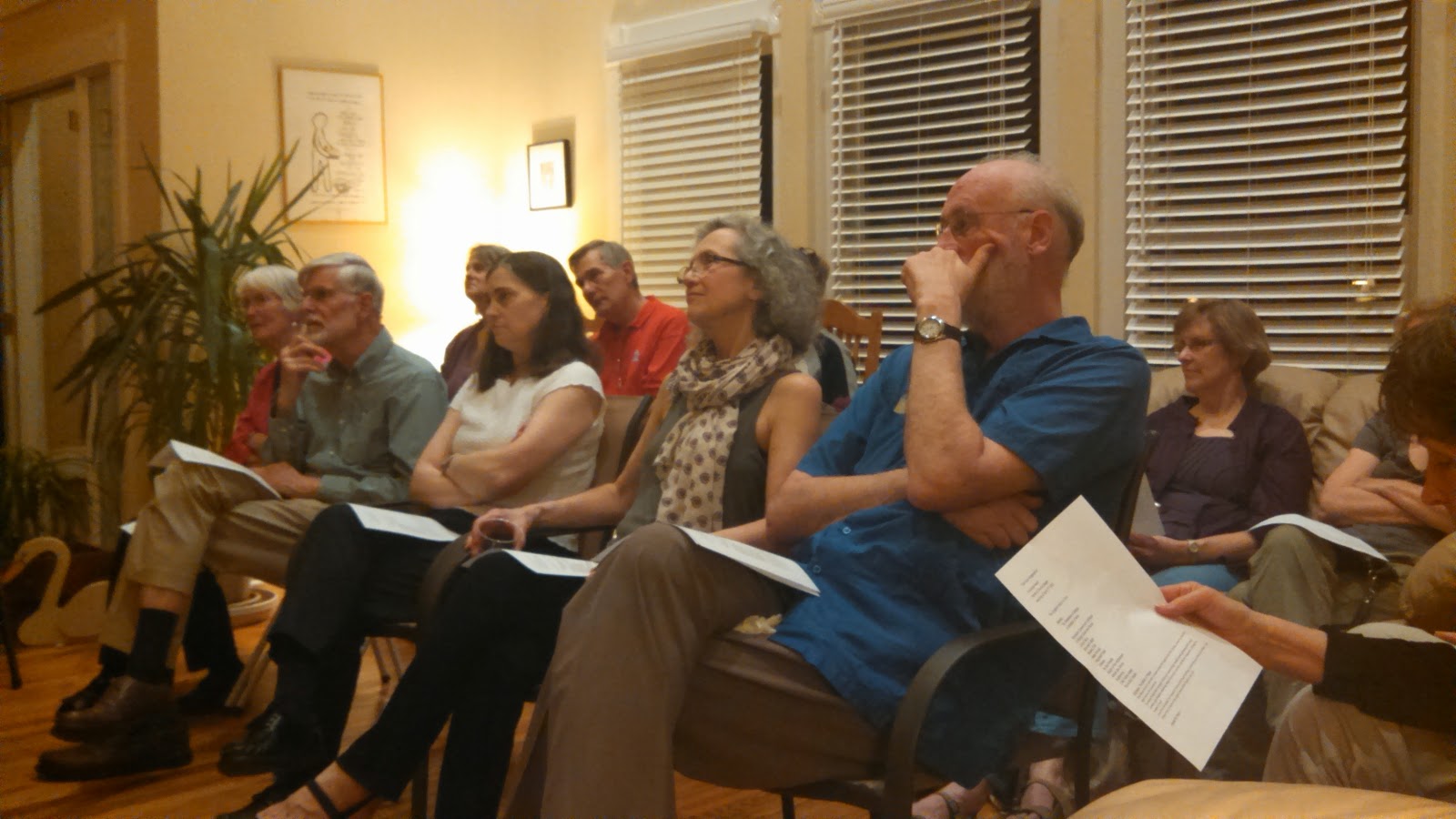 My impresario had reminded everyone not to get drinks in the middle of the selections--this first set functioned much like the classical piano recital it essentially was, and the music was of a serious and profound variety. I continued with a set by Schumann, uninterrupted by commentary. This, I forgot to inform my listeners, was the most beautiful part of the concert, so if they came for artistic transport, they needed to do it now. 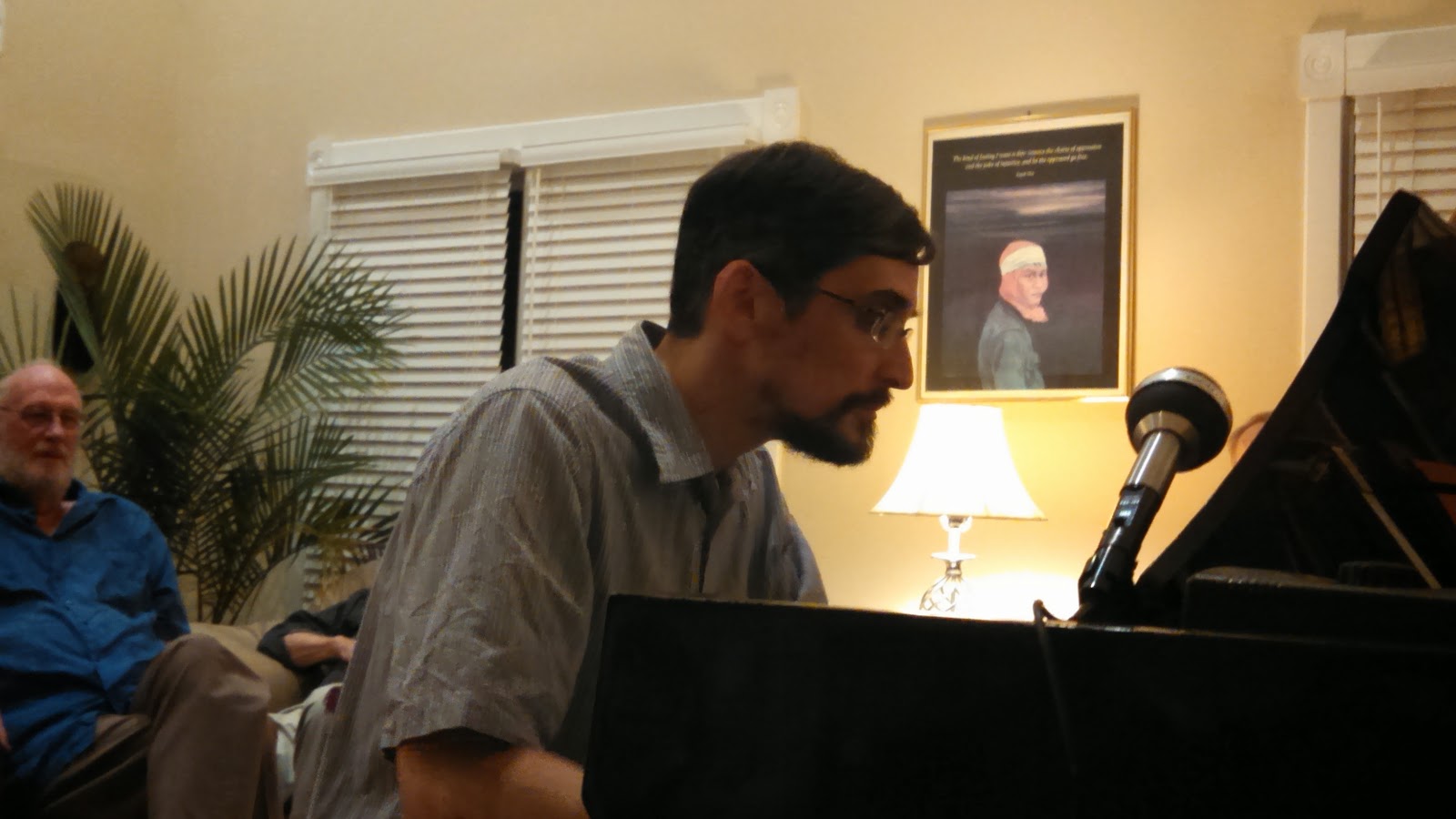 Then things took a turn for the "worse." I told the audience, to whom I had been talking between selections, that we were going to go directly from the sublime to the ridiculous. Kotzwara's "Battle of Prague" served admirably, and included one of the most interesting portions of the evening, the sing-along. 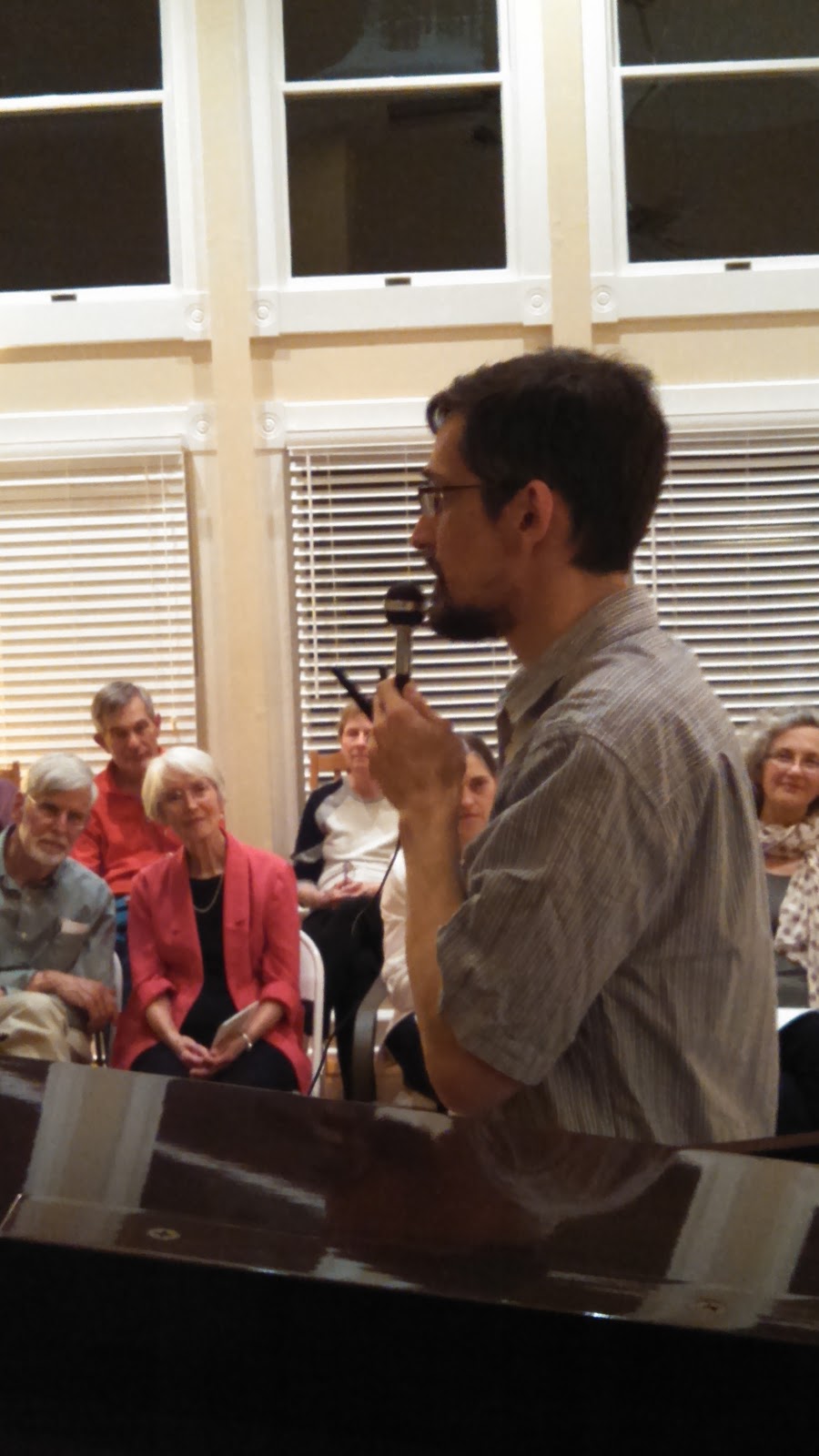 I don't know if you've ever been to a sing-along at a classical recital. Then again, you've probably never heard "The Battle of Prague" played at one, either. I had mentioned to the audience that even though the actual battle had taken place between the Austrians and the Prussians in 1757, that the composer had managed to smuggle in the British national anthem for, of course, sound commercial reasons (i.e., the Brits were the ones buying the music). I then wondered whether the kids playing the music felt the need to stand when they got to that part. 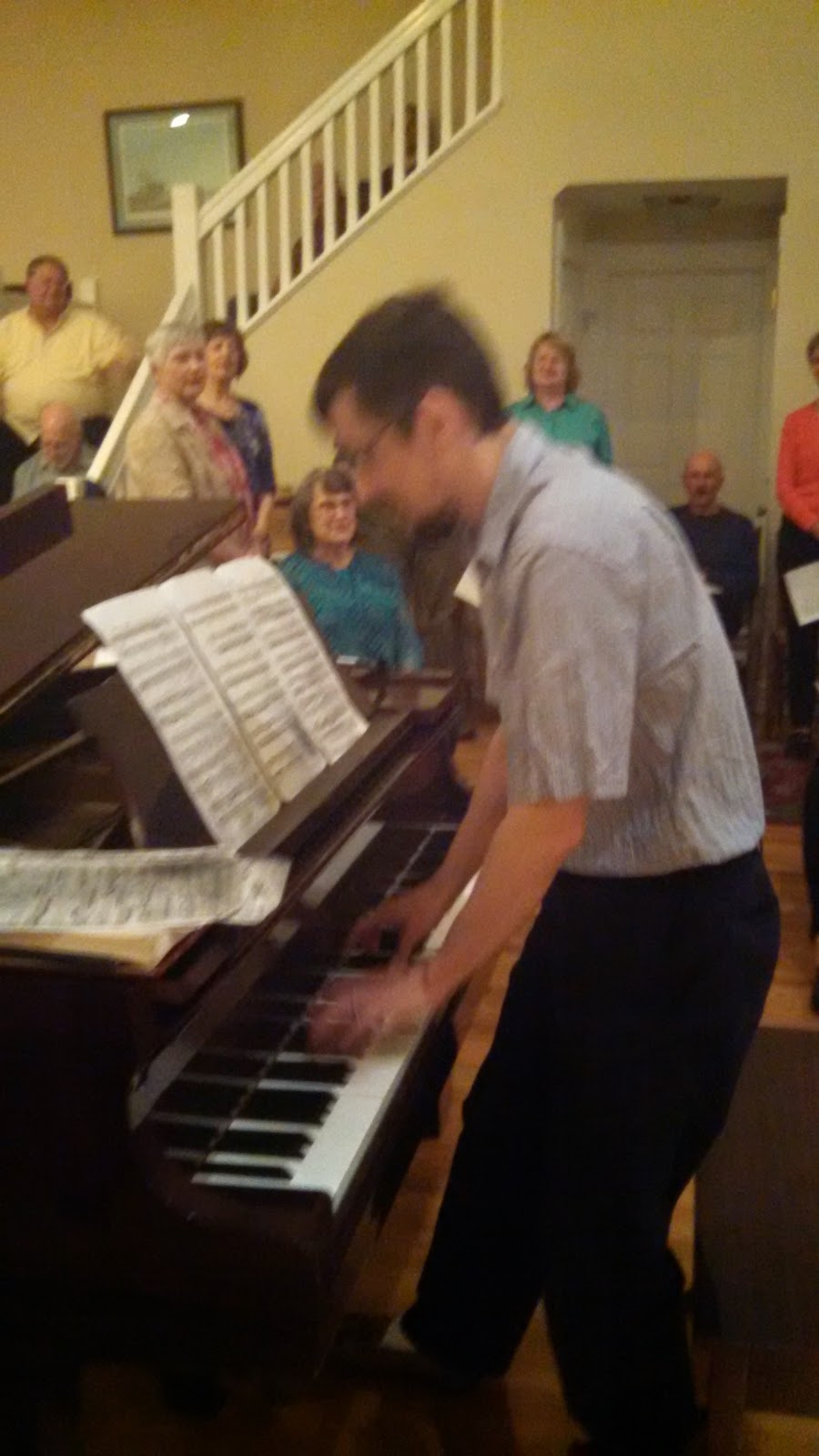 Having set up the joke, I stood to play that section. Several audience members stood as well, and then they began to sing! I had to shout over the din that for God-only-knows-what reason, Kotzwara chose to repeat each half of the piece. But, despite a bit of confusion, the chaos proceeded delightfully apace. We were all flush with enthusiasm at the intermission. 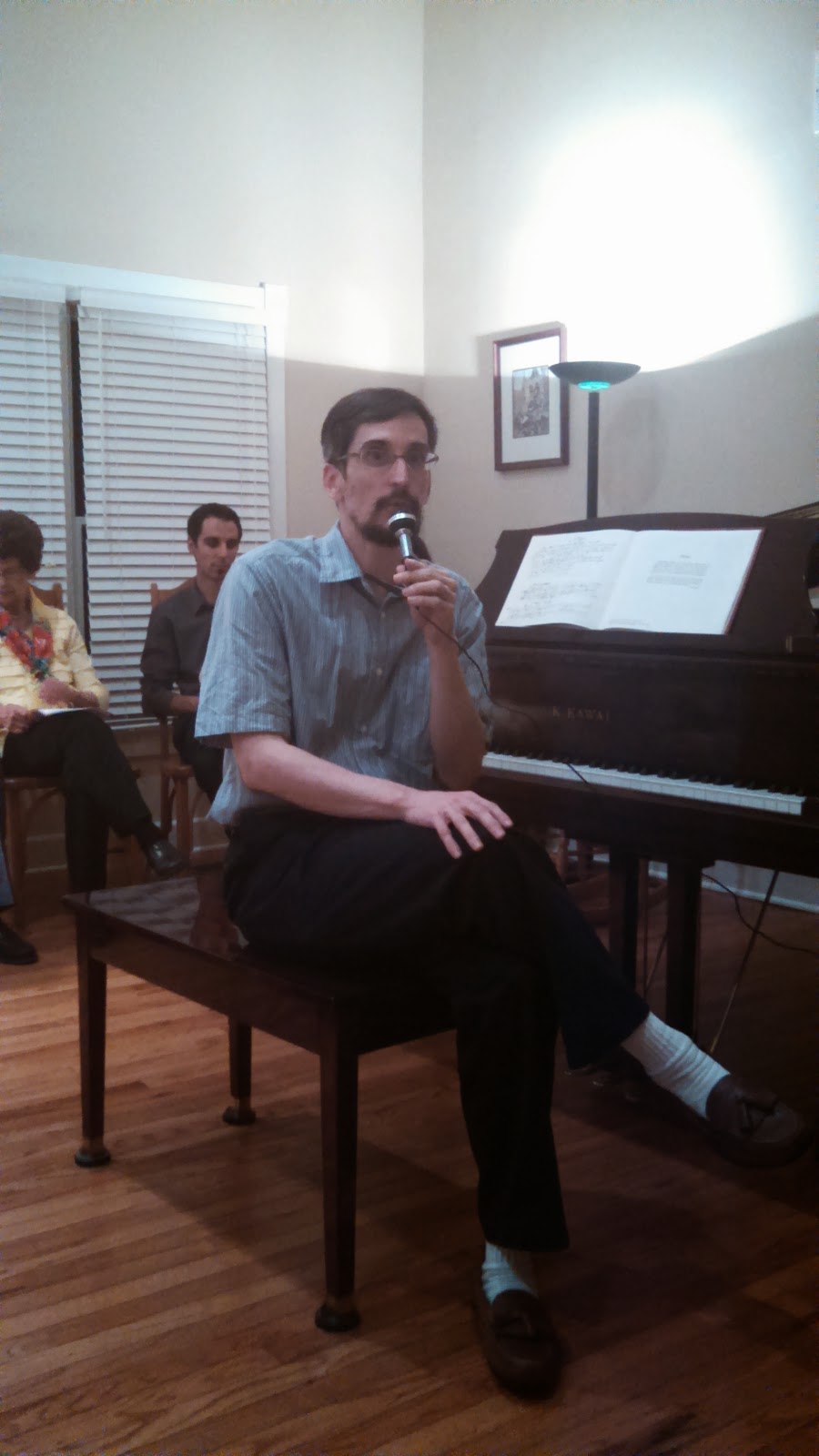 The second half began where the first left off, with a set of silly little pieces by Erik Satie which were so short that, unlike the Schumann set, which I had played without interruption, I was able to break the musical spell and talk about a piece or two whenever I felt like I had something to say. 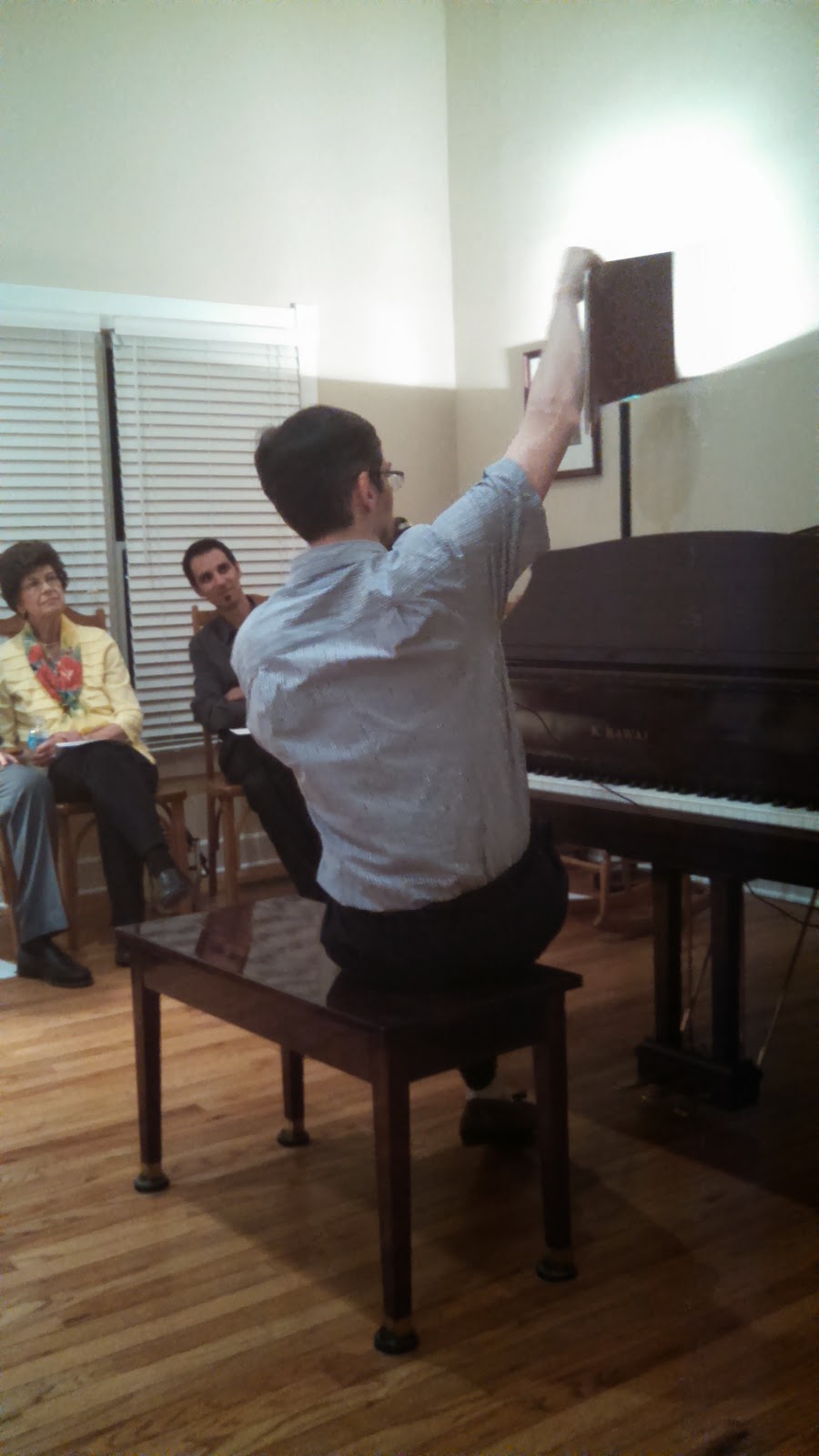 At one point I announced that both the Schumann and the Satie collections had musical settings of "blind man's bluff" and, playing each in turn, asked for a vote to see which the audience liked the best. The Satie won, but Mr. Schumann had some adherents. 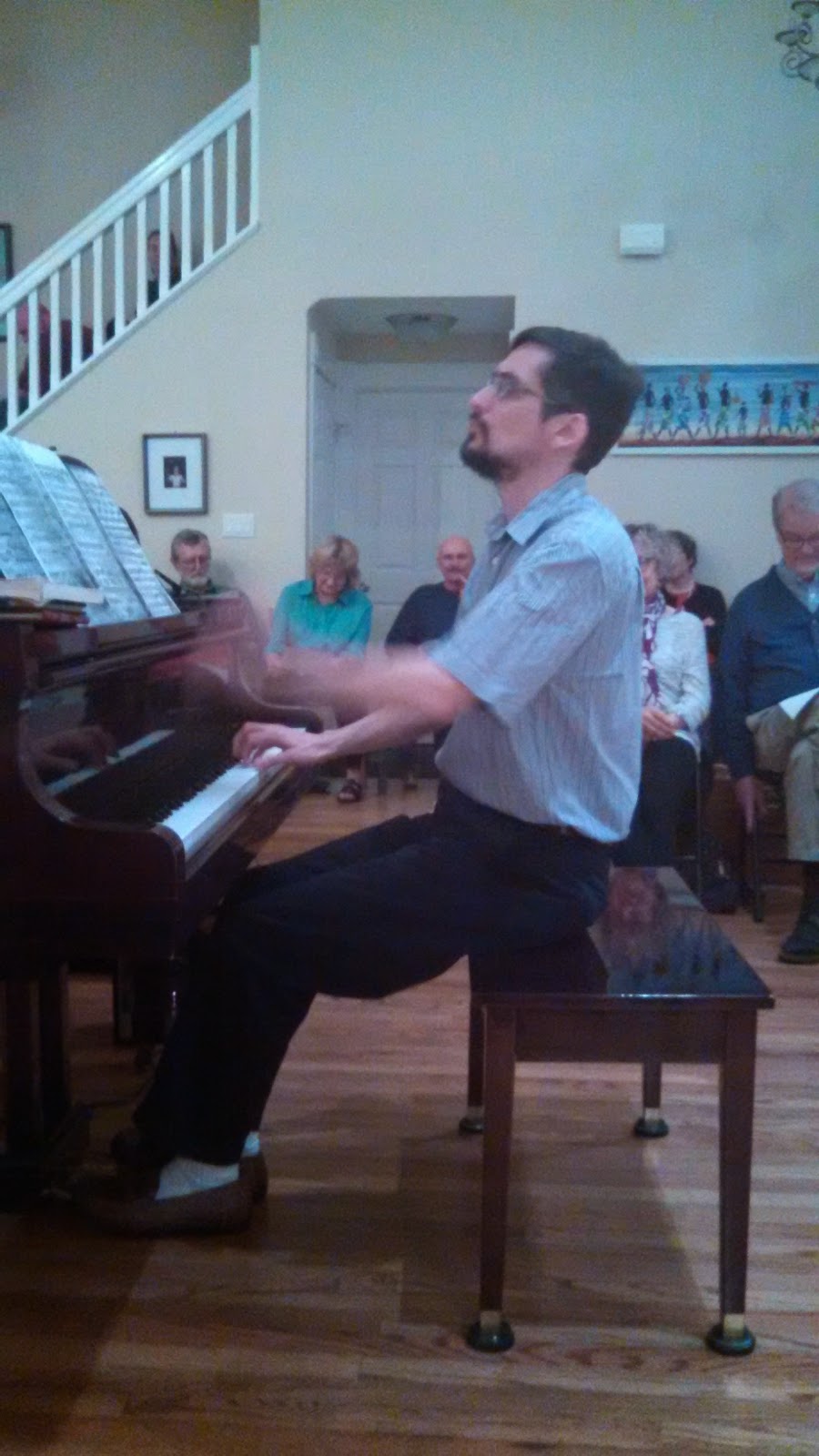 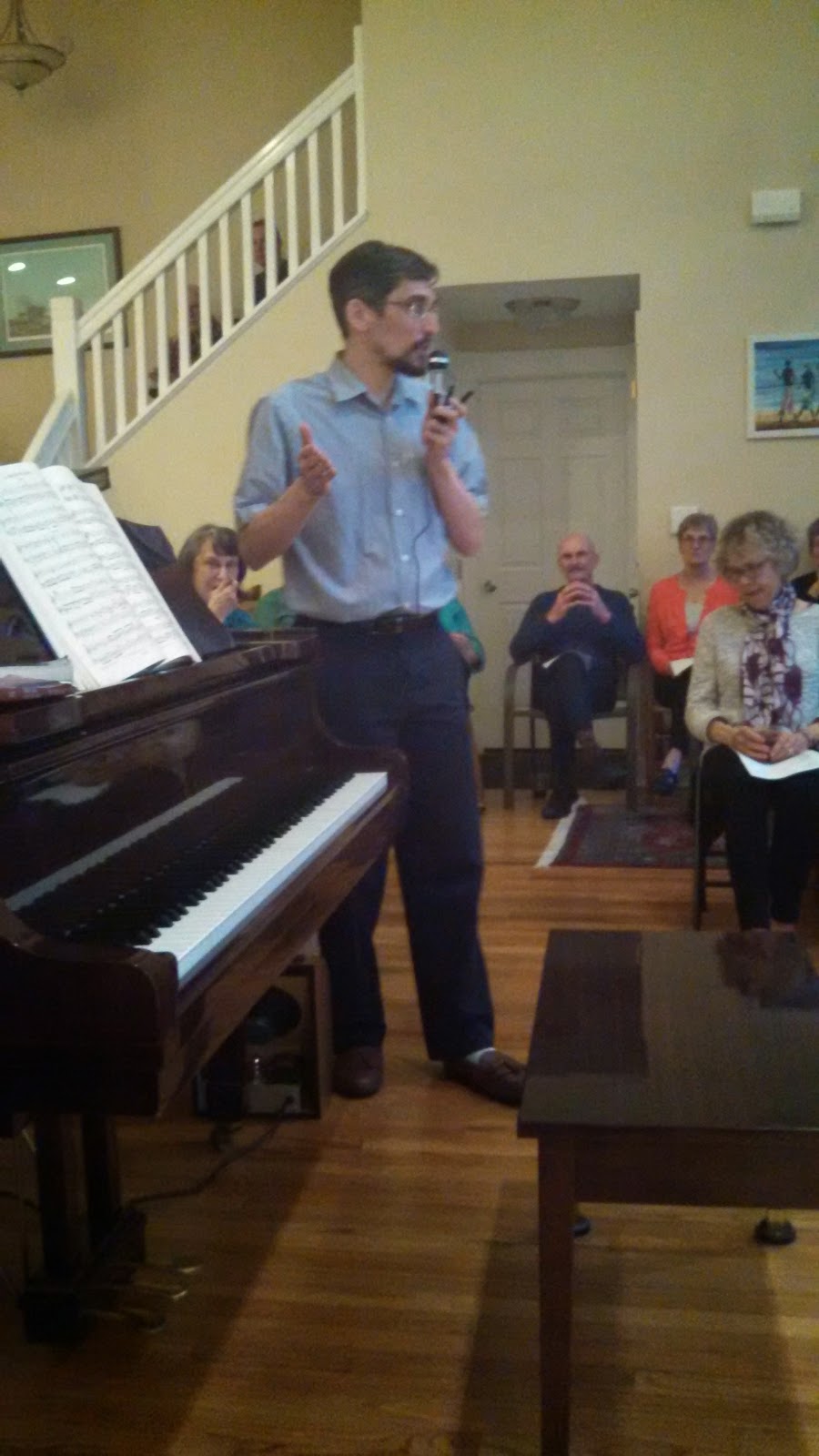 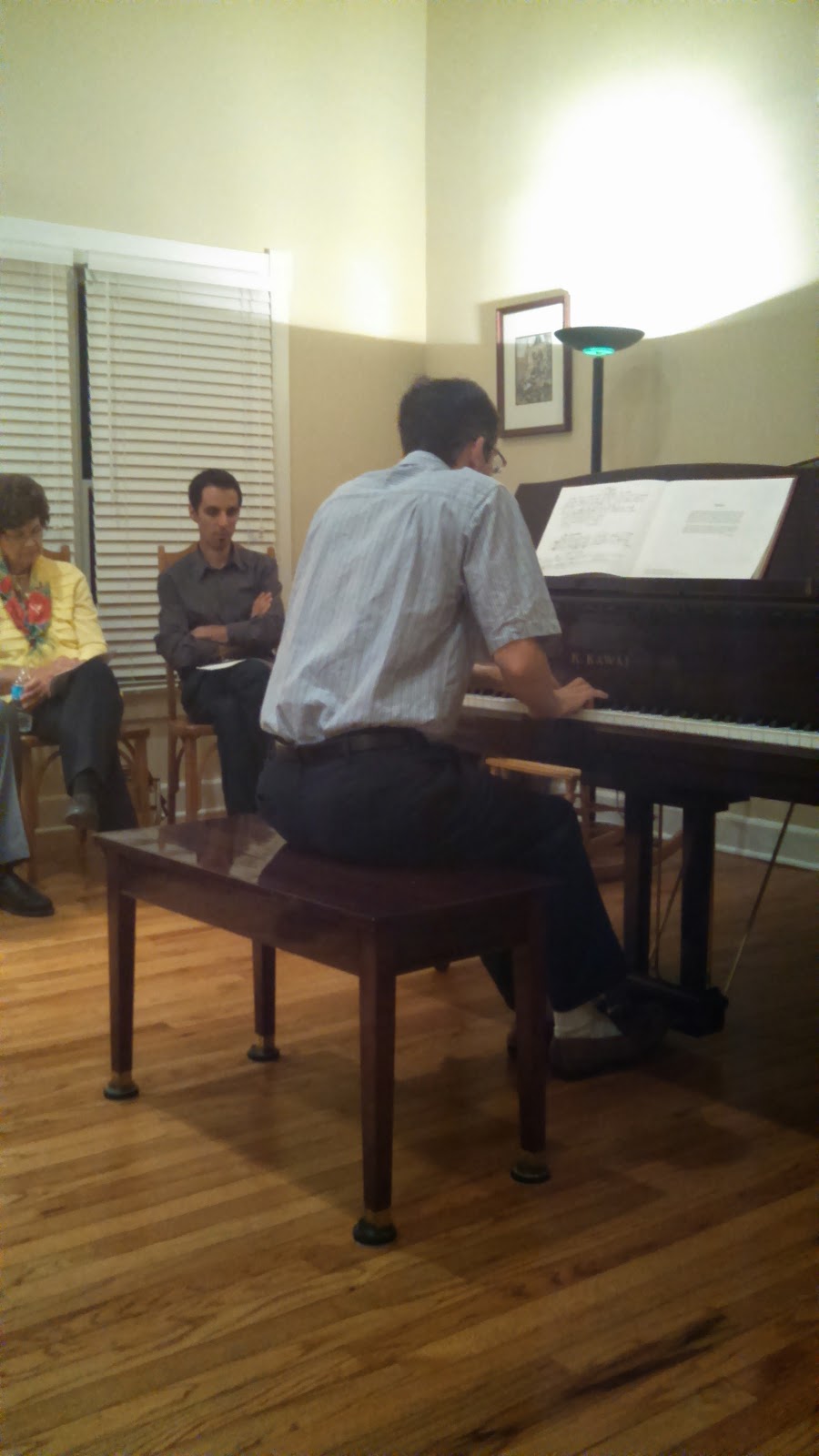 Having begun formally, the concert spent 2/3 of its length becoming more and more relaxed, and the audience had no trouble laughing during portions of the "Crush Collision March" at the end, unafraid of breaking recital taboos. At the end, after one more Joplin rag, I was asked to improvise an encore, and the evening came to an end.
Posted by michael at 8:00 AM