A couple of weeks ago, it happened. Five people from the Buzard organ company came and took away our organ console. 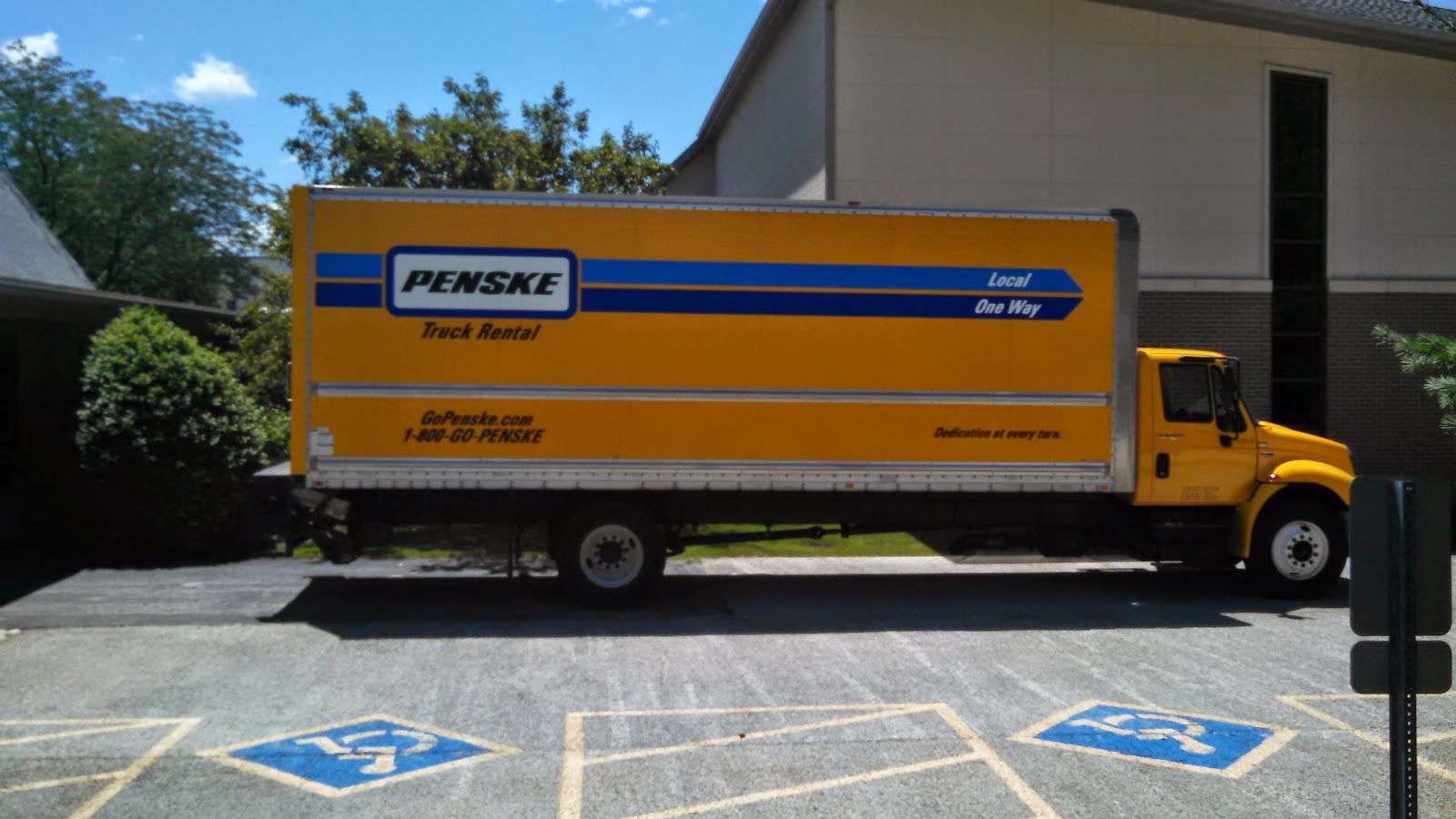 When you see a truck this big parked outside of your
church, you know something is going on!

On the left, that is an action shot of a guy moving a small board for some reason. He is not clubbing our old console to death--we are going to need it again!

After removing the top of the console, and the board below the keyboard, I had a nice view of the circuitry inside. Some of it goes back technologically 100 years. 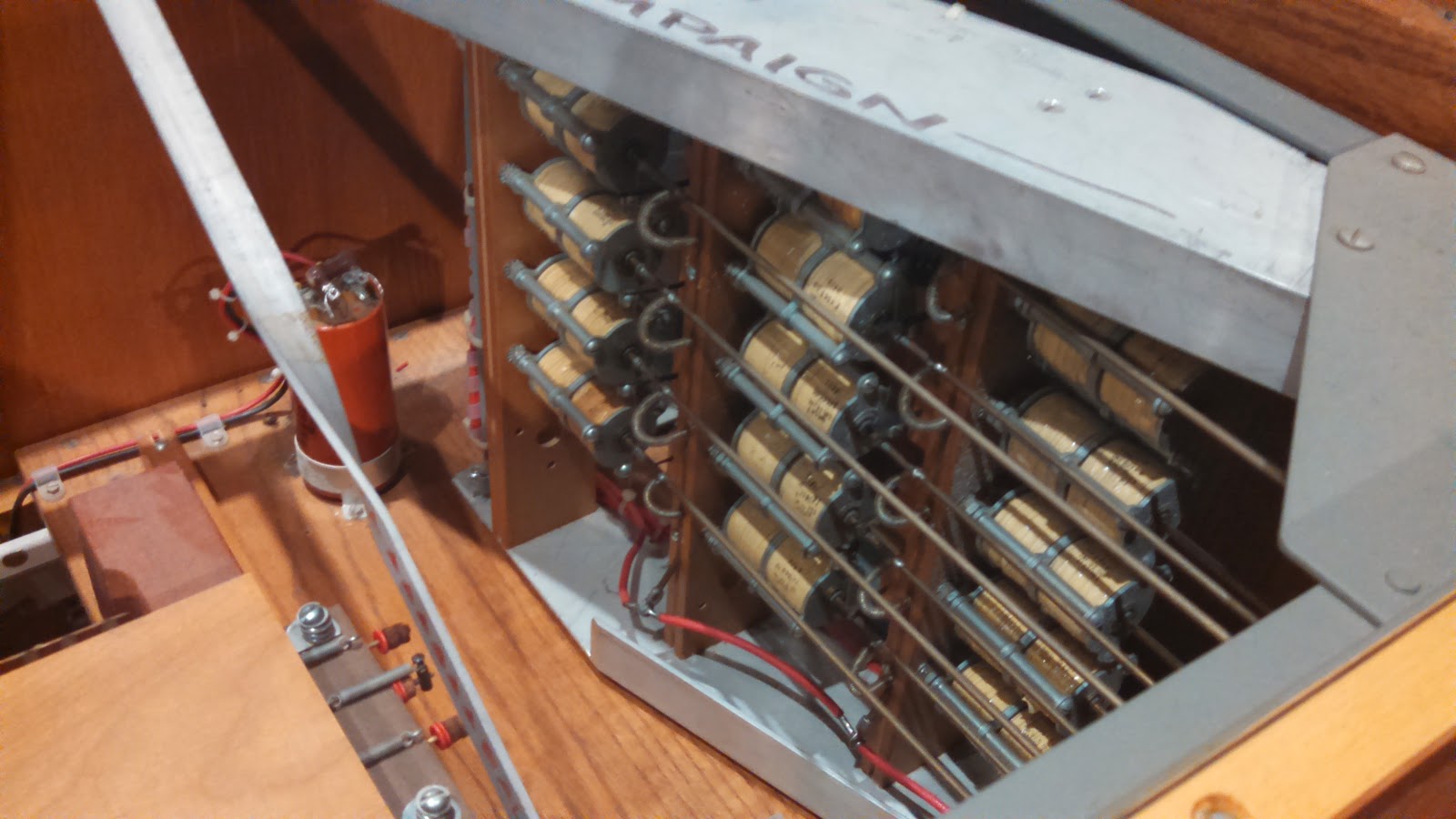 Those solinoids aren't the problem, however. It is the more recent, 1980s technology that has been causing the problems with our relay system. 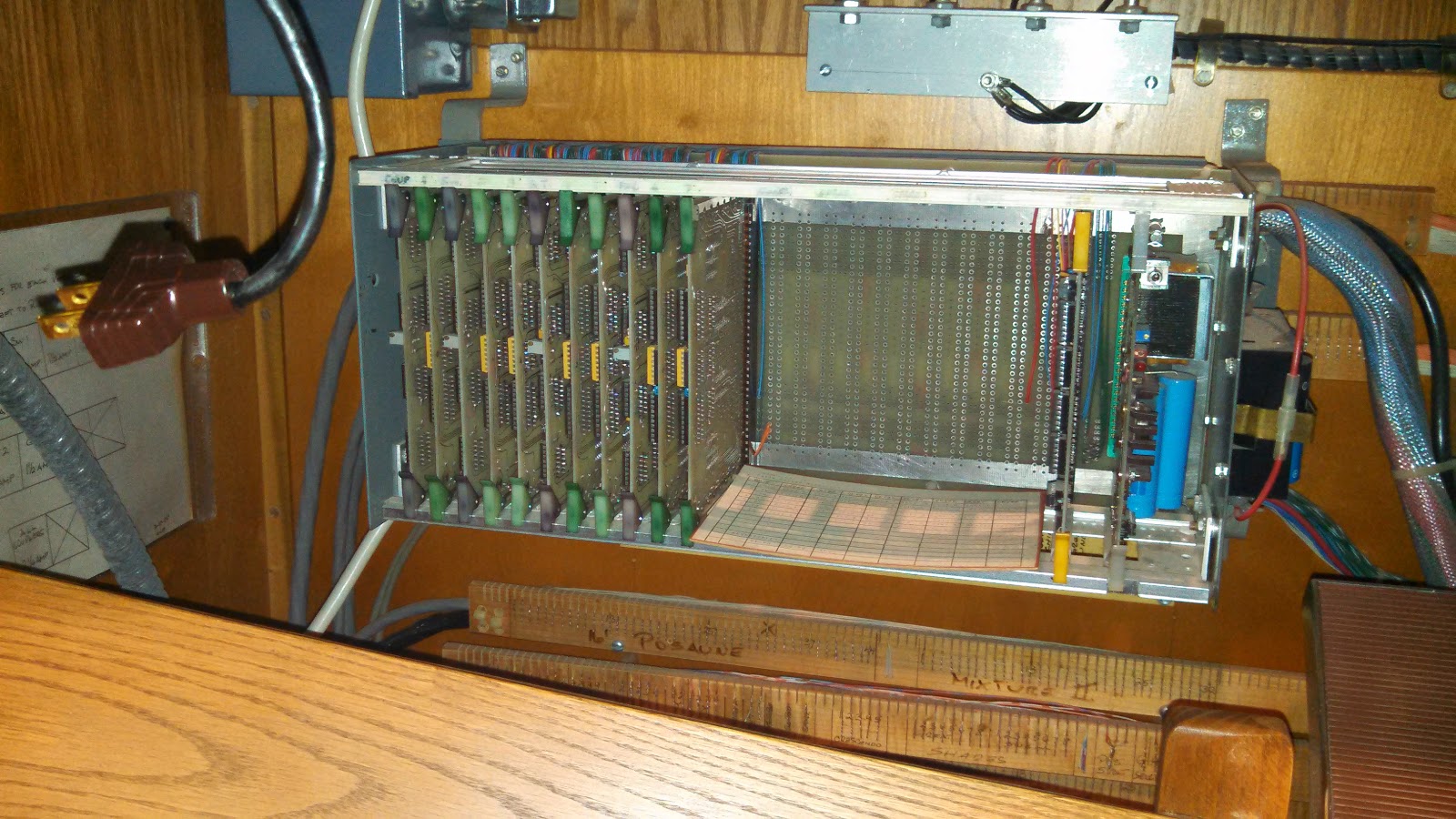 Those guys are a lot like the cards inside your computer. They burn out any time we take a lightning strike (which happens every summer) and need to be replaced by cards that have to be gotten from somebody else's defunct organ--new ones are no longer being made. They are a major reason behind this repair. 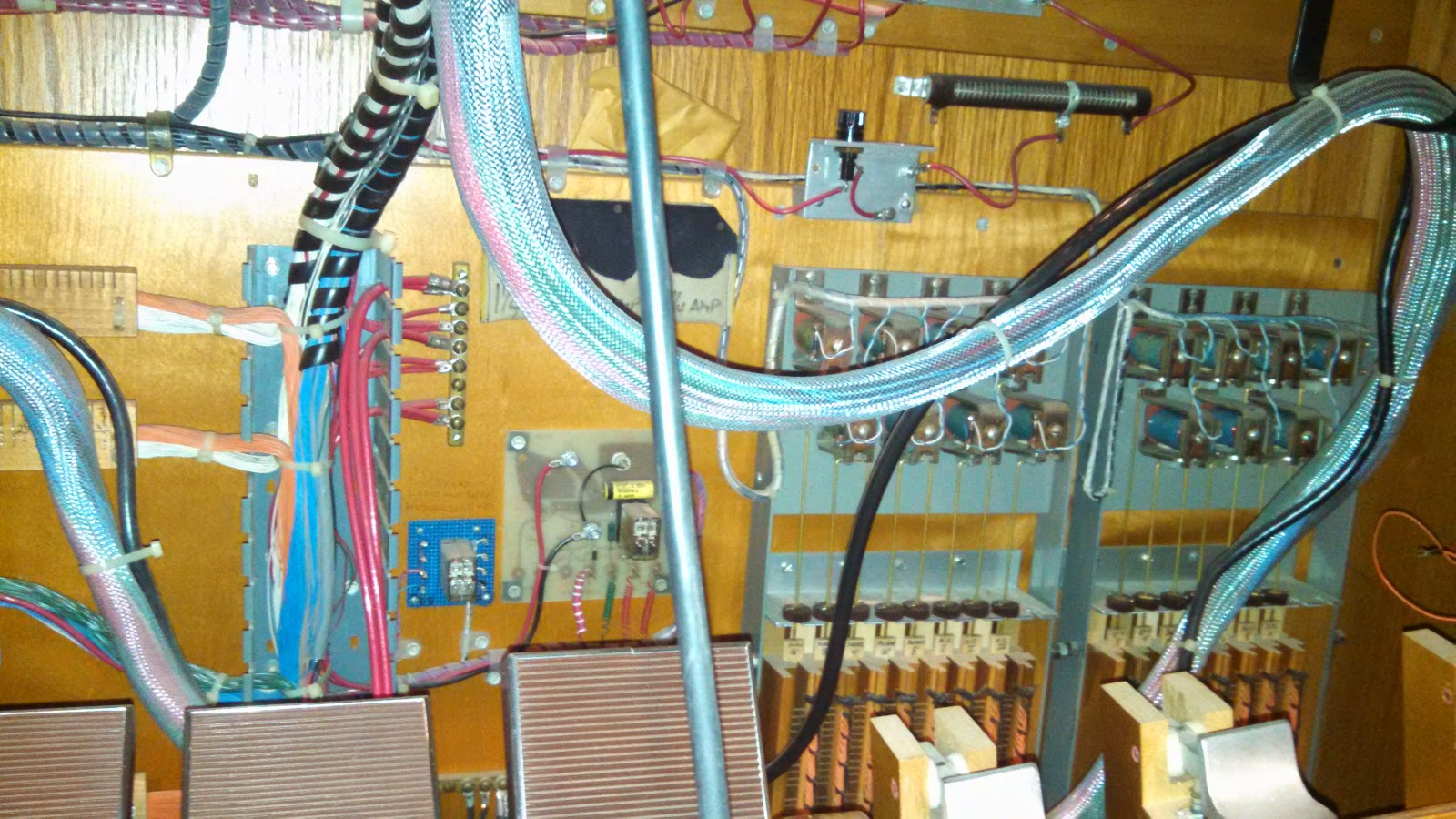 We are also hoping to lose a few of those cables in the big bundles inside. I had been joking that you practically needed to call Julie (the utility company's phone line that can tell where all the underground cables are) before you moved the organ console. 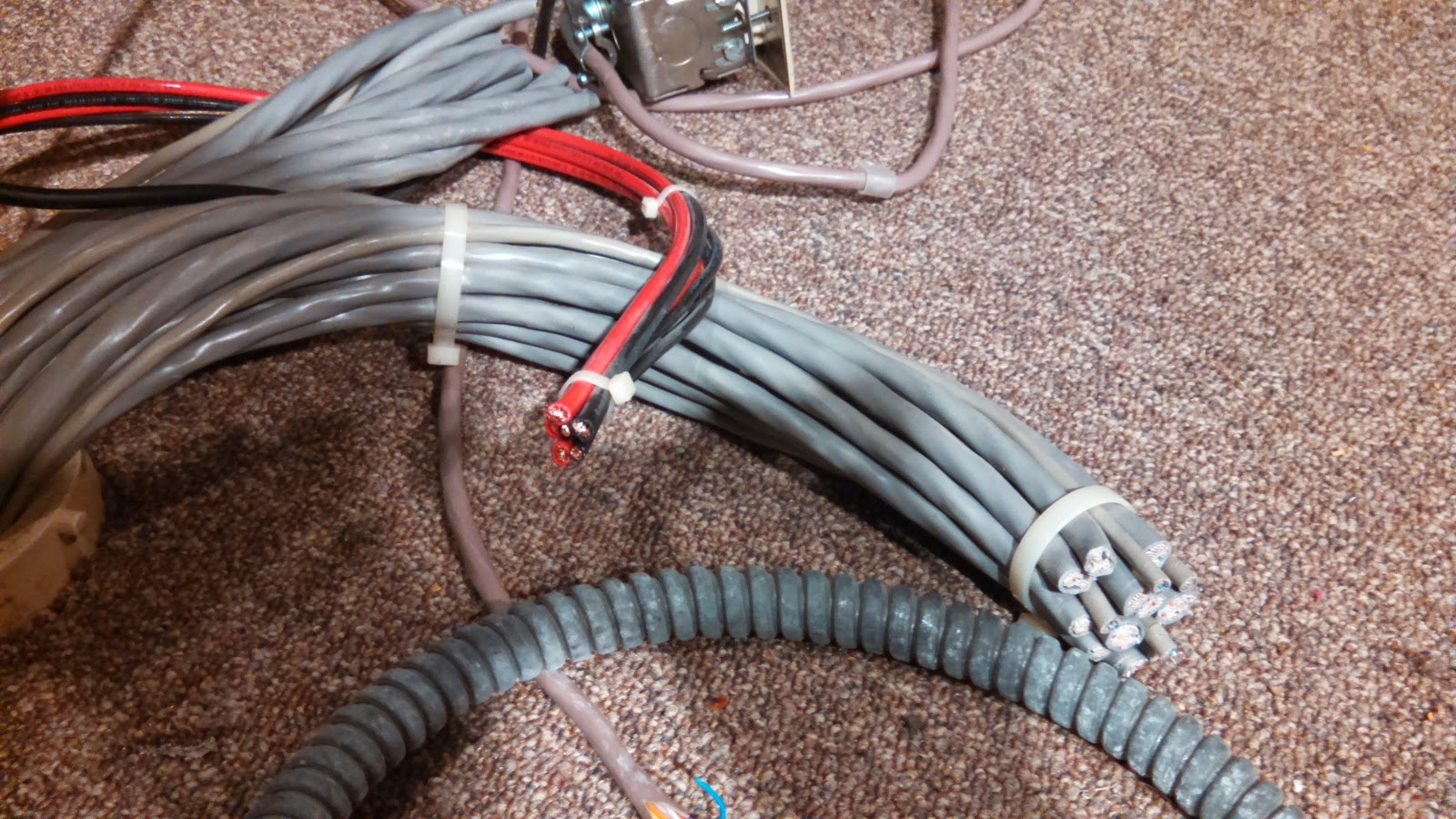 Before he cut the bundle of cables, irrevocably rendering the console inoperable, he said, dramatically, "are you sure you want to do this?"

I gulped. I had heard the stories about how the largest organ in the world couldn't be played because some workmen had accidentally cut through a thick wad of cables. Yikes.

But it had to be done. So we did. After we spent some time turning off all three circuit boxes potentially sending current in the direction of the organ console and calling in an electrician because the connection was hardwired in and nobody wanted to get electrocuted guessing wrong about how to disconnect it.

The all six of us gingerly guided it down the stairs of the altar area and into the aisle, where it was rolled on dollies out of the church. It left behind this connection out of the floor: 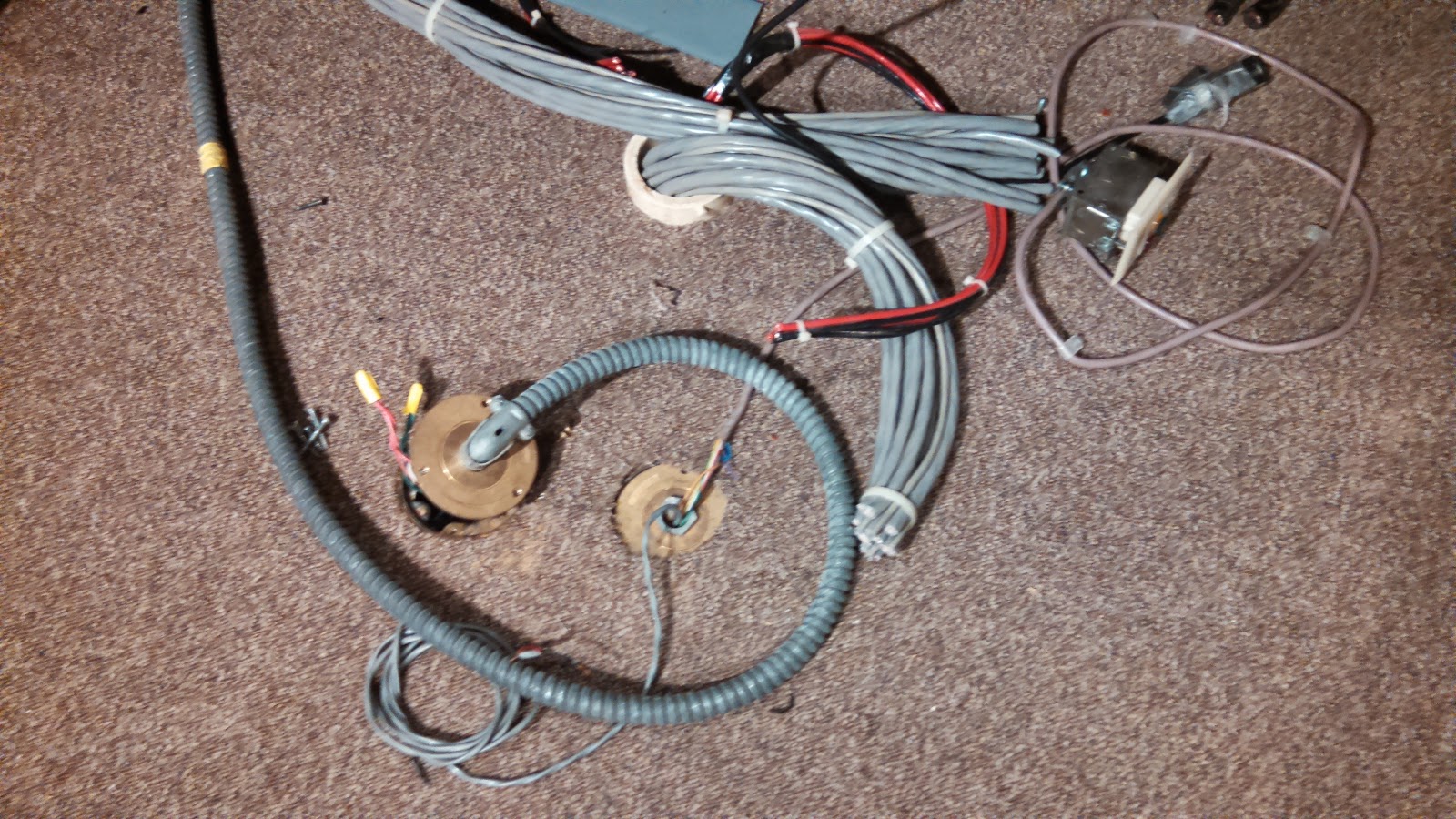 I rolled the piano over top so nobody trips over all of this stuff. Then they put it in a truck and drove away. " ::sob:: I miss my organ console! 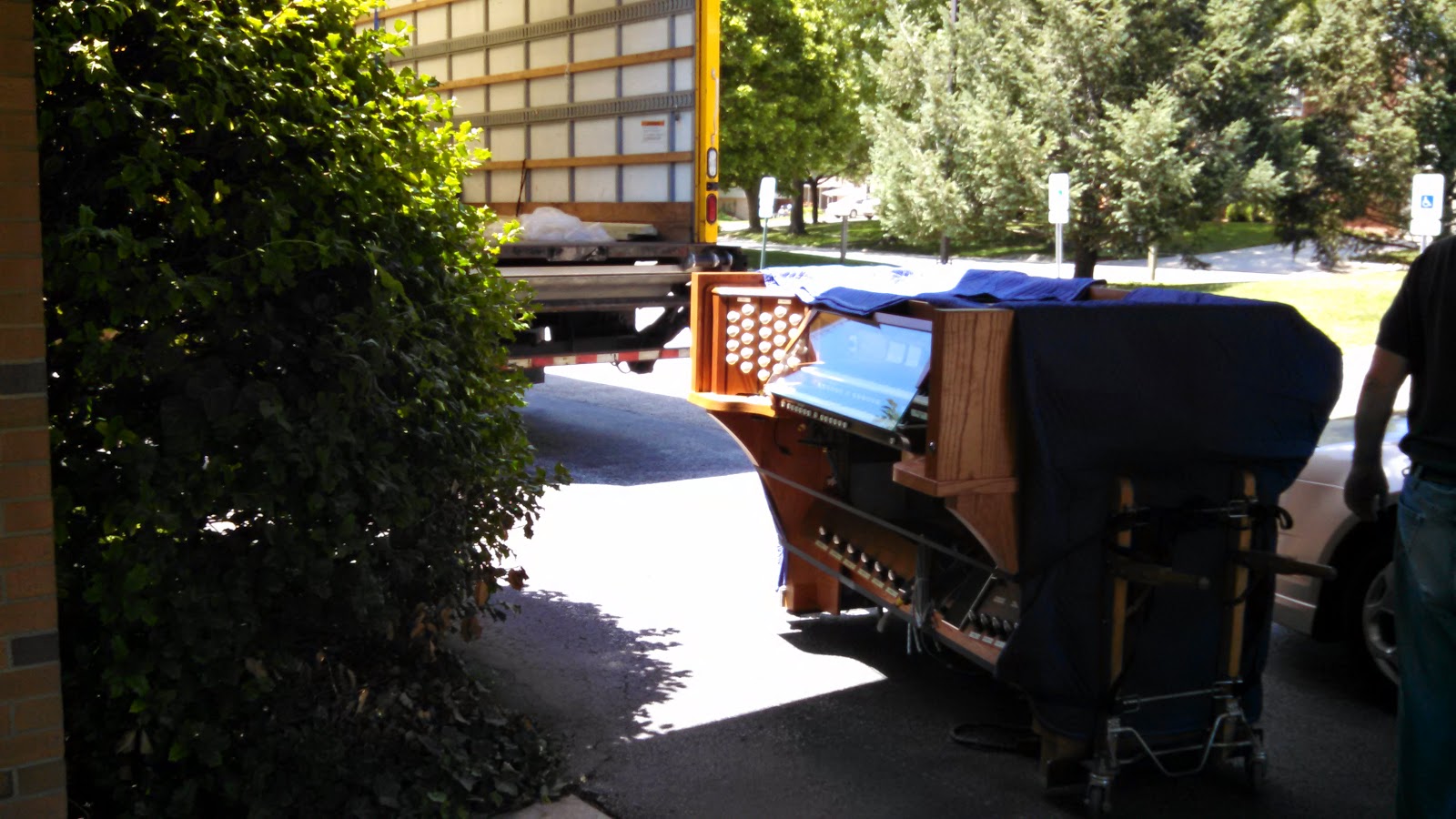 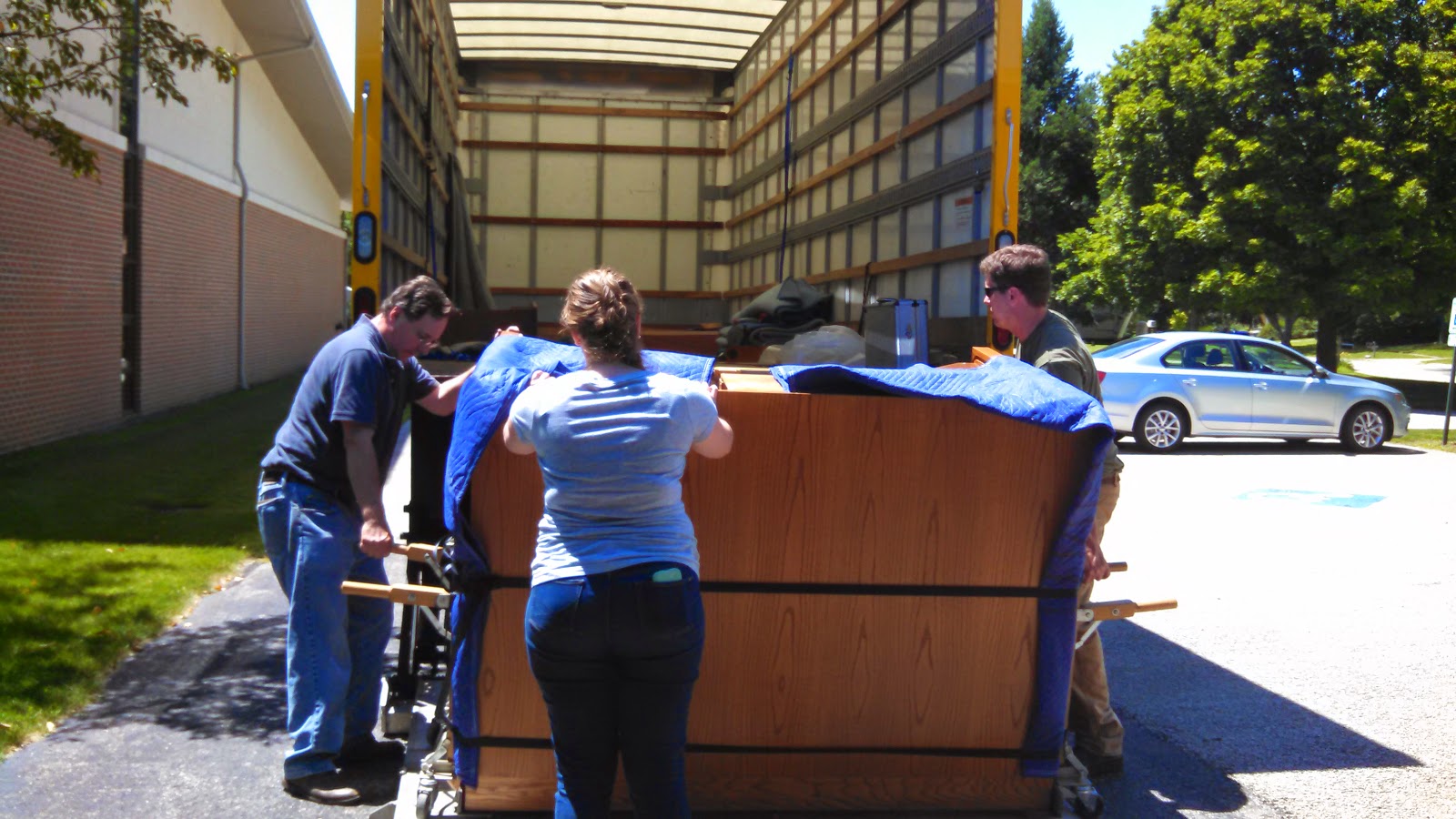 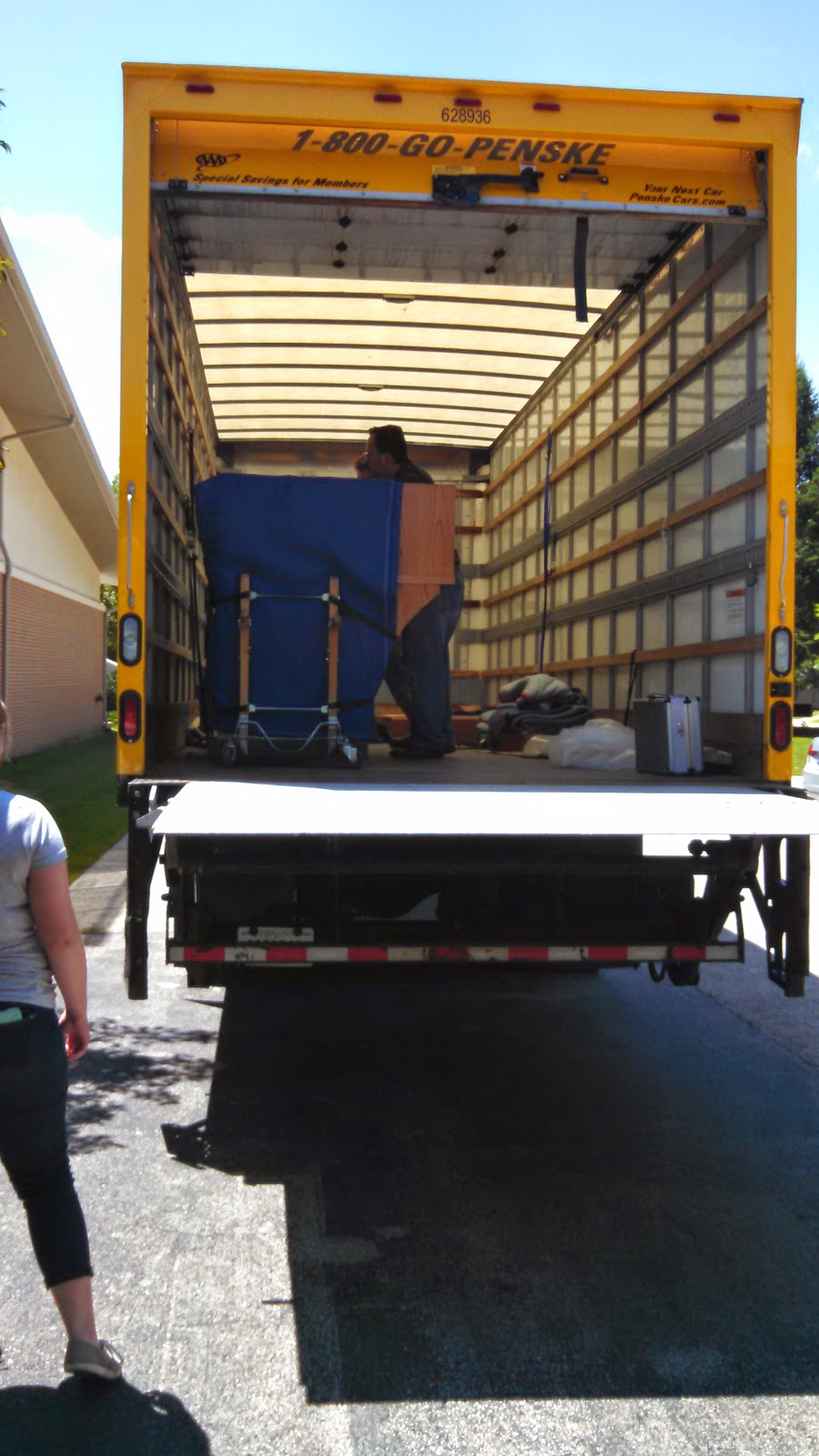 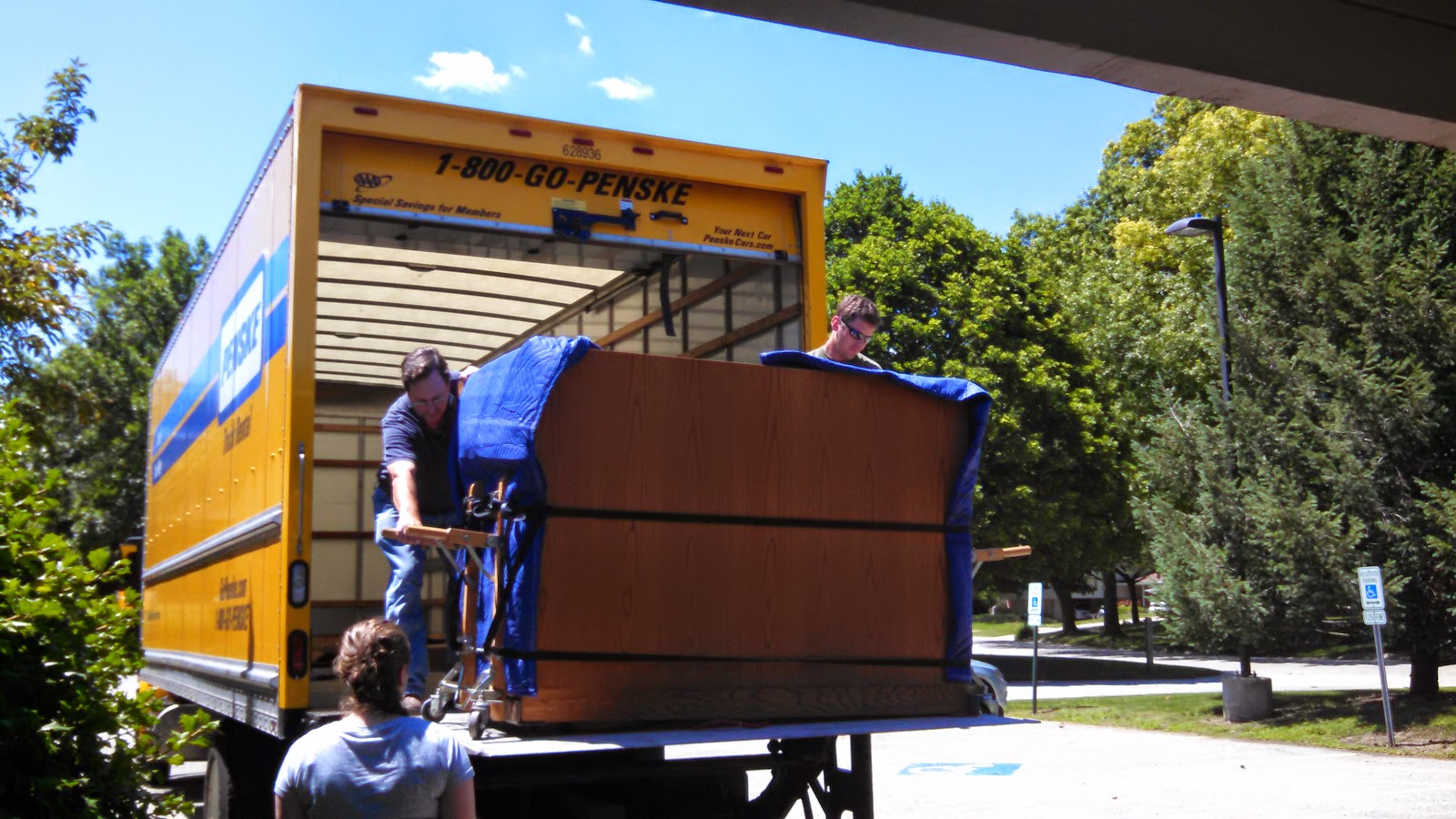 I'll visit you in the organ hospital, ok, buddy?
Posted by michael at 8:00 AM