Desktops are nothing new

If something has to be really new in order to be relevant to you then pipe organs probably aren't your thing.

On the other hand, some of them really do have the latest bells and whistles on them which are combined with technologies that go back to the Middle Ages and include several periods in between. That can be pretty cool.

But as someone calling himself "the teacher" said a few thousand years ago, "truly, there is nothing new under the sun." And if you are a dedicated acolyte of this philosophy, not only are you prepared to ignore everything from cell phones to light bulbs to immunization and jet propulsion, you will be able to find something that got there ahead of everything we have today in some way or other, no matter how you may have to stretch to do it.

I submit for your inspection, the laptop computer from which some of you are reading this article. Now where computers began life as gargantuan structures which could fill a house--such as "Eniac," which took nearly 1800 square feet, and could only do a paltry 5,000 addition or subtraction problems a second--where a computer began large and has since shrunk to a fraction of its original size, the organ has gone in completely the opposite direction. It was in fact introduced to the world as a desktop model, albeit with far less dazzling of a sonic palette, and has since exploded to fill several rooms.

The first organ goes all the way back to the 3rd century BCE and is credited to a fellow named Ctesibius. We don't have a picture of it, but I can give you something relatively close. Pull up a chair. I feel a story coming on:

A couple of years ago Kristen and I were in Budapest. We went to a place called Aquincum, which is famous for its Roman ruins. I had particularly wanted to go there because they have what may be the oldest known organ in existence. Can you play on it? No. Does it actually work anymore? No. Thereby hangs a tale.

It seems that a certain citizen of the town, doubtless burdened with money, wanted to give his wife something to play upon, and purchased her a fine little instrument. Unfortunately, though her playing must have worked wonders for the health of those around her, she died anyway, and the distraught fellow naturally donated the organ to the first place that you would have donated an organ had this happened to you: the local firehouse. There is a nice plaque about that at the museum in Aquincum: 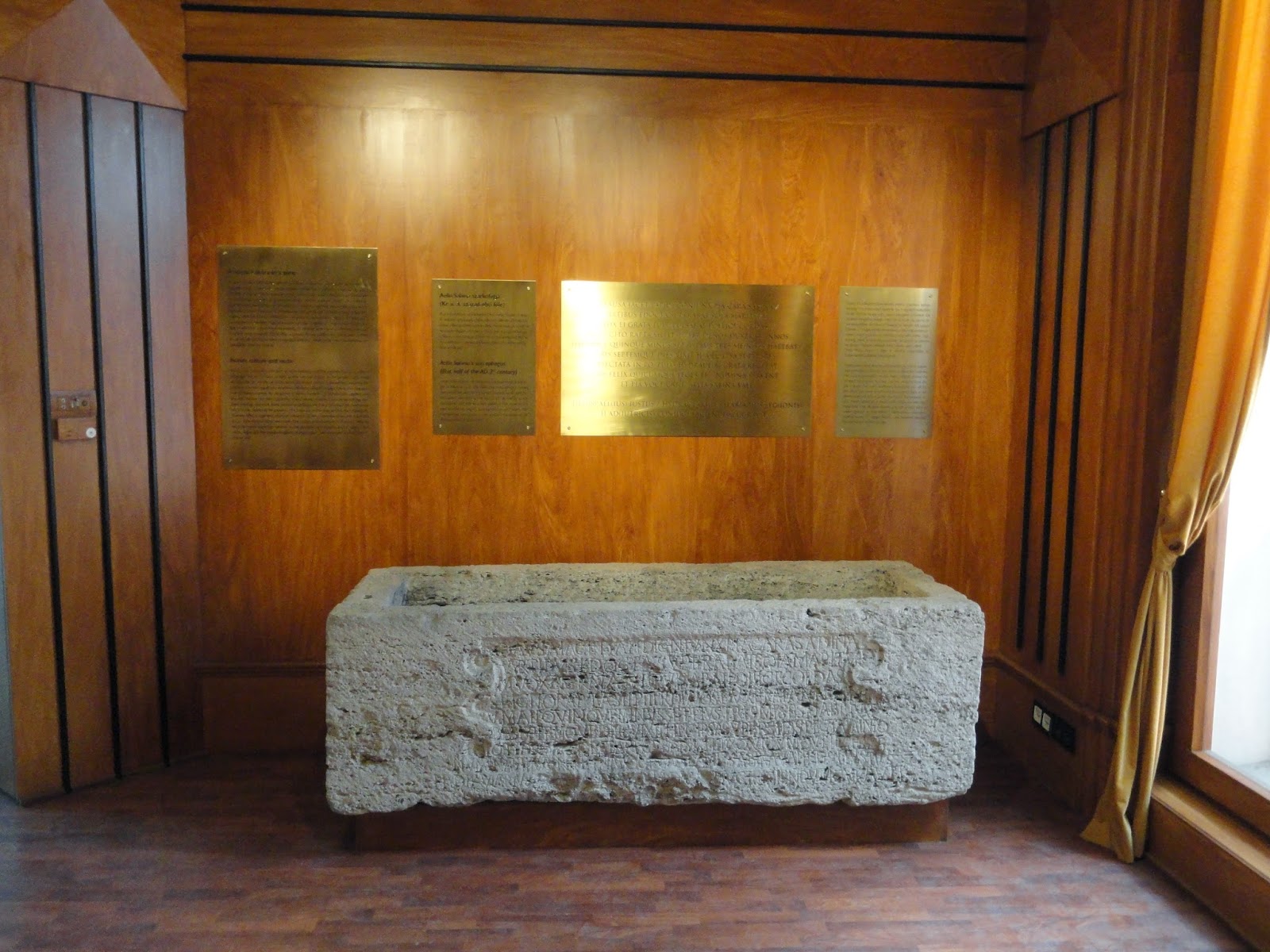 The sarcophagus-like object in the picture above is a sarcophagus (for his wife, I think).


It may be a surprise to you that firehouses even existed that far back in time. It certainly seems to have been a surprise to the persons running it; in time there was a great fire, and the entire town burned to the ground. This, alas, included the firehouse itself, and the organ inside. (A strategic blunder that I'm sure that gentleman did not want to repeat: next time he would have to donate his organ to a safer establishment like the local fireworks factory.)

Which is why all that remains of this beloved organ are the pipes, lovingly arranged on a table under some glass. 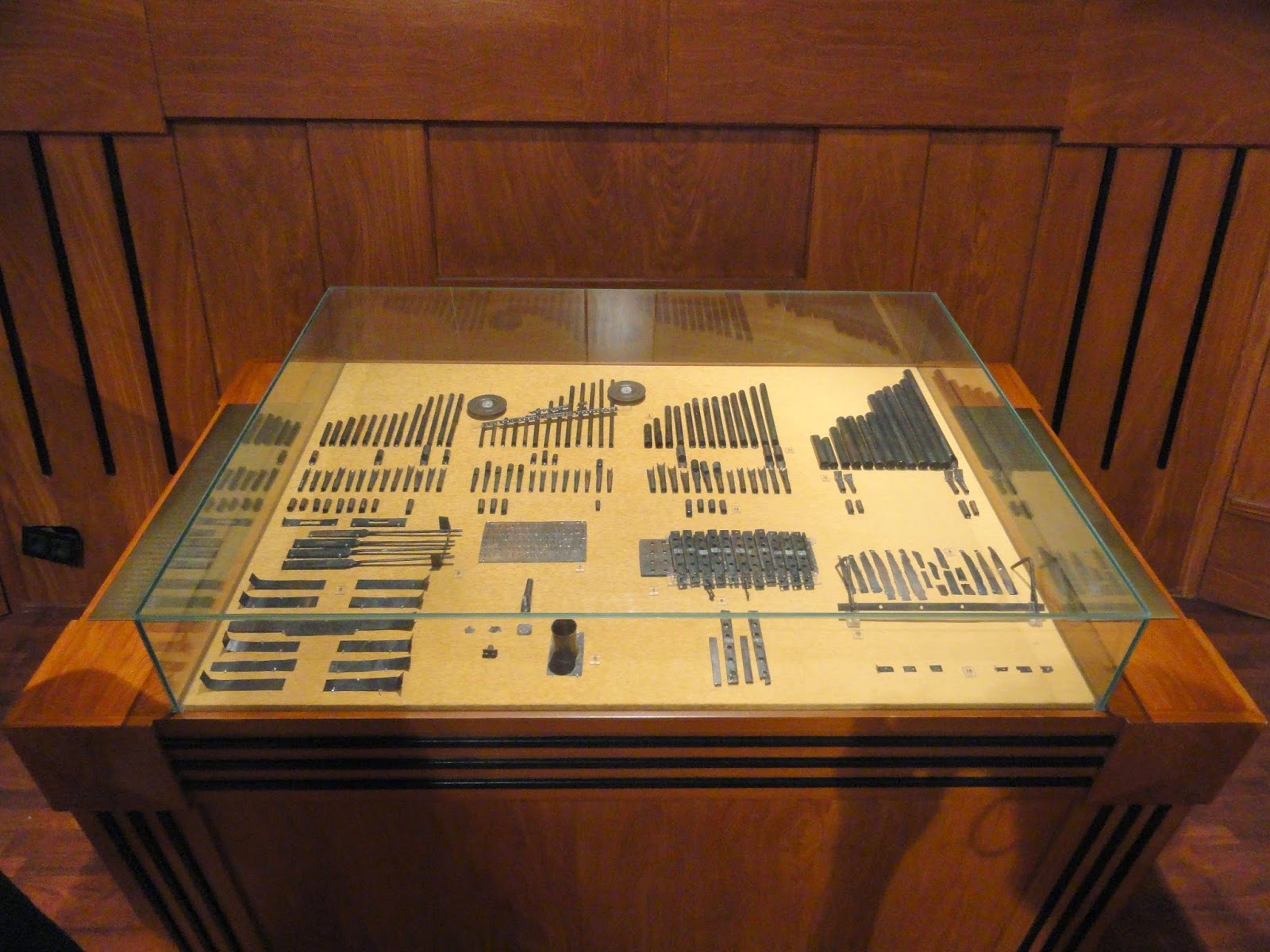 Off to the left of this is a reconstruction of the organ, also under glass, and they are playing a video on the wall behind so you can hear how it sounds (if you ever go there). 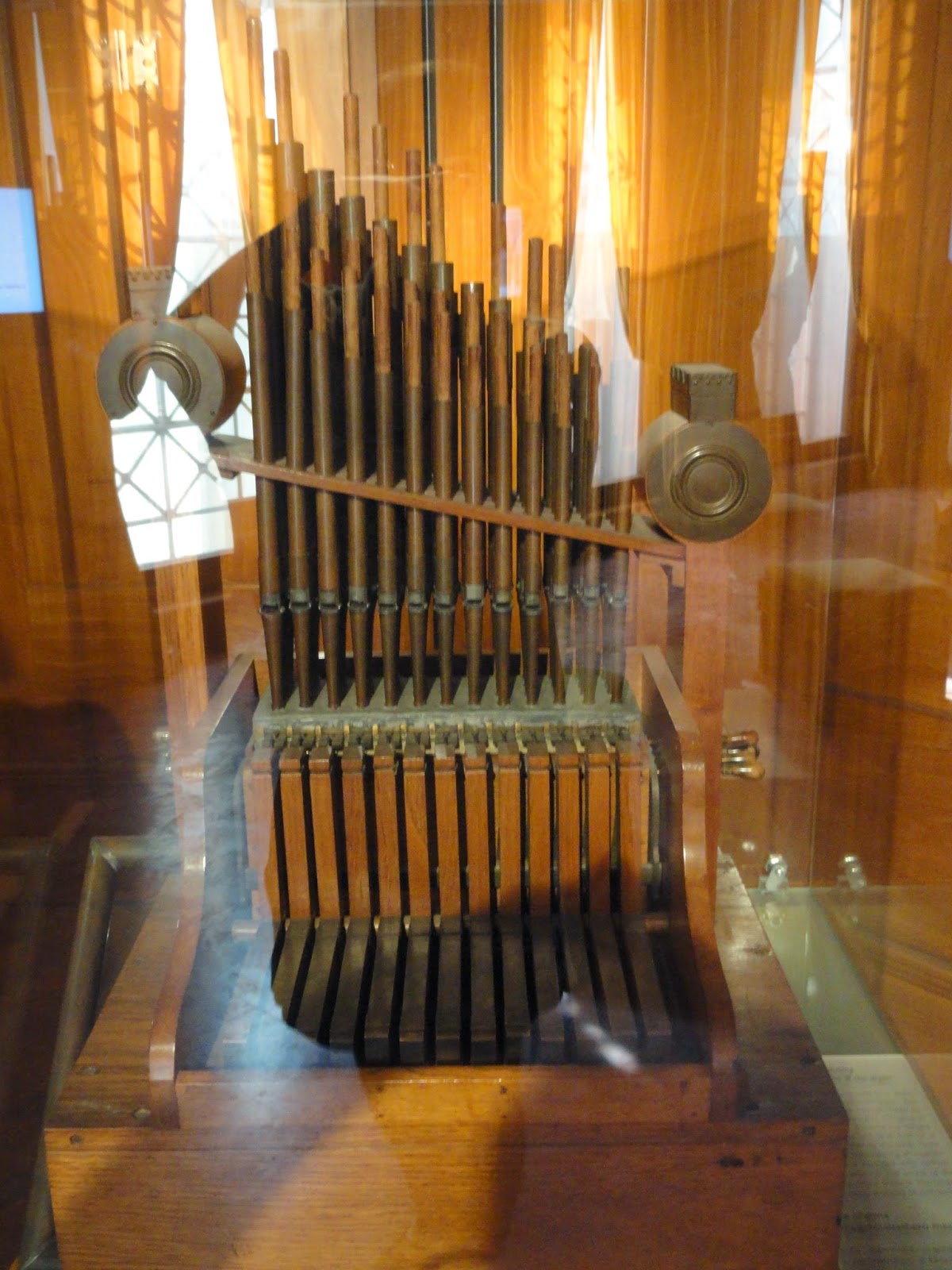 The immolation of this poor organ is made all the more strange when you consider that it was a type of "hydraulis" meaning that it used water power to move the air through the pipes. Perhaps, under the circumstances, the water was being used for other purposes.

The pipe organ seems to have caught on in Rome, in the days of the empire, and was soon a hit at the Roman circus.
Posted by michael at 8:00 AM