I thought you might like to take a little backstage tour and see what you are listening to here at pianonoise.

This Steinway B, built in 1911 and rebuilt in the mid 1990s is what I play on nearly all of the recordings I make (the exceptions being if I occasionally drop one in from a concert recording from someplace else). 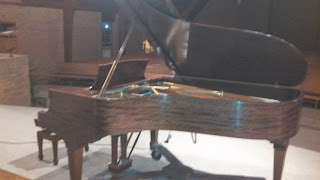 The world headquarters of pianonoise.com


This Schantz organ from 1984 makes most of the recordings you here on the organ side of things. I make the recordings from the back of the church usually so you can't hear key clicking and you get the resonance and ambience of the whole building. That means I have to start the recorder and run to the other end of the sanctuary to play. I edit that part out, unlike many of my Youtube colleagues who can be seen running to and from their instruments. 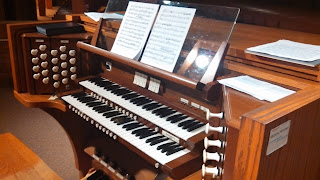 Since I place the microphones about twenty feet apart, you should get a pretty good idea of where the pipes for each sound are located. I've noticed that lately on a few recordings I've made. I'll divulge a map of the pipe room some other time! 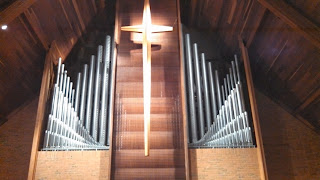 The digital recorder I use looks like it has been through the war. It is an MR8 from Fostex that I bought in 2003 and still works although there have been several instances where I have thought it was going to pack up. Most recently I had to have one of the connection re-soldered. One of the microphones kept cutting out in the middle of the recordings, which is kind .of annoying, and made me role about half-an-hour of "tape" in order to capture the three minute piece I'm going to share with you. 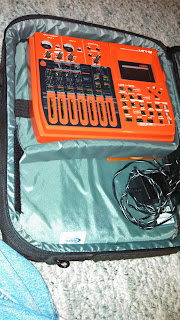 It is a piece I played on Sunday by a fellow named Charles Alkan, prodigy, eccentric, and soon to be 200-year old composer (later this month). Late in the piece, at the loud part, you can here three-note chords in the pedals, which took some figuring on my part since I wasn't used to it. But you live, you learn, and by Sunday I had it figured out. It didn't even seem that hard. Which means was really able to do it, finally.