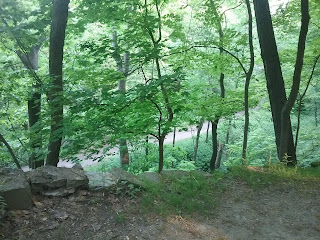 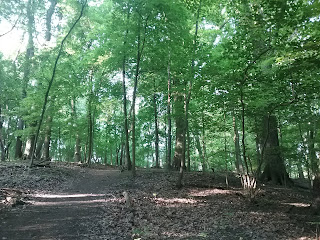 One of the pleasantest things about our current residence is its proximity to Frick Park. Pittsburgh is known for several lovely parks, some of which are quite large. This one originated as the back yard for Mr. Frick's children, because rich children need a place to stretch out that includes several hundred acres, usually (at least I think that sounds plausible), and has now been bequeathed to the city of Pittsburgh and its residents, who are allowed to go walking in it whenever the mood strikes them.

My first year in Pittsburgh was not wonderful. In order to continue my wife's education we had to move while I was in cancer treatments. That first semester, still recovering, unemployed, friendless, in a strange city, my days began with a walk in Frick Park. I spent the rest of it at the piano in our townhouse.

I first became acquainted with the park in July, when it is a vast forest of green, when it is impossible to tell, once you are in the park, that you are surrounded by city. In other seasons of the year it is possible to see distant cars appearing to race through the treetops. Frick Park is actually not all that vast (I think it may not be half a mile wide), but it is large enough to seem enormous when covered in green. It is about three miles north to south, however, and I have since been able to go for long runs along a trail that begins near my house and stretches for 4 and a half miles before stopping. After it leaves the park it continues along the Monongahela river for the final mile and a half. 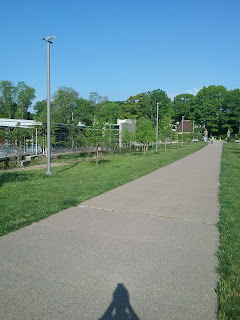 If you go at the right time of day there are not too many people, and it can be you and nature. There are, of course, some naturally occurring park benches at intervals, manhole covers, and well manicured paths, but the trees do not seem to mind. There are steep hills, just like in all of Pittsburgh. The network of paths provides many choices, and I spent many mornings exploring where they all led that first year. One of them goes to a science center, and flows past a scenic overlook. There are flowing streams, and a couple of empty fields. Pictures will really not do justice to the feeling of being there. I am not saying this to make you jealous; rather it is to remind me of what I have in the park, especially if we move next year and I no longer have it nearby.


There is a cast of characters in the park. A dog walking society comes through every so often. The dogs have been trained so that when someone comes by they all wait patiently in a large group by the side of the path. There also appear to be strange pixies that live in the trees, and if you look carefully you can find their habitations. There is also some artwork, provided by an artist who relishes terrible puns (which is redundant, I know. Is there another kind?) 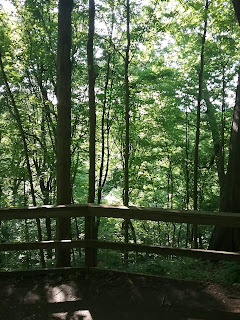 I will be quiet now, and just let you experience the park, as well as two dimensional pictures will allow. 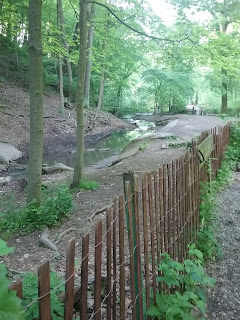 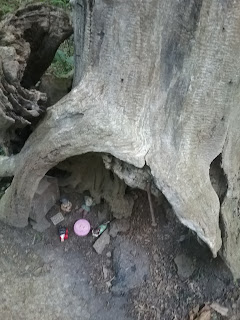 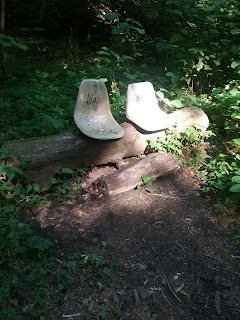 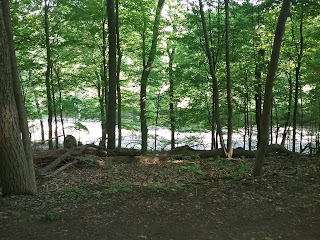 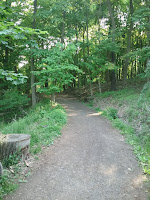 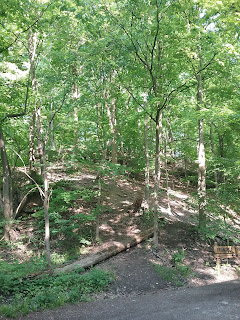 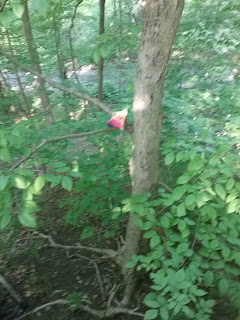 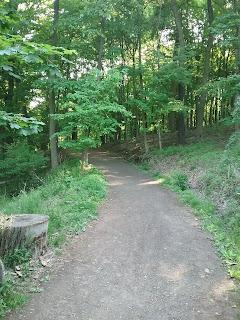