Poor Antonio. He gets to be the poster child for also-rans everywhere. And blamed for a crime he did not commit, to boot.

We save a special scorn for the losers of the championship games. The ones who never got there in the first place, or who can't manage to win as many games as they lose, we don't concern ourselves with. But we want to make sure the ones who challenge for the title feel our wrath, even if we have to torch Icaraus' wings ourselves. 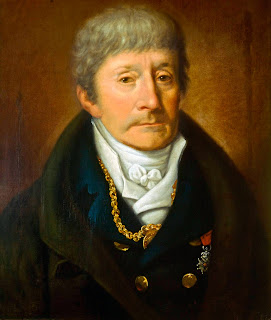 And we have to have winners. My favorite example in this regard is the uproar over baseball's All-Star game several years ago in which a meaningless mid-season exhibition game ended in an extra-innings tie because both sides ran out of pitchers. How dare we not have a winner and a loser! Just because there are 162 games a year in which ties are not permitted and an expanded playoff so that mediocre teams can topple the ones who really earned it is no reason to think Americans can get to sleep after a game that denied half of them their bragging rights!

Knowing who won the game is an important shorthand. It allows an athletic contest to be summed up succinctly around the office in the morning. It permits causal conversation between those who know something about the game and those who know next to nothing.  It allows you not to pay much attention to the details, have the game on in the background, note that some people are throwing a ball around, and move on . Or you can get very passionate about all the statistics and argue about a player's worth. Either way, the winning settles everything nicely. It isn't debatable. Somebody won the game and it is easy to know who. The smaller group who pays close attention knows who and so can the much larger group that doesn't care about the game nearly as much. If you want something to catch on you have to appeal to both groups.

The arts have never solved this problem. If you don't know much about the arts you probably aren't interested in going to a concert or a museum. For the more adventurous there are plethoras of program notes and books and plaques on the museum wall. They can be very interesting--or not. There are certainly plenty or people trying to communicate what they know and love about what is itself a fascinating form or communication. But they can't tell you who won. They can tell you who the important figures are, and they are, after all, history's winners. But in, say, classical music, we don't have head to head contests.

Well, except for one. Thanks to a movie, everybody knows Mozart beat Salieri by a mile, and Salieri got really sore about it and bumped Mozart off. It doesn't have to be history. It fills a need to know who won.

It is quite possible that most folks wouldn't be able to tell the difference between Mozart's music and Salieri's. The internet right now is filled with defenses of the man's music, saying he got a bad rap from the movie, that he is really a genius. This overstates the case a little. Having heard some Salieri myself, I think it is fair to say the man knew how to compose and it should be recognized that he was highly regarded in his day, and with good reason. But there is an obvious qualitative difference when it comes to Mozart.

The people of Mozart's time and place complained that his music was too complicated, just as they did about every other composer history remembers. It took some getting used to, and it doesn't have the kind of predictable repetition that allows you to hum along on first hearing, nor does a single melody reign supreme without dialogue from the supporting cast. In the end, though, somebody figured out that Mozart's music had something in it that humankind would want to keep around. That small group of devotees, the ones whose ears could tell them something the rest couldn't hear, somehow got their way. Now he is everywhere, and the bulk of humanity, most of whom really don't care that much, know at least this--Mozart is champion. He won the title. Suck it, you losers.

The reason they know it is partially by that same mysterious process through which they knew Bach, and Beethoven. Those passionate scholars spread the word, and over the decades, stars were born. But Mozart got an extra bonus. He got a playoff game in the public imagination in which he beat Antonio Salieri. Think that isn't important? Nearly everybody I've talked to knows that the movie isn't really history, and that Salieri probably didn't poison Mozart. And then in the next words out of their mouths they demonstrate that what they think they know is precisely what was in the movie. Why wouldn't it be? What else does the public know about Mozart? Are Mozart biographies flying off the shelves?

Salieri, I thank you. You are helping to keep the Mozart industry alive and flourishing. Not by producing highly dedicated, informed, passionate Mozart lovers, but by keeping the name on everybody's lips. Those ordinary, semi-informed people have an important role to play. Just ask the NFL. I hope you will absolve us, not for being mediocrities, but for abusing you so. Most of us, if remembered at all, get used for something very different after our death than we stood for in life. History is written by the winners, after all. Anyway, you didn't have a bad run. And you were head opera composer for a while, and those Viennese had to blame somebody. So now your are a household word. It is a good thing the emperor liked your operas so much.

No, you were perfect. And what wasn't perfect got a makeover. And now some of us are actually listening to your music. I listened to your Requiem the other day, in fact.

Not a bad piece. And just the right number of notes, too.

----
This week on pianonoise.com, Bach's little organ fugue, Haydn's a few measures short of a minuet, and the piano in disguise. You'll see what I mean on the homepage, updated every Friday.